Shortly after the Lunar Module Eagle touched down at Tranquility Base, astronauts Aldrin and Armstrong aboard the Apollo 11 mission would don their bulky space suits and step carefully down onto the dusty ground, becoming the first visit by humankind to the lunar surface. Naturally, the tools chosen to record and document this momentous occasion represented the best technologies of the time – including the still camera of choice, a Hasselblad. That selection was the result of years of close collaboration between the Swedish camera manufacturer and the American space agency to ensure that its professional medium format cameras could stand the rigors of intense temperatures, vibration, and decreased gravity in space. Not only have these photographs provided scientific insight but have proven to be legendary marvels recognized the world over representing the human existence. Fifty years later, on 20 July 2019, Hasselblad proudly celebrates its role in being the cameras that were chosen by NASA for space photography, and even more so, the cameras that documented the historical moment of the first men on the Moon.

Hasselblad and NASA’s journey together began seven years previous to the Apollo 11 mission – in 1962 during the Mercury program. As a photography enthusiast, Naval Captain and Mission Pilot Walter “Wally” Schirra owned a Hasselblad 500C already. Knowing the high quality of the Hasselblad camera, Schirra suggested to NASA that they use a Hasselblad to document space since the previous camera model utilised delivered disappointing results. After buying a few 500Cs, a weight-loss program followed including removal of its leather covering, auxiliary shutter, reflex mirror, and viewfinder. A new film magazine was constructed in order to allow for 70 exposures instead of the usual 12. Finally, a matte black outer paint job minimized reflections in the window of the orbiter. The streamlined Hasselblad would find itself in the payload for Mercury 8 (MA-8) in October 1962. The successful, high quality images that Schirra captured across his six orbits of the Earth would spark a new chapter in the history of Hasselblad and a long, close and mutually beneficial cooperation between the American space agency and the Swedish camera manufacturer.

Considered one of the most iconic moments is that of Apollo 11’s descent and exploration of the lunar sur- face. Taken down to the surface was a Hasselblad Data Camera (HDC) fitted with a Zeiss Biogon 60mm ƒ/5,6 lens and 70mm film magazine containing specially formulated thin-base Kodak film, allowing for 200 images per magazine. A second Hasselblad Electric Camera (HEC) with a Zeiss Planar 80mm ƒ/2,8 lens was used to shoot from inside the Eagle lunar module. Installed in the HDC was a Réseau plate, which optically imprinted fixed cross-marks allowing for photogrammetric measurements to be made from the resulting negative. The HDC was specifically designed to cope with the rigors of the lunar surface; it was painted silver as a way to stabilize the camera when moving between temperatures ranging from -65° C (-85° F) to over 120° C (248° F). Armstrong carried out all the photography himself on the lunar surface with this HDC attached to his chest, which had never been tested in space before, adding to the pressure of this once in a lifetime moment. Would the one Hasselblad camera capture the results everyone was hoping for?

Working perfectly under the extreme conditions of the lunar surface, the HDC produced some of history’s most iconic photographs. After the successful shooting on 21 July 1969, the Hasselblad was hoisted up to the lunar lander with a line. After securely removing the film magazines, both cameras with lenses and ancillary support accessories, along with other collection tools, components, and waste were jettisoned in order to meet narrow weight margins for successful return. The succeeding five Apollo missions to land would repeat this practice, resulting in a total of 12 Hasselblad camera bodies with lenses still left on the Moon.

The collaboration would continue well into the 21st century with continually updated Hasselblad cameras being a vital part of manned spaceflight well into the Shuttle program. With each development handled jointly between NASA engineers and Hasselblad’s precision manufacturing team, the shared results would benefit the manufacturer too. Features such as enlarged control surfaces designed for bulky space suit gloves would result in changes made in the design of Hasselblad’s professional camera systems, while later missions would be afforded the accurate internal metering system on later camera models.

Celebrating 50 years on the Moon, Hasselblad is proud to have been part of a significant chapter in both photographic and human history.

Stay tuned in July to see how we commemorate this momentous occasion.

Read more about Hasselblad in space along with images here. 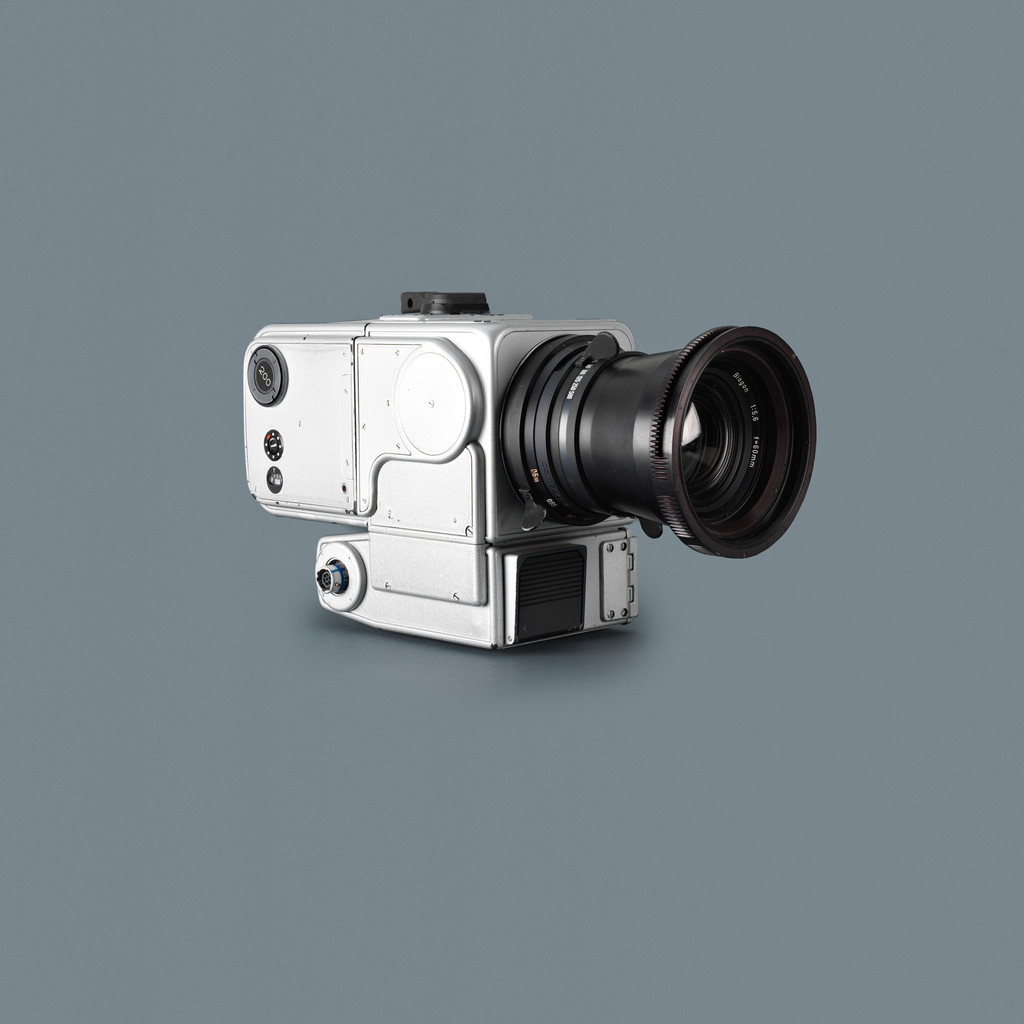 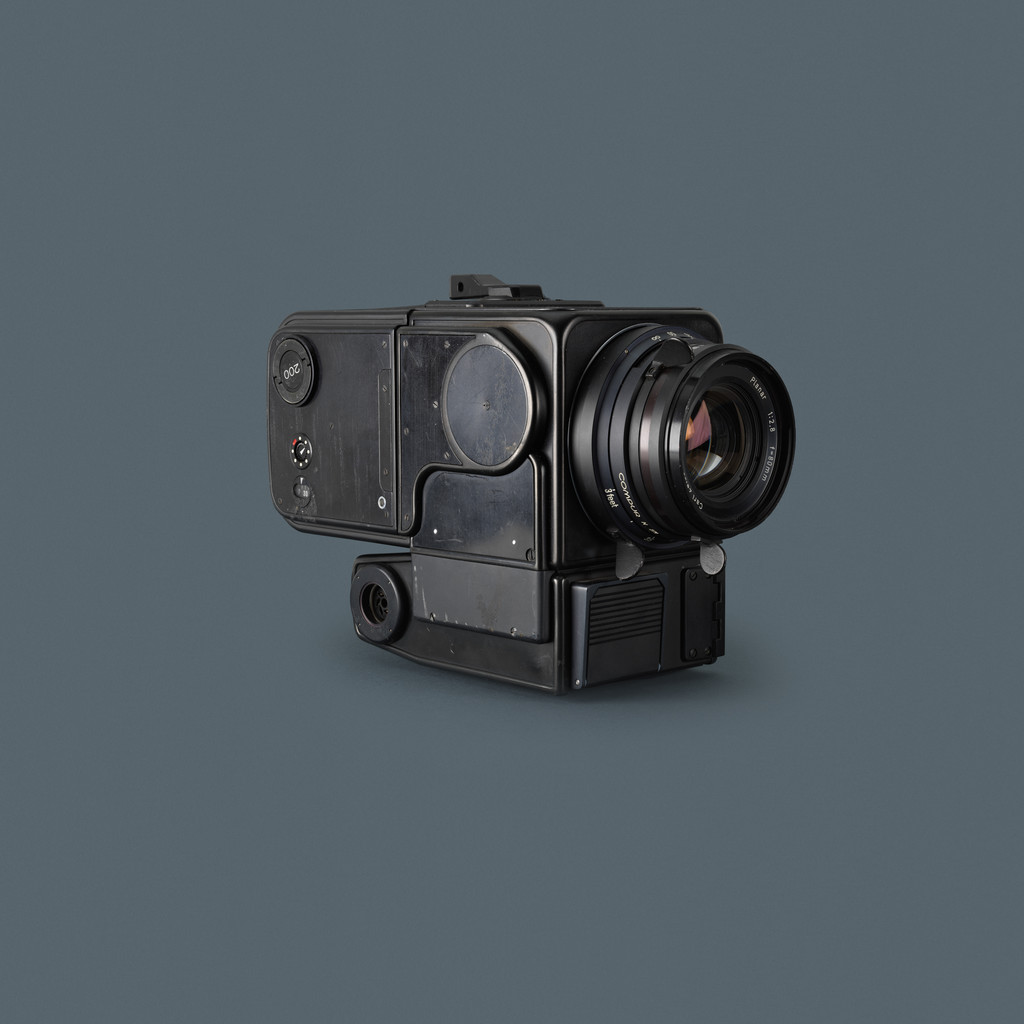 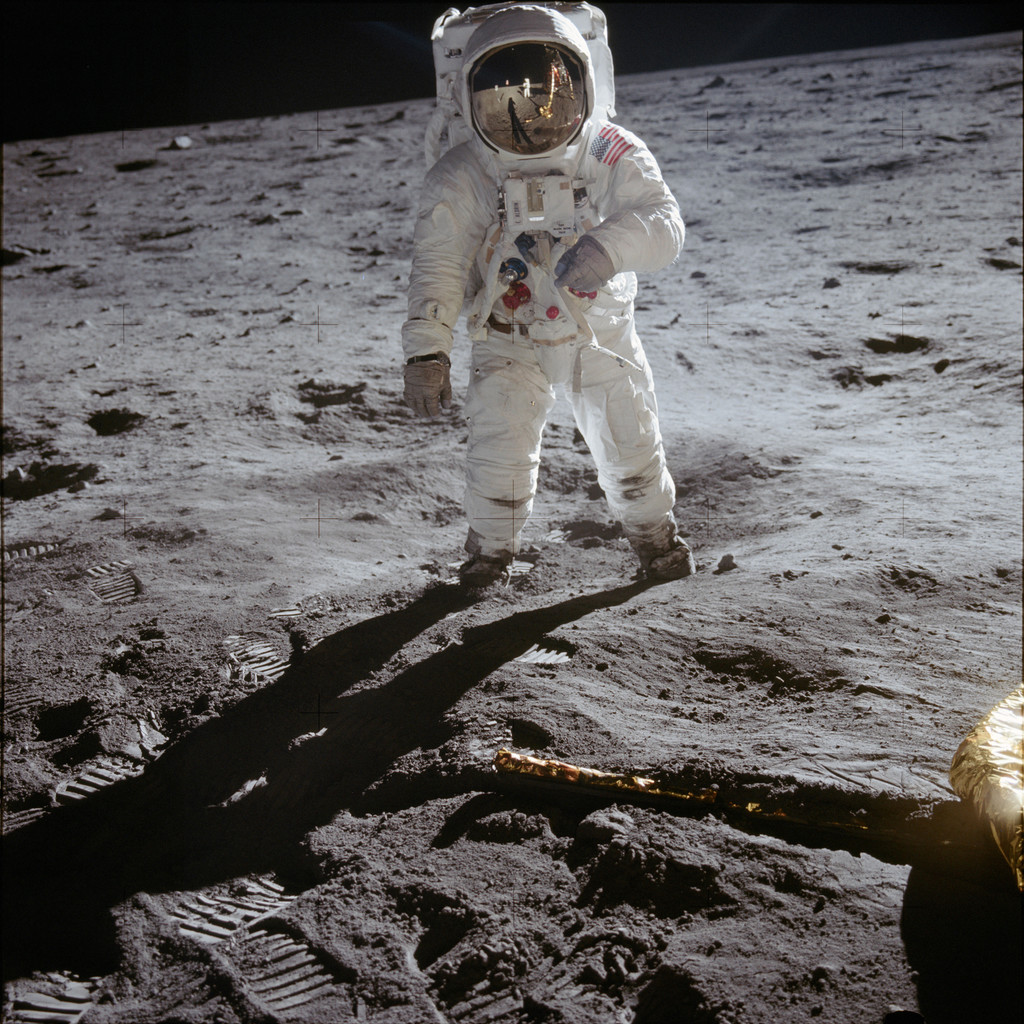 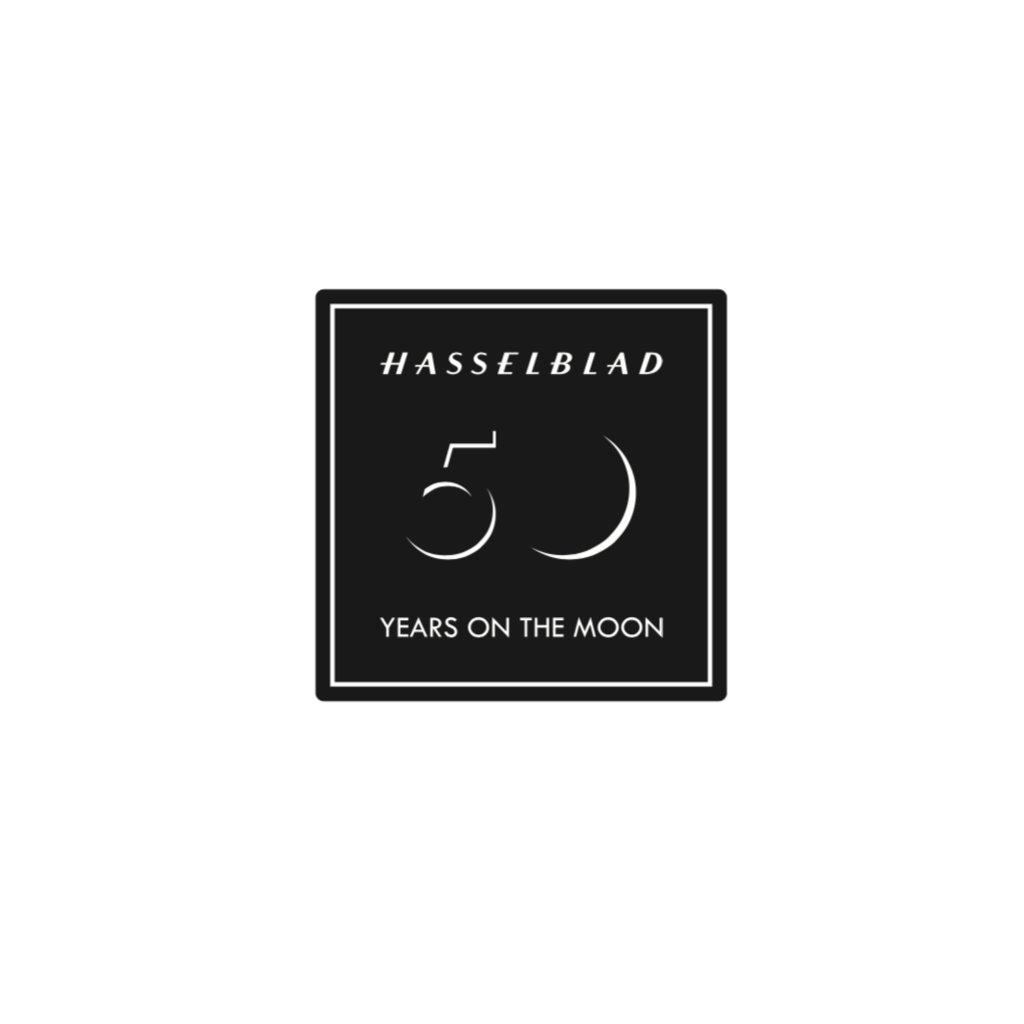 Hasselblad 50 Years on the Moon logo

HASSELBLAD CALLS UPON ARTISTS FOR CREATIVE EXPRESSION FROM HOME WITH #INSPIREDWITHHASSELBLAD