Blending science and tech with an abstract touch, NASA contract photographer Chris Gunn has been the lead photographer on documenting the construction of the James Webb Space Telescope since 2009. Set to launch in 2021 as the successor to the Hubble Telescope, Chris’s images are crucial to letting the world see the world’s soon-to-be most powerful space telescope come to life. Taking inspiration from engineering drawings, renderings, and science fiction films, Chris plays with light to add more dimension to his images and separate his work from more traditional mission photography using both H and X System cameras. 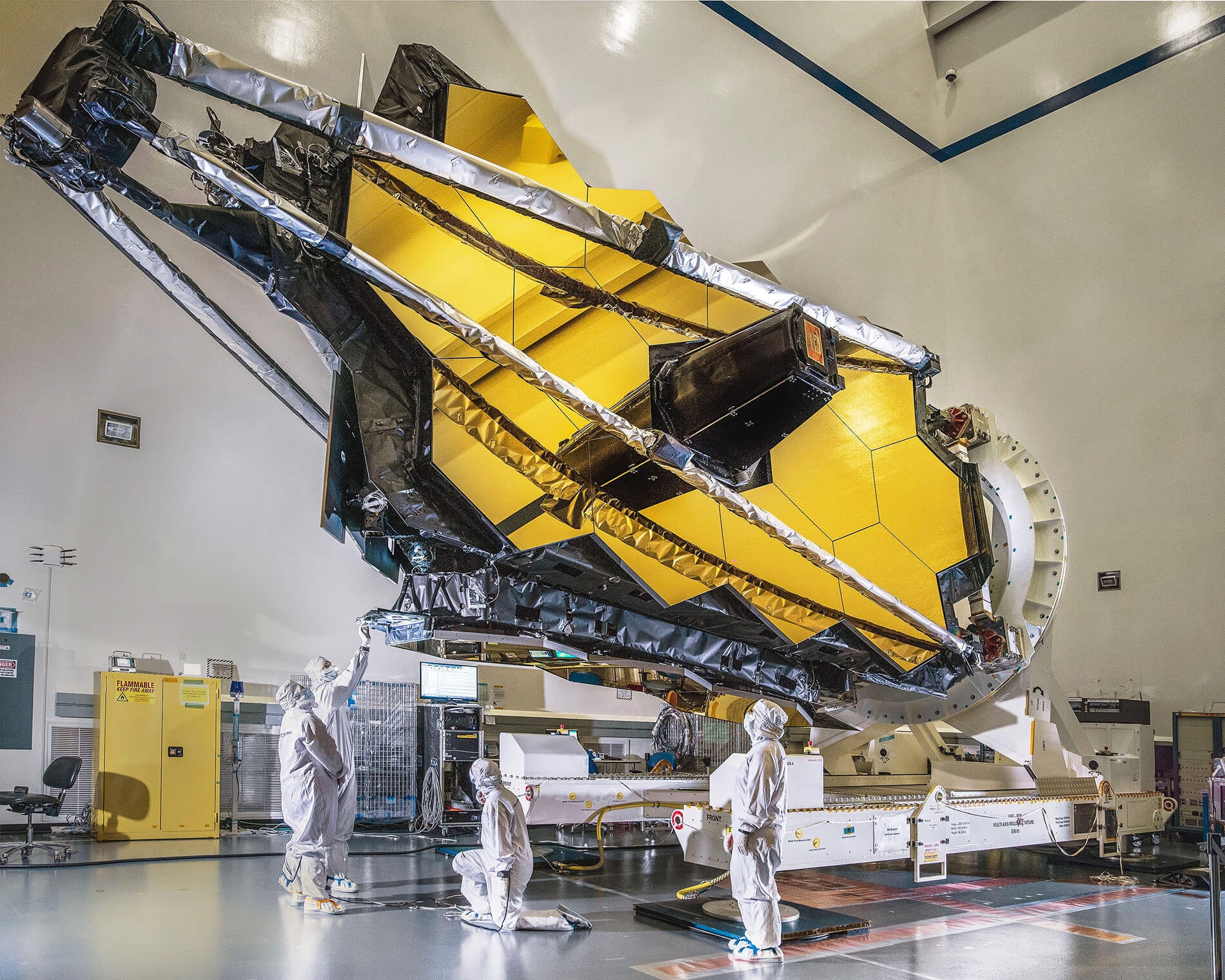 Located just outside of Washington in Greenbelt, Maryland, USA is the Goddard Space Flight Center, NASA’s first space flight center which is host to the country’s largest gathering of engineers, scientists, engineers, and tech authorities who develop and build spacecraft and related devices for studying the universe. There, you can find the team working on the James Webb Space Telescope (JWST) or Webb Telescope, as it’s sometimes referred to. Bigger and even more powerful than the Hubble Telescope currently used by NASA to explore far off galaxies, the JWST will be able to see even further, specifically into the first galaxies ever created. Having been the contract photographer for NASA at the GSFC for the last 19 years, Chris took the lead on documenting the JWST 10 years ago, a task he never quite imagined getting.

When I found out about the opening at Goddard, I thought, ‘Wow that would be an amazing place to work’. I grew up 10 miles or so from Goddard but had never visited. NASA was looking for a corporate photographer, someone who could photograph anything well – headshots, photos in labs, groups, meetings, everything. I was interviewed, showed some of my work, and was offered the position the same day. The longer I worked at Goddard, the more I admired the scientists and engineers that I photographed. I would strike up conversations about their work, and when I was done shooting, I would research the topics of our discussions. The love I had for science and engineering as a child began to re-emerge. I was asked to join a team of photographers that documented the last Hubble Servicing Mission. As part of the photographic team, I even sat on console at mission control. After the Hubble mission, I was asked to become the mission photographer for JWST. I had heard rumblings of this next generation space telescope for years and had actually photographed many of the technologies used in its development. I never thought I would be a part of the Webb team. 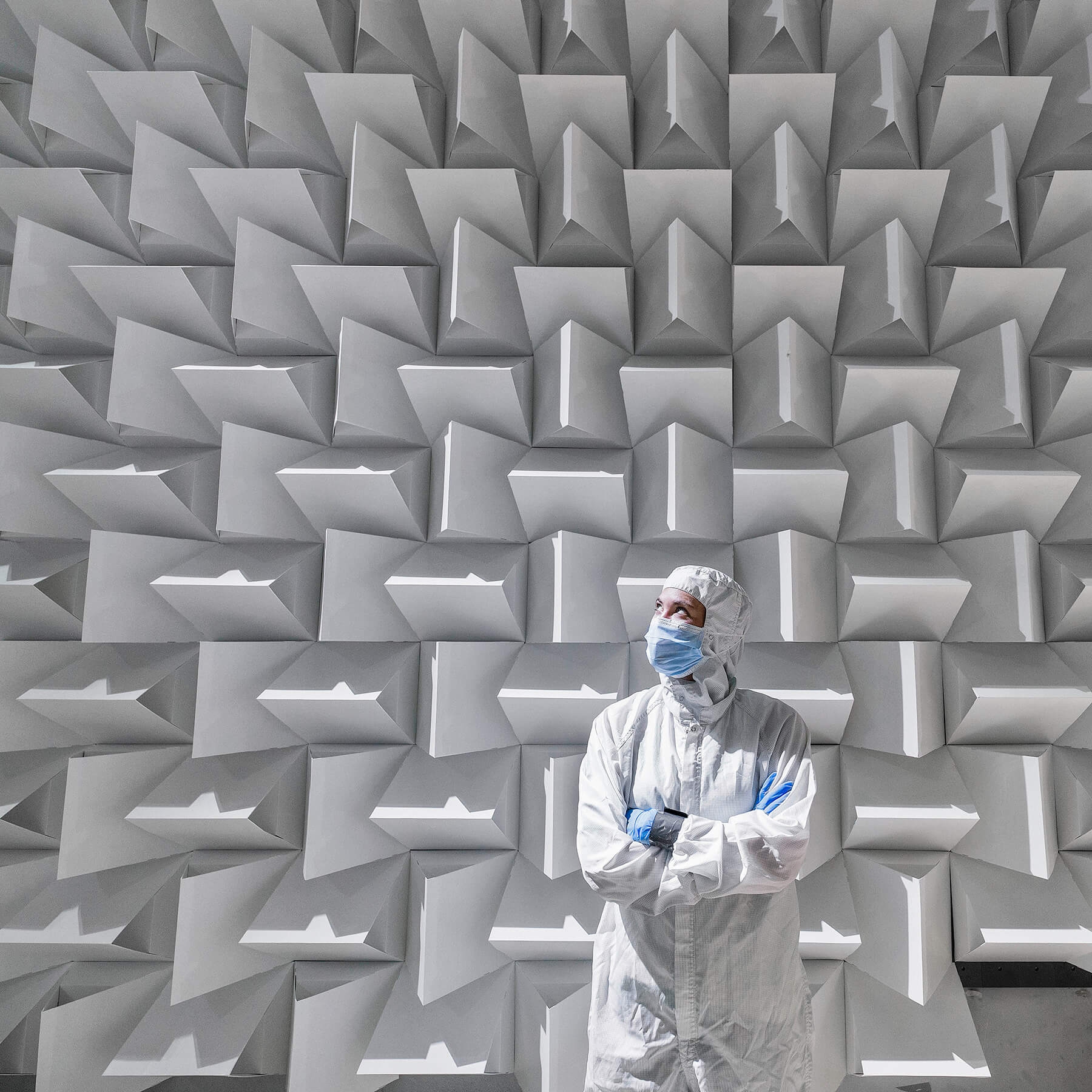 What was NASA’s aim in tasking you with documenting the construction of Webb?

NASA documents everything associated with all of its projects. Bolts and washers are given as much attention as gold mirrors – we document everything. Another facet of NASA’s overall mission is to inspire the public. That’s the other part of my job and that’s where I learned to combine my passion for photography with my love for science and engineering. Many of the photographs are used in the JWST image archives which is a library of images for internal use. My public images have been published in Wired Magazine, National Geographic, Popular Science, The New York Times and other international publications. They’re also featured in NASA’s own social media channels, giving them a worldwide audience. 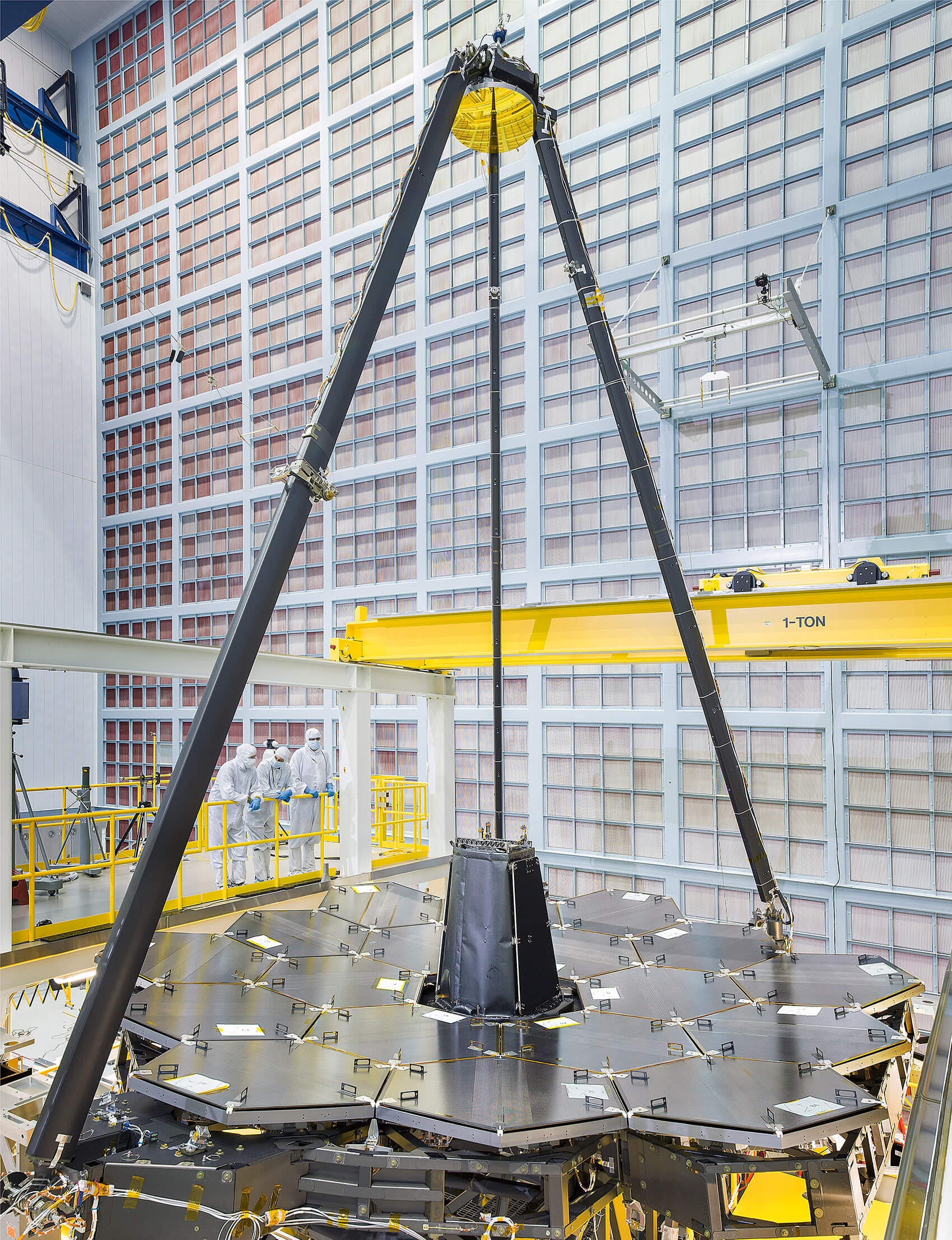 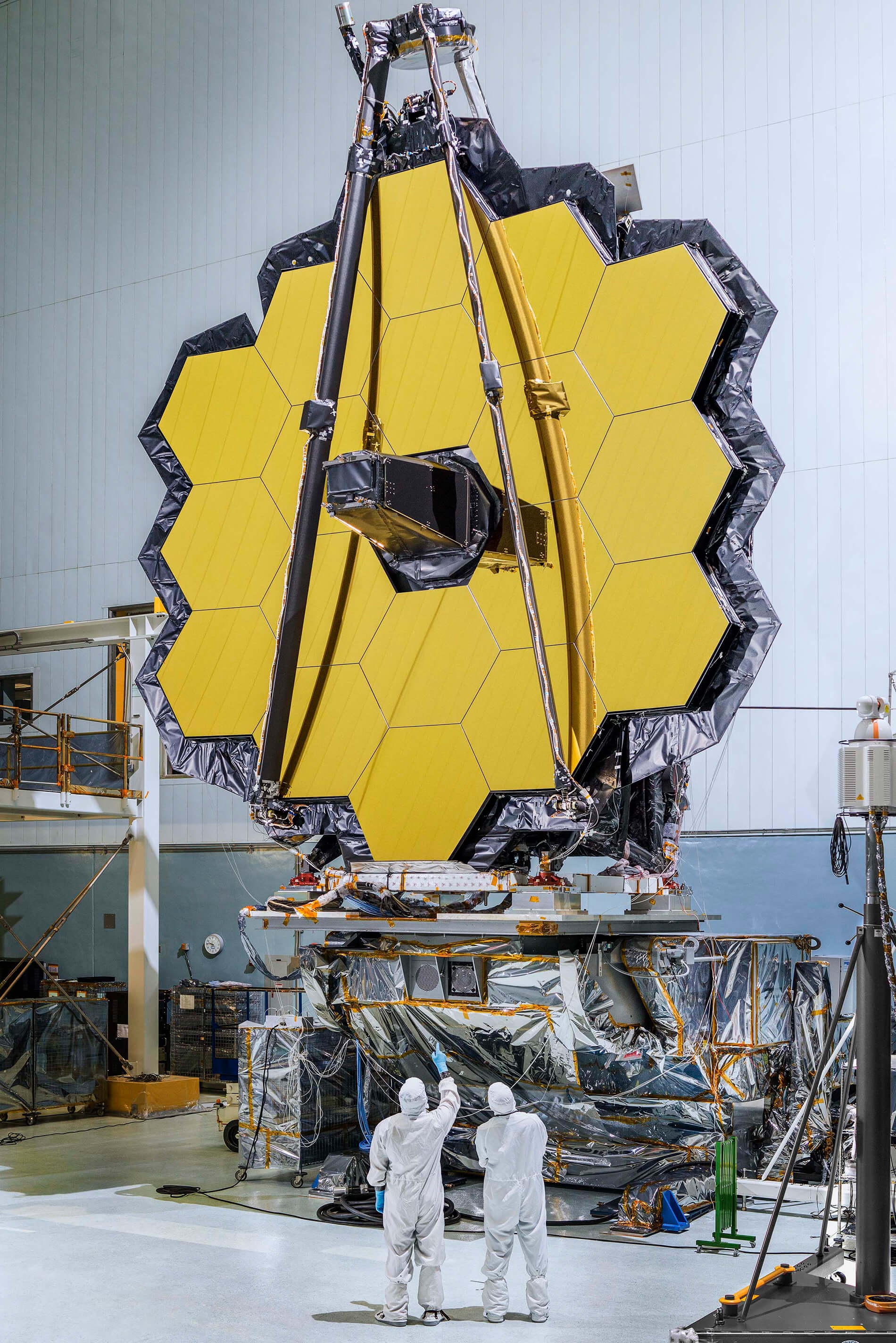 How has your experience been to document the telescope? Can you describe your workspace?

Most of my work on the telescope has been done in controlled environments/cleanrooms. I have to wear special garments that protect the space-bound hardware from human contamination like fibers and skin cells. I’ve followed the telescope from Goddard to Johnson Space Center in Houston, Texas and then onto Northrop Grumman’s Space Park Facility in California. At Goddard, the work was performed in the Spacecraft Systems, Development and Integration Facility. At 36,811.76 cubic meters, it is the largest cleanroom of its kind in the world. It’s as clean as an operating room. At the Johnson Space Center, the telescope was tested in “Chamber A”, a historic vacuum chamber used during the Apollo missions. Chamber A was chosen because it was large enough to accommodate Webb. Northrop Grumman’s cleanroom is the place where the telescope will be joined with the Spacecraft Element. Transportation between these locations was done on a grand scale too. The US Airforce flew the telescope from location to location using the C5 Galaxy cargo plane. 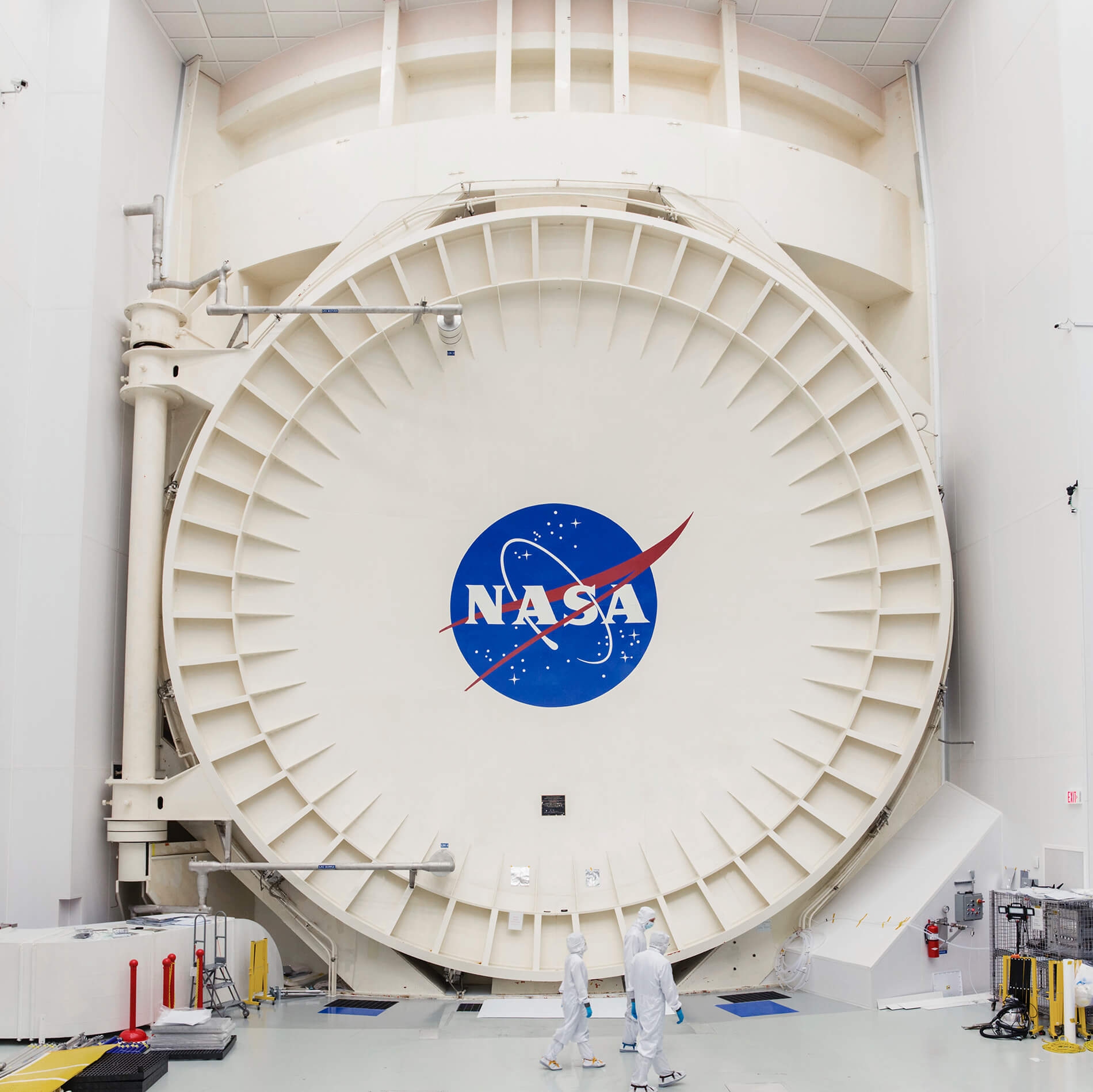 How do you work with the engineers on site in terms of photographing them as they work?

I’m embedded in the engineering team and attend most of the planning meetings. They inform me about any technical photographic needs they have, and I build my creative workflow around those requirements. Working with the engineers and technicians is incredible. I’m part of the action. Much of the work is done slowly so there’s a lot of waiting for the right moment. That’s when I make some of the best photographs. Occasionally, I’ll get a small window where I can “direct” the team to create a specific shot. 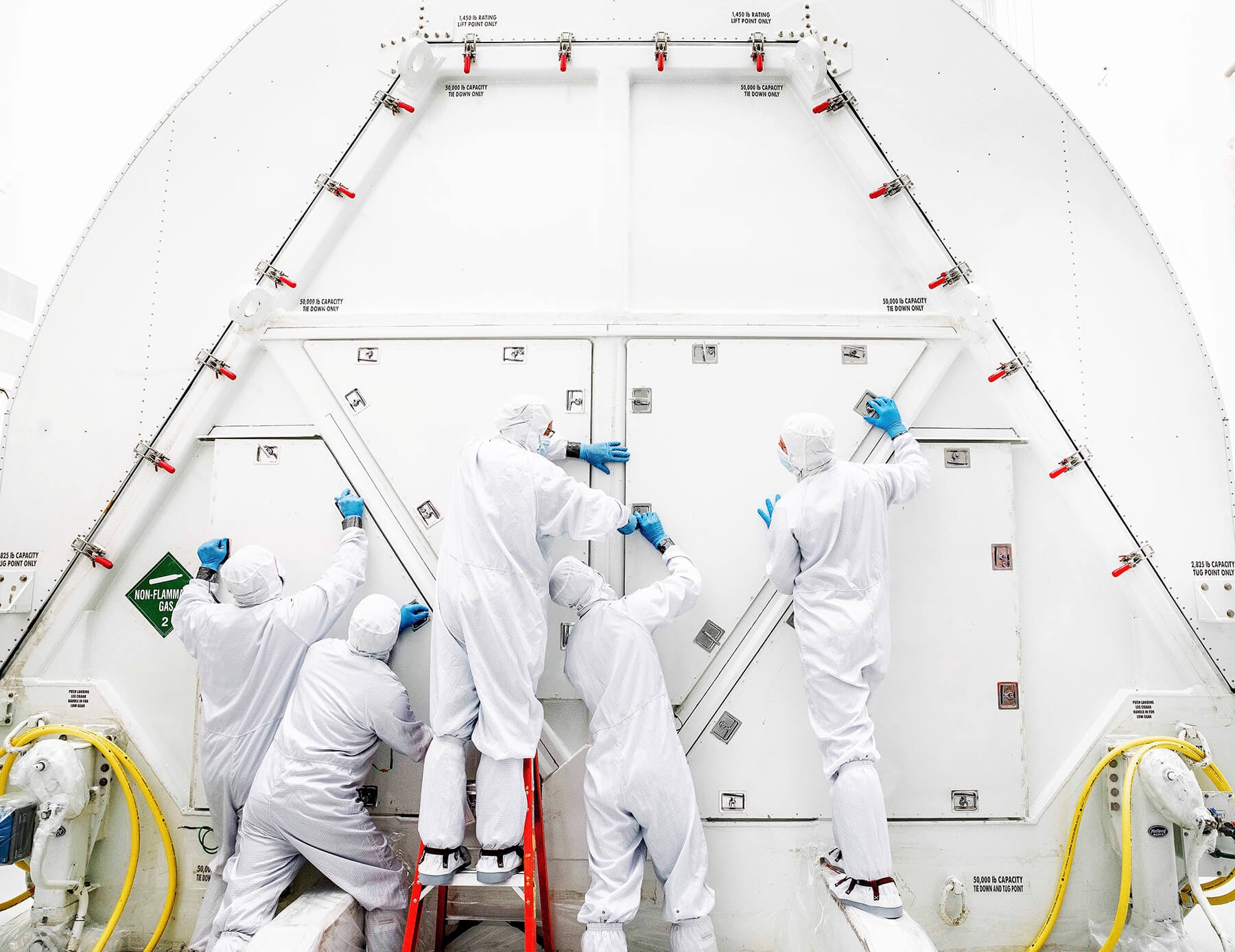 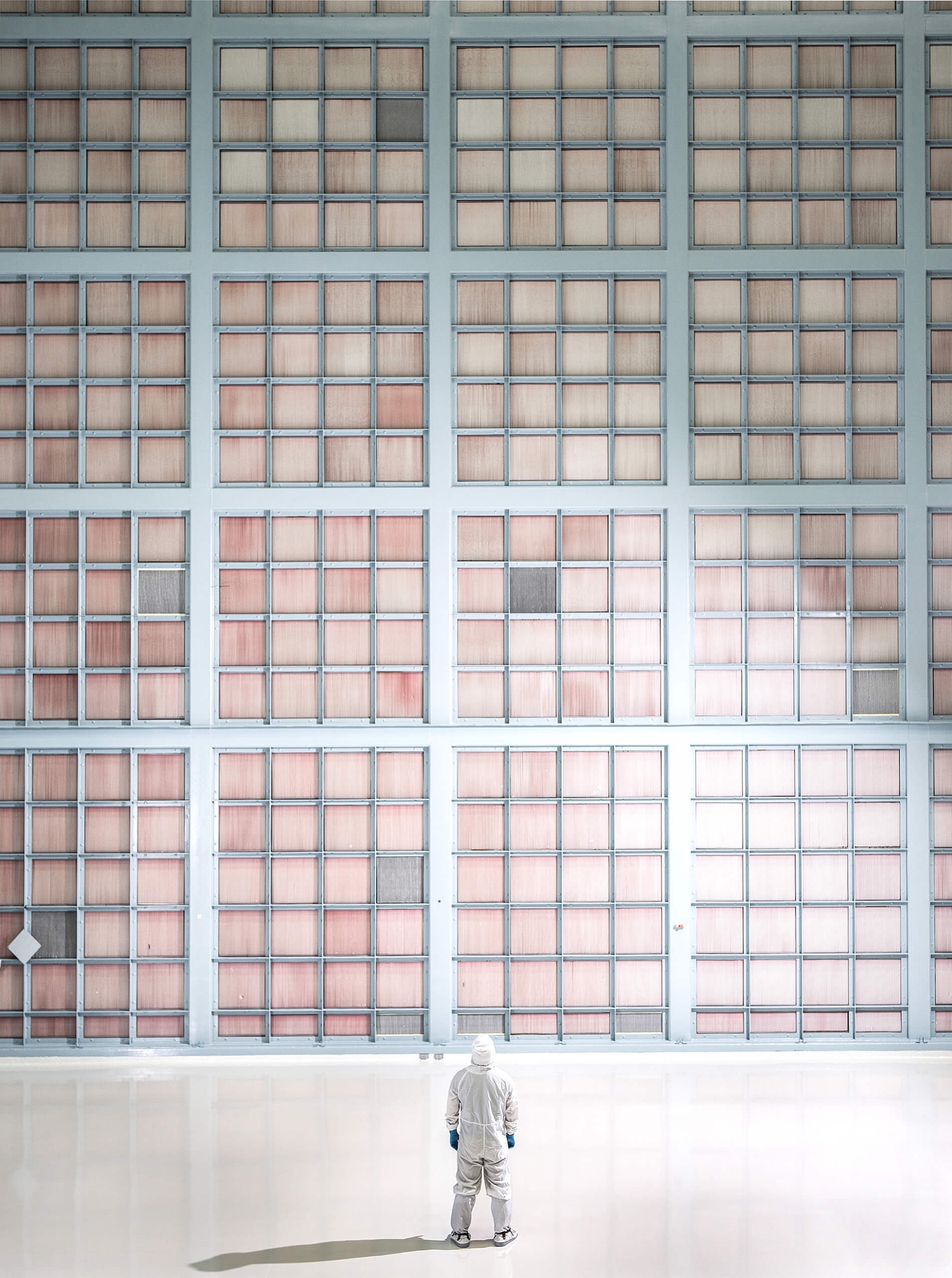 Your images superbly blend science and tech with an abstract feeling. What has been your process for capturing these images?

I began to realize how amazing and unique an opportunity I had as soon as the various parts and instruments for the telescope started to arrive at Goddard. There was the sense that something truly historic was taking place. Drawing inspiration from engineering drawings, renderings and science fiction films, I began to use light to add more dimension to my photographs. This was key to achieving the feeling I wanted to convey. I also strove to eliminate as much distortion as possible, so camera position and lens selection became very crucial in elevating my work and separating it from traditional mission photography. I wanted the photos to be dramatic but real, epic yet approachable. 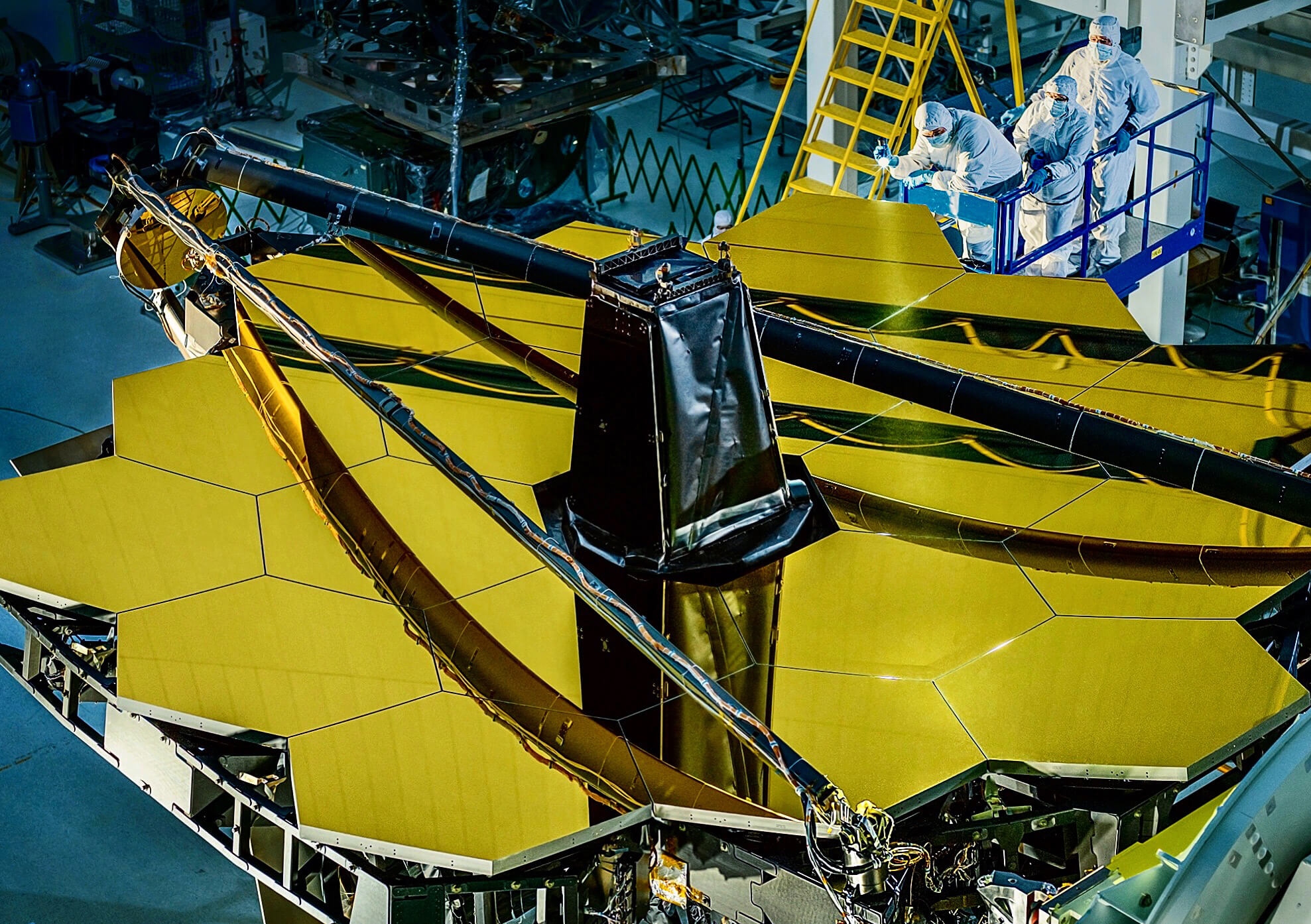 How have Hasselblad cameras been advantageous for documenting the Webb, both in the shooting phase and the final files?

I started shooting with the H5D-50c initially. I have shot with it handheld, but I prefer shooting with it on a tripod. The optical viewfinder was organic, bright and familiar. The X1D-50c is versatile. Handheld shooting with the X1D gives you a mobile medium format experience. I often use both cameras on the same shoot. I also like to wirelessly tether them to an iPad for fine focusing and image review. I even recently shot with the H6D-100c – it had the X1D’s user interface and was a dream to work with.

Both the H5D-50c and the X1D-50c have given me the chance to produce fine photography again (since I shot medium format film before). The resolution is breathtaking with the finest details visible with amazing clarity. Colour is always accurate, and I can tweak colour temperature in camera easily. The dynamic range gives me an incredible latitude for adjustment. There’s always a ton of recoverable detail in the highlights and shadows.

Washington D.C. native Chris Gunn got his first camera at 9 years old and soon after converted a spare room in his house into a darkroom and the garage into a studio. Studying political science and communications at university with just a few photography classes on the side, he was all but certain that he wouldn’t actually pursue a career in the medium – that was until a classmate suggested a course on large and medium format photography. Working with larger formats introduced Chris to a different style of shooting that was more contemplative. Excelling in fine art photography and printing, he continued to assist his photo professor and eventually opened his own studio and started shooting editorially for local and national publications.

The resolution is breathtaking with the finest details visible with amazing clarity.

As a project that started off with confronting her own mortality after caring for her mother suffering from Alzheimer’s, Isa Leshko embarked on a decade-long project photographing  elderly farm animals. Rescued from various meat and dairy factory farms and taken to sanctuaries, these farm animals represent the small population of those who actually get the chance to grow old. Creating connections with pigs, cows, turkeys, and sheep, among others, Isa captured the unique personalities of each animal on film through the lens of her Hasselblad 503CW.