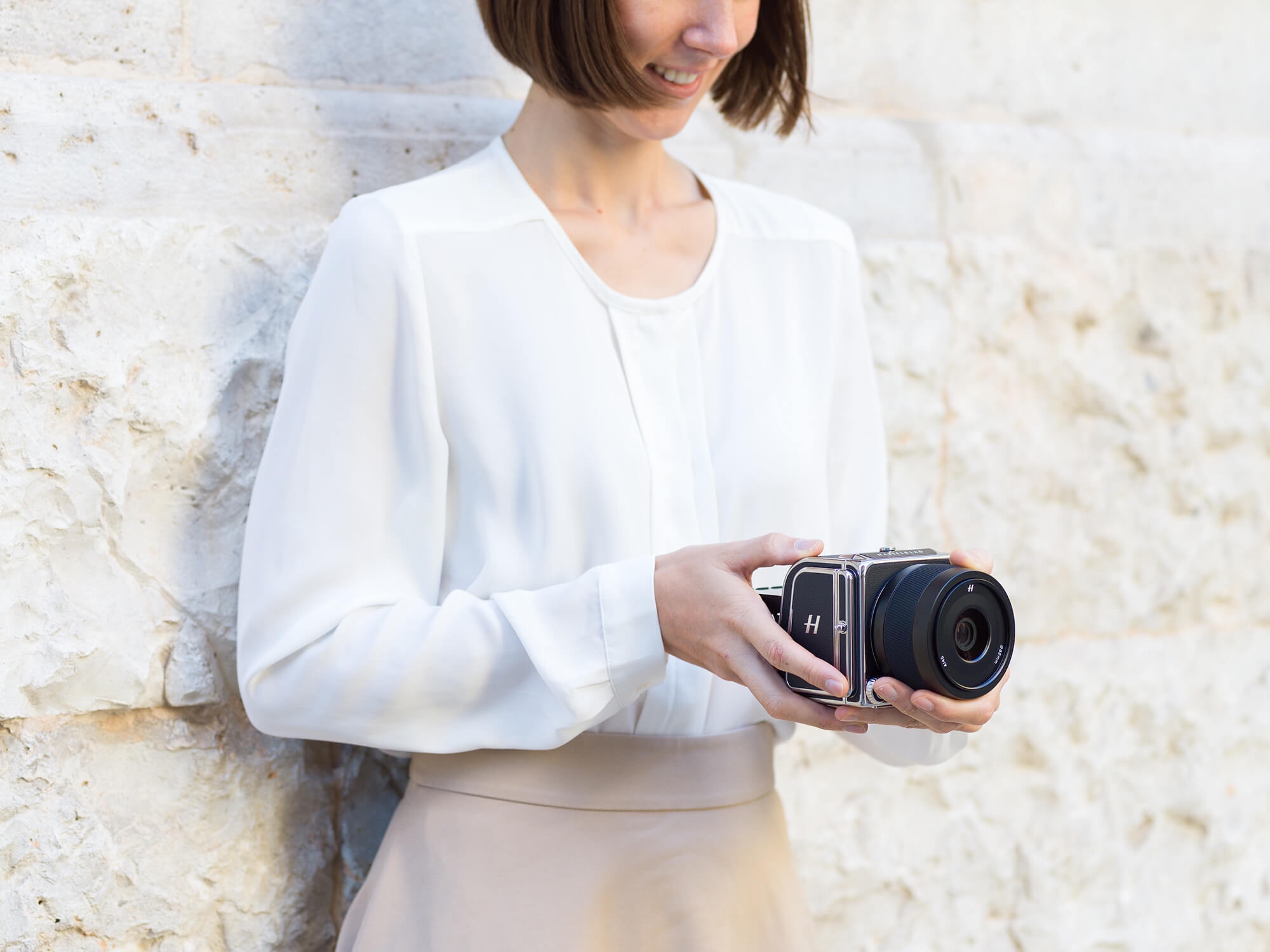 The 907X 50C has exceeded all of our expectations! We’re pretty sure this is not only the most beautiful looking camera we’ve ever held in our hands, but also one of the most exquisitely designed objects ever made. 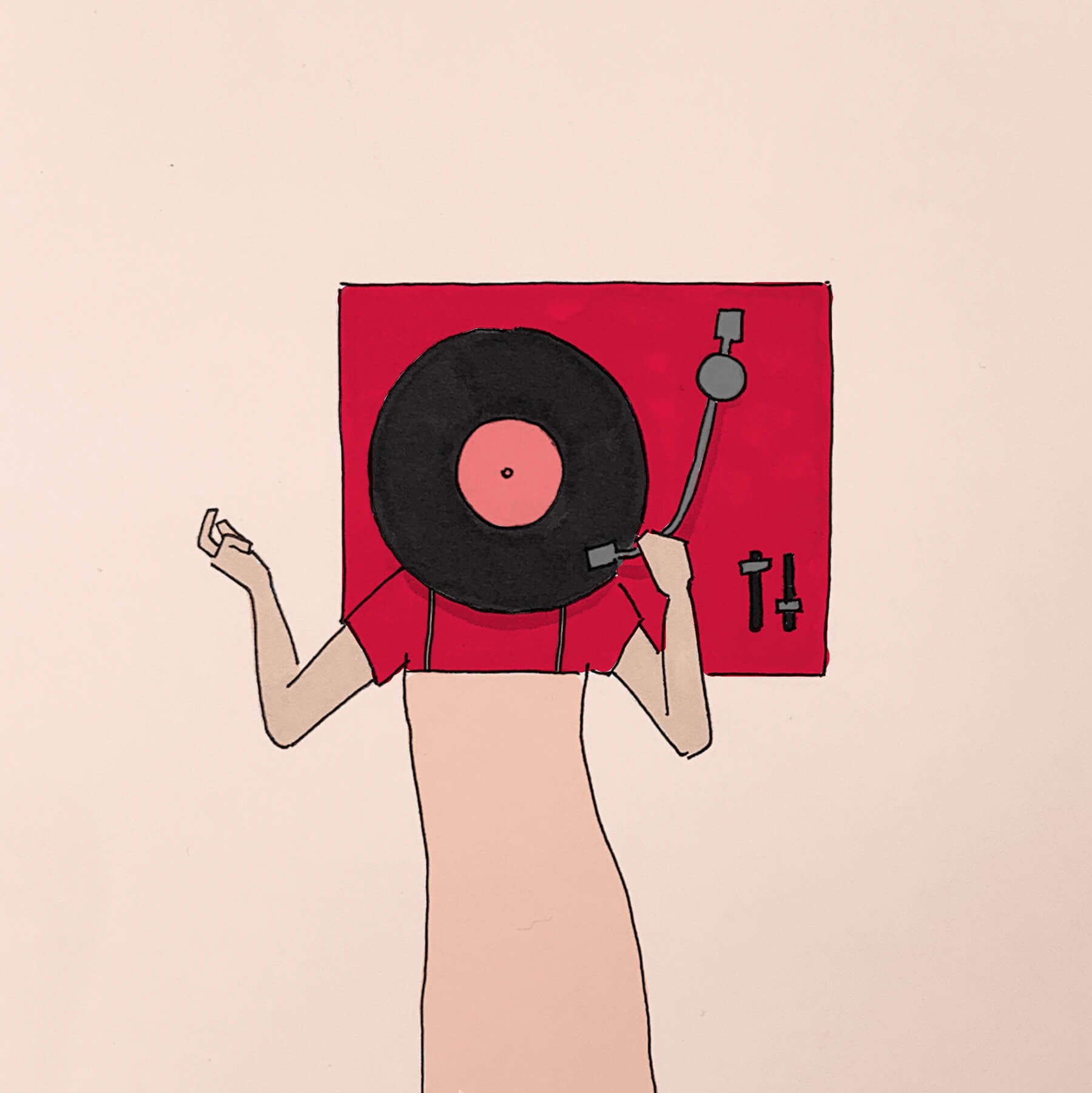 “Hat-mony”, the latest addition to our ongoing series “What the Hat?!”, uses handpicked clothing items and handcrafted props to depict one of those iconic objects whose look-and feel will forever go down in the history of design, much like the V System cameras that the Hasselblad 907X takes its inspiration from. As anyone can imagine, this type of image requires a lot of patience when you’re going from store to store trying to get everything you need for the shoot. And sometimes what you’re looking for doesn’t actually exist! But even though we hate facing that reality that after hours on end tirelessly scanning every open store, we absolutely love costuming fashion items like this big straw hat we turned into a vinyl using black and pink spray paint.

To us the 907X feels as good on a tripod as it does handheld. And although we pretty much always shoot with the former, we’ve really enjoyed taking pictures at waist level for the first time ever. We feel like this shooting style, reminiscent of Hasselblad film cameras, is going to allow us to see the world around us from a completely new (yet classic!) perspective. 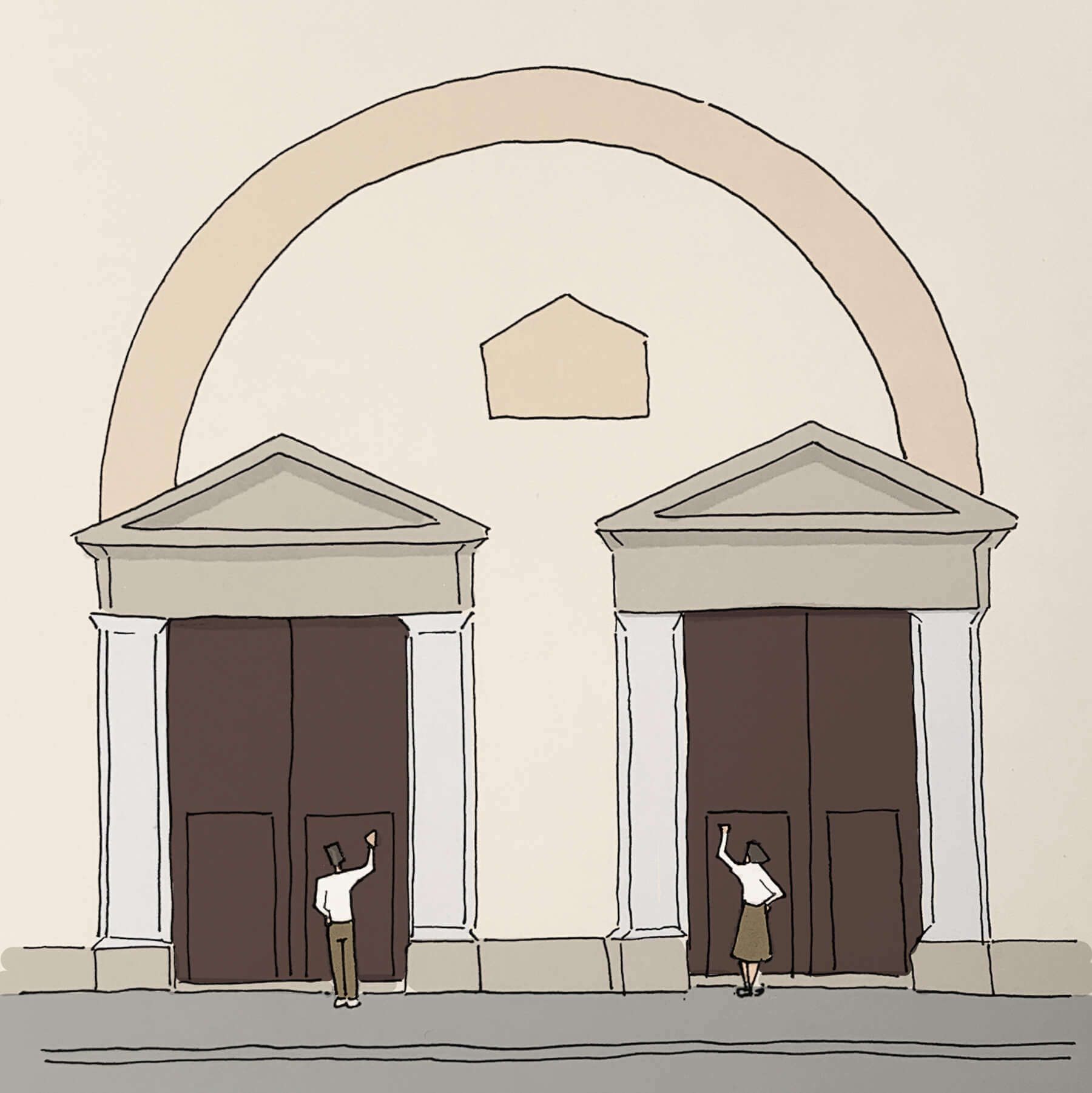 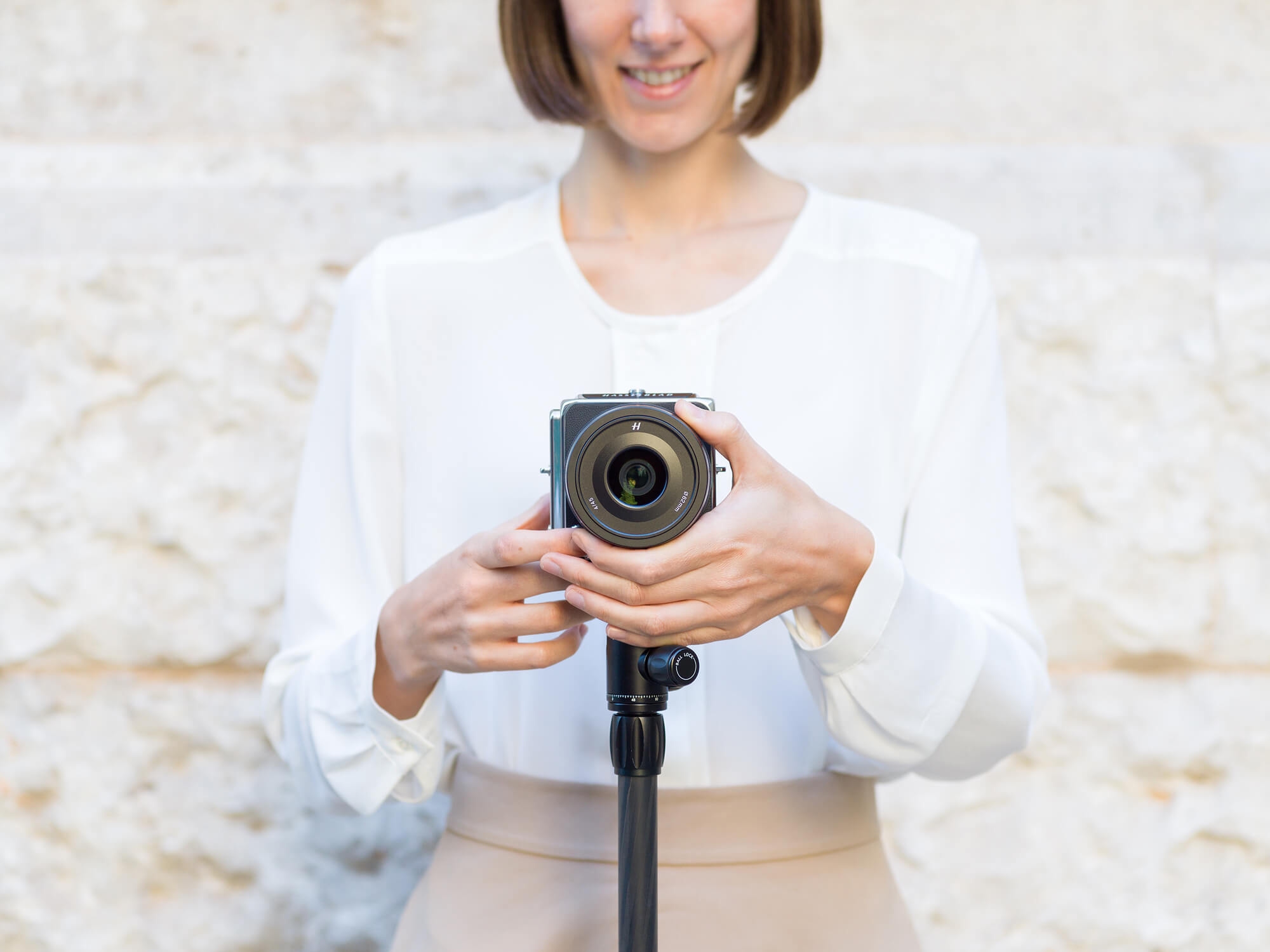 The beautifully classic aesthetics of the 907X took us on a journey to look for places with a timeless feel to it, almost embellished with the passage of time. Unfortunately, due to the coronavirus pandemic, we couldn’t actually go very far. But for “Clone-cidence” we still managed to find a very interesting example of everlasting architecture not too far from home. Believe it or not, these symmetrical doors belong to a religious building only a couple of blocks from our studio in Valencia.

The first thing that really caught us off guard as soon as we took it out of the box was the compactness and almost pocketable size of the 907X 50C. It’s also remarkable how this incredibly small camera delivers the same Hasselblad world-renowned image quality we’re used to without compromising on its build quality, which is absolutely second to none. We kept reminding ourselves that this is a medium format camera we’re talking about – how does all of this technology fit into such a small and sleek package? We don’t know, but what we do know for sure is that it’s been a while since the last time a camera has completely blown our minds like this. 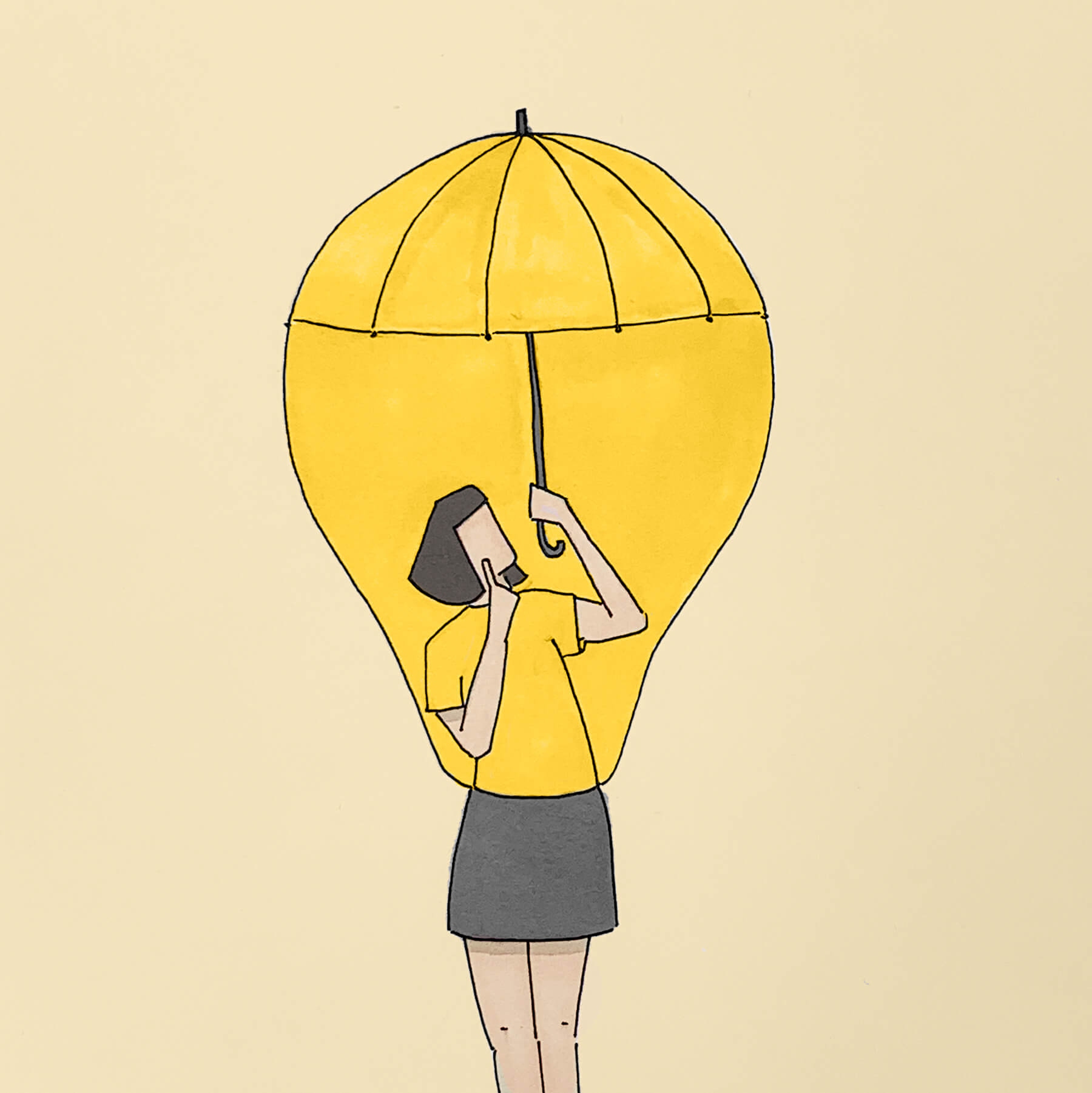 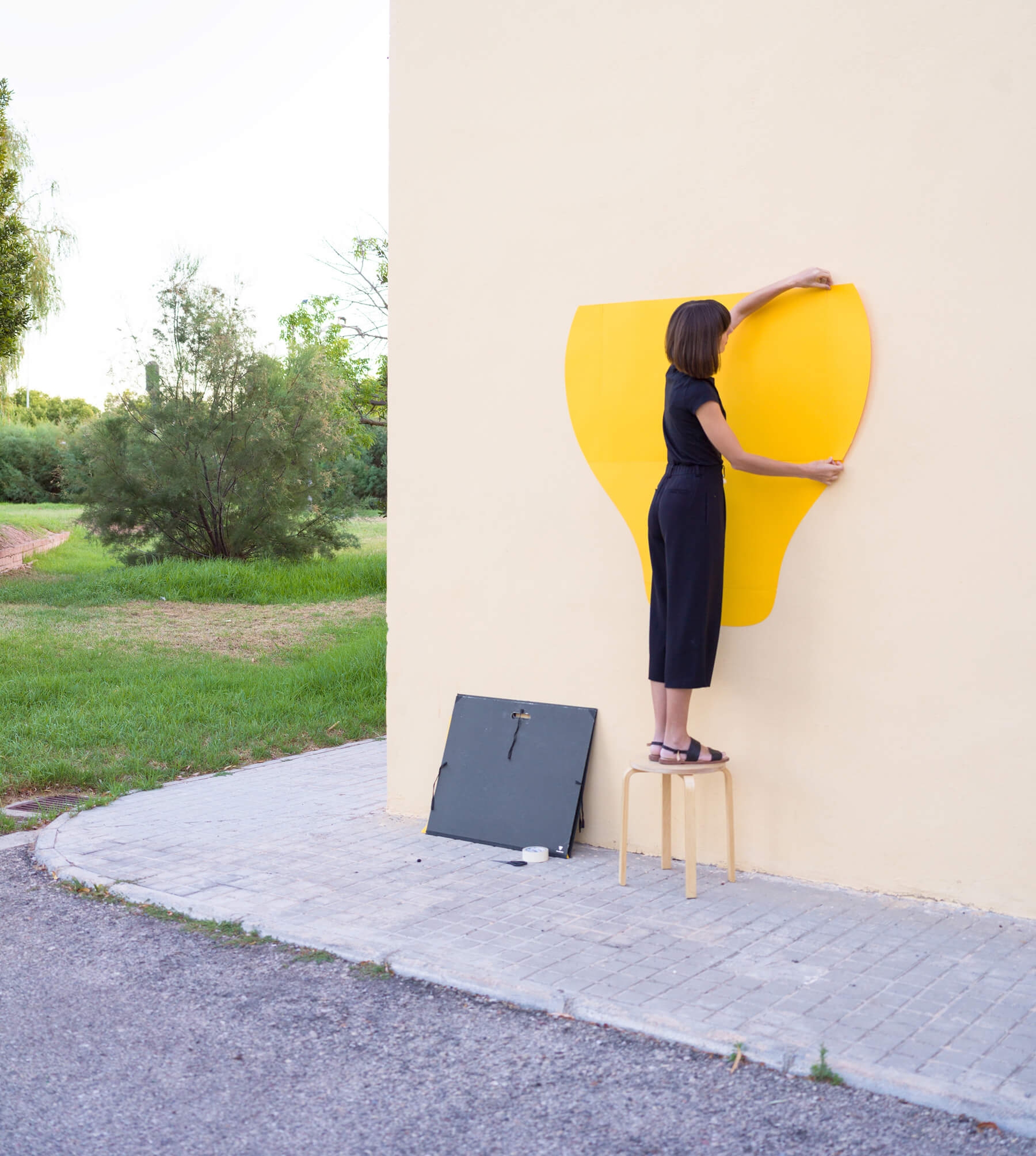 The idea behind “the idea picture”, if you’ll excuse the repetition, was to acknowledge the amount of brain power and innovative thinking behind this ahead-of-time system, capable of bridging past cameras and present technologies thanks to its flawless design. Creativity is an absolutely necessary thing, but so is precision as well! Which is something we learned very early on in the sketching phase of this image. In order to get “Rain-storming” right, we would not only need both a matching outfit and location, but also a perfectly executed pose. Lining up the yellow umbrella and the top of the paper cut-out lightbulb together on camera was a little bit tricky, so getting the perspective to work correctly took a lot more trial and error than we anticipated; we even started to think we would not be able to do it! But we persisted… And then there was light!

From a physical point of view, using this camera is a totally new experience. We believe the most notable difference lies in the connection you make with the subject of your capture when using the lower viewpoint provided by the tilted rear display. We discovered rather quickly that, because there’s no camera covering the face of the photographer anymore, the exchanges between model and photographer are a lot more straightforward. In our eyes, this could really benefit photographers in a lot of situations, for example when taking pictures of someone who tends to feel intimidated in front of the camera. Giving instructions to your model while looking at them in the eye will definitely strengthen the model/photographer relationship and could also boost the model’s on-camera confidence. 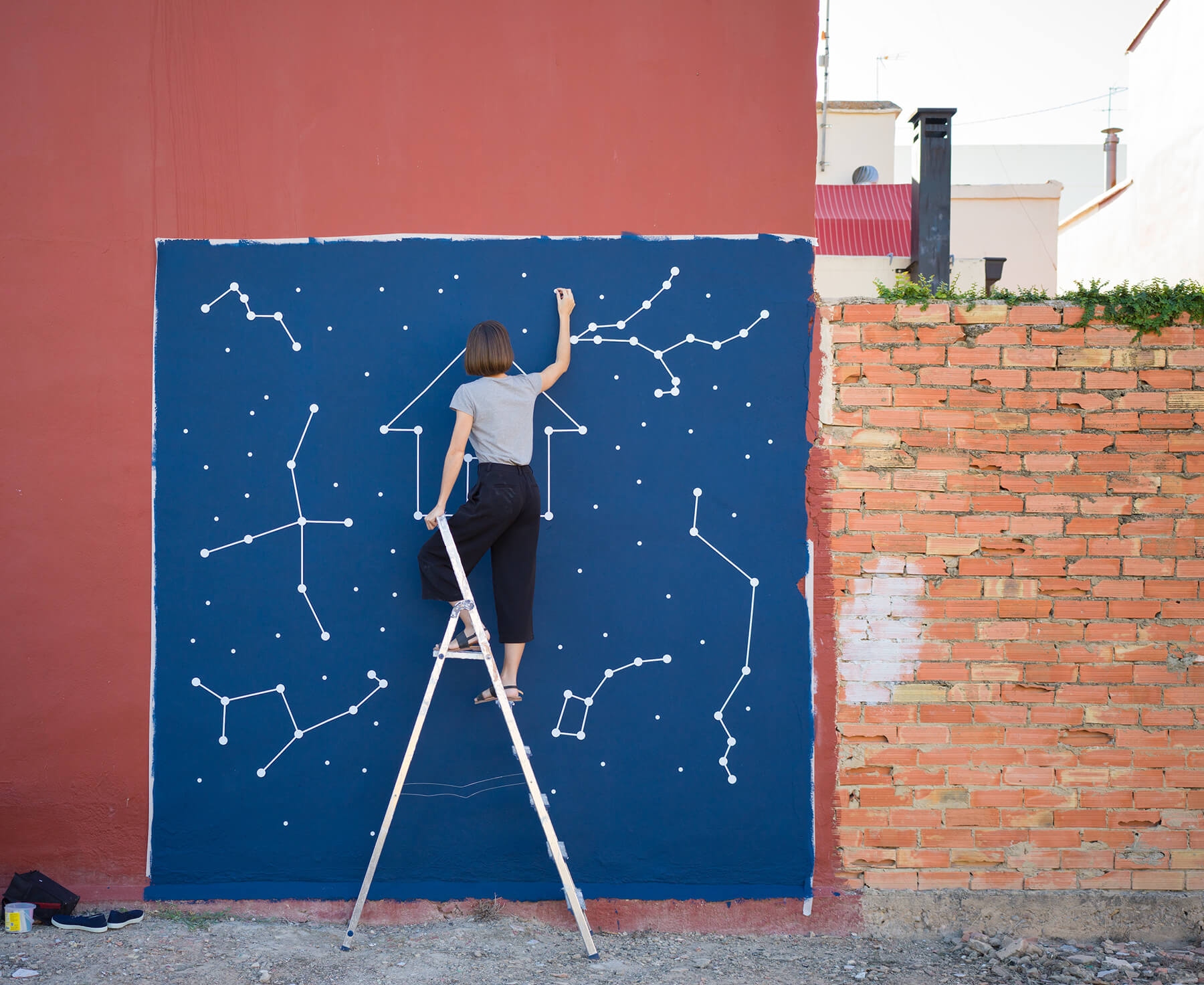 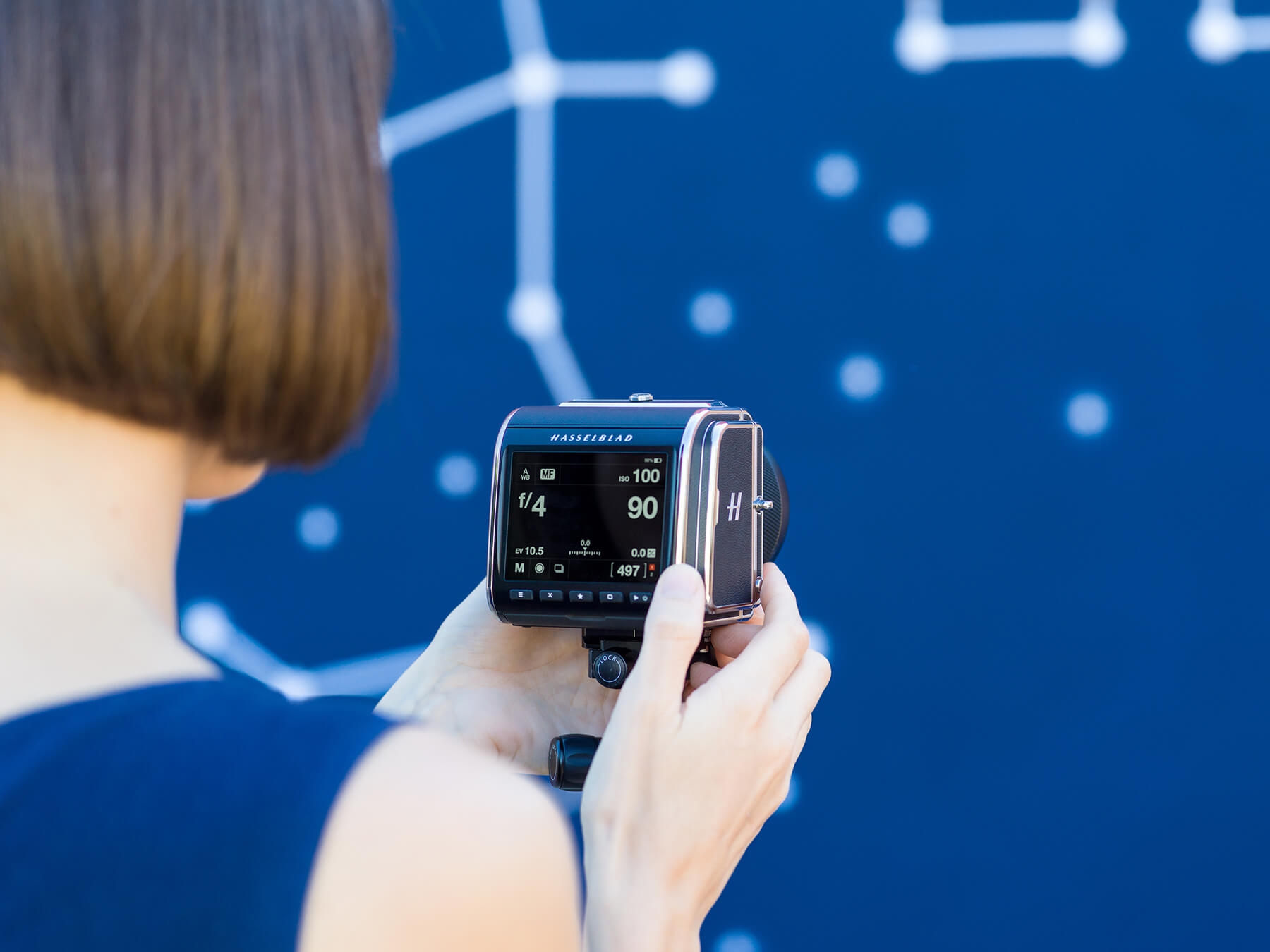 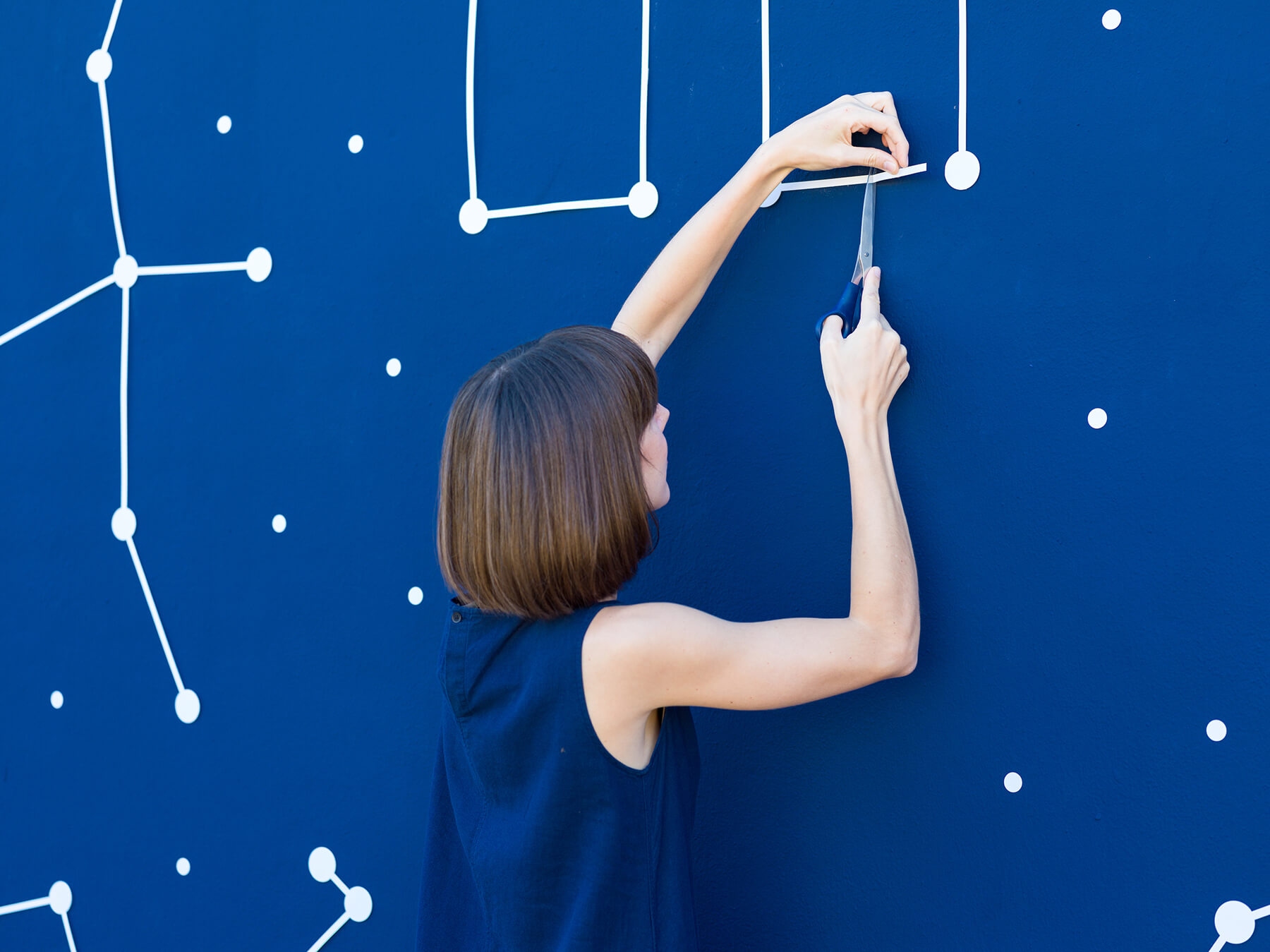 “You-niverse” pays homage to Hasselblad’s 50-year-long relationship with space exploration. It’s safe to say that the cosmos has always fascinated humankind, and even though we’ve barely scratched the surface in our understanding of it, it seems like we already feel pretty much at home among the stars. In theory, this was the easiest image of the bunch. The paper props design was fairly simple – there were not tricky optical illusions to master, and we already owned a blue dress very similar to the one we had imagined. Unfortunately, we couldn’t find this very particular shade of blue on a real location despite our best efforts. After running out of places to look for the “promised wall”, we decided to ask a favor from an acquaintance and paint an outer wall of his house in the exact color we needed to, after promising to restore the facade to its previous state once the photo was taken, of course. Against all odds, painting the wall ourselves turned out to be way more enjoyable than we’d thought it was going to be! That was the only bump in the road we had to get over; once we got that out of the way, we were ready for liftoff!

ABOUT ANNA DEVÍS AND DANIEL RUEDA

Hasselblad Ambassadors Anna Devís & Daniel Rueda, two trained architects living in Valencia, Spain, combined their love for geometry, perspective, and storytelling to become the ultimate creative couple. Traveling the world in search of the quirkiest buildings, the duo use these facades as their canvases. Check out their Instagram accounts to see more of their photographic magic: @drcuerda & @anniset.

CAPTURE THE WORLD FROM A NEW ANGLE WITH THE 907X 50C

As a project that started off with confronting her own mortality after caring for her mother suffering from Alzheimer’s, Isa Leshko embarked on a decade-long project photographing  elderly farm animals. Rescued from various meat and dairy factory farms and taken to sanctuaries, these farm animals represent the small population of those who actually get the chance to grow old. Creating connections with pigs, cows, turkeys, and sheep, among others, Isa captured the unique personalities of each animal on film through the lens of her Hasselblad 503CW.