Celebrating Fifty years on the moon

On 20 July 1969, Astronauts Aldrin and Armstrong successfully landed on our lunar surface, becoming the first humans to step foot on the Moon. Apollo 11 was not only a huge milestone for NASA and space exploration but was also a defining moment for Hasselblad as the camera chosen to document this historic mission. Standing up against the intense temperatures and lack of gravity in space, the Hasselblad cameras captured this once in a lifetime moment flawlessly, letting the rest of Earth see what astronauts Aldrin and Armstrong experienced on the Moon. As the camera makers who enabled the capture of the iconic, legendary Moon landing photographs, we commemorate the 50th anniversary with the 907X Special Edition.

The limited-edition 907X Special Edition celebrates the anniversary of the first Moon landing and the Hasselblad cameras that documented this historic event, which were left behind on the lunar surface fifty years ago. The three cameras taken on the mission were a silver Hasselblad Data Camera (HDC), a black Hasselblad Electric Camera (HEC), and a third black HEC – the first camera was used by Astronaut Armstrong to shoot on the lunar surface, the second used from inside the Eagle lunar module, and the third used by Astronaut Michael Collins aboard the Command Module Columbia in lunar orbit. The HEC used by Collins was the one camera of the three that was brought back to Earth from the Apollo 11 mission.

The 907X Special Edition includes the 907X camera body and CFV II 50C digital back, both in matte black, just like the HEC used by Collins that made it back to Earth. On the digital back is the text “On the Moon Since 1969”, commemorating the HDC and HEC left behind on the lunar surface fifty years ago. Together, the 907X and CFV II 50C connect Hasselblad’s photographic history into one system. Photographers can then add any of Hasselblad's XCD lenses (sold separately) or support to V, H, or XPan systems through available lens adapters. The XCD 45 shown is not included with the 907X Special Edition.

Read more about the Hasselblad on the Moon ⟶ 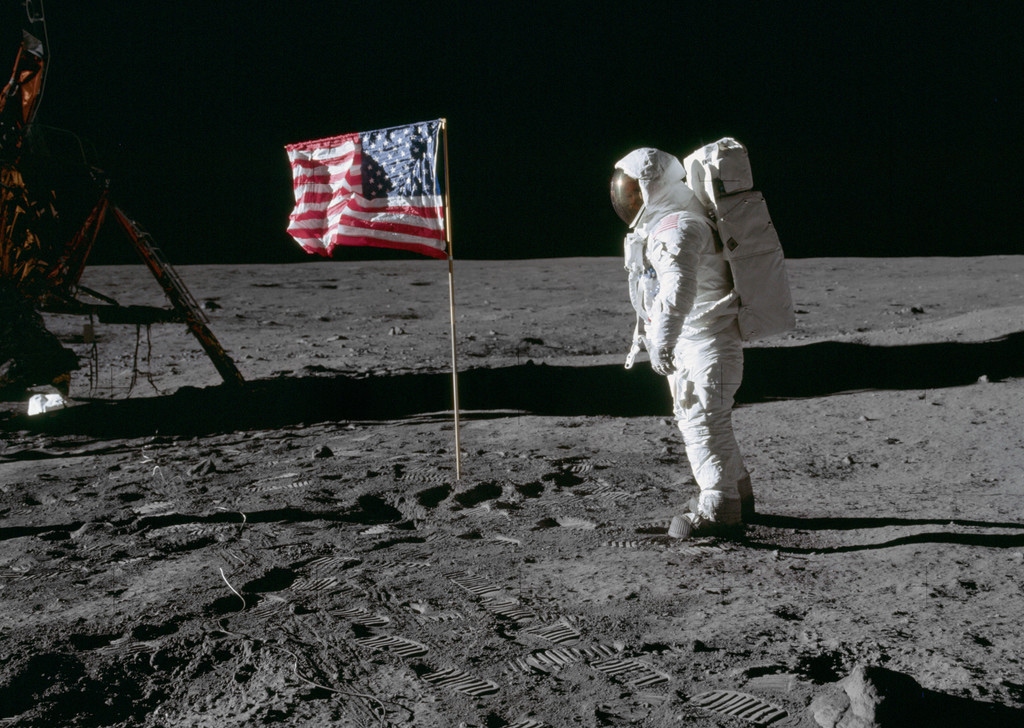 Hasselblad’s smallest medium format camera body ever weighing in at only 206g, the 907X is extremely thin, lightweight and built to smoothly combine with the CFV II 50C, creating a highly compact photographic package. Connecting the 907X with the CFV II 50C enables shooting with a wide range of Hasselblad optics, including all XCD Lenses and all HC/HCD, V System and XPan Lenses via adapters.

The CFV II 50C digital back features a brilliant 50-megapixel CMOS medium format sensor, individually calibrated for excellent performance, with outstanding  colour  depth, a huge dynamic range of 14 stops and the ability to capture full size in-camera JPEG images. Hasselblad Natural Colour Solution technology is integrated into the camera’s system, delivering superb, true-to-life tones that match what the human eye sees. Ergonomically enhanced from the previous model, the CFV II 50C now has a touch and tilt rear display in addition to an internal battery slot, making it an even sleeker package. Also used as a stand-alone back, the CFV II 50C is compatible with most V System cameras from 1957 and onwards in addition to technical and view cameras.

The CFV II 50C celebrates Hasselblad’s design-centric heritage with its timeless look featuring a similar form factor as the original V System film magazines, but in matte black like the HEC that made it back Earth. Coupling the digital back with Hasselblad’s smallest medium format camera body ever, the 907X, creates a very sleek, compact package. Combining modern technology with classic aesthetics reminiscent of the Hasselblad SWC camera, the CFV II 50C and 907X give a nod to Hasselblad’s history combined with its renowned image quality.

Build your own Hasselblad

The CFV II 50C digital back can be paired with most Hasselblad V System cameras made from 1957 and onwards in addition to technical cameras, making it easy to combine analog and digital shooting. When combined with the 907X camera body, the photographer gains access to the entire XCD Lens range, providing autofocus and autoexposure. Unlike the previous CFV models, which are limited in terms of real wide-angle options, the CFV II 50C and 907X combination give access to excellent wide-angle lenses including the XCD 21 and 30. This combination becomes very reminiscent of the Hasselblad SWC camera, but with interchangeable lenses. All HC/HCD, V System, and XPan Lenses can also be used when coupled with the XH Adapter, XV Adapter, and XPan Lens Adapter, respectively. To broaden the spectrum of lens options even more, the 907X enables compatibility with a wide range of third-party adapters and lenses.

The CFV II 50C’s modern tilt screen features an intuitive touch interface with swipe and pinch-to-zoom options when image browsing. A high frame rate of 60fps enables a smooth live view through the digital display. Thanks to the high-resolution screen and improved live view, including focus peaking, more accurate focusing is made possible, which is especially advantageous on the manual-focused V System cameras.

Connected in the studio
and in the field

The CFV II 50C is supported by Hasselblad’s  Phocus  software, allowing for the superb excellence in post-production, including lens corrections for most V System Lenses. A USB-C port enables seamless connectivity to your computer, iPad, or iPhone and built-in Wi-Fi to your iPad or iPhone, creating a smooth photographic workflow with wireless or tethered image export and tethered shooting. Dual UHS-II SD card slots ensure optimal storage space or the option to back up images to a second card when shooting. The CFV II 50C also allows for in-camera battery charging via a USB port. 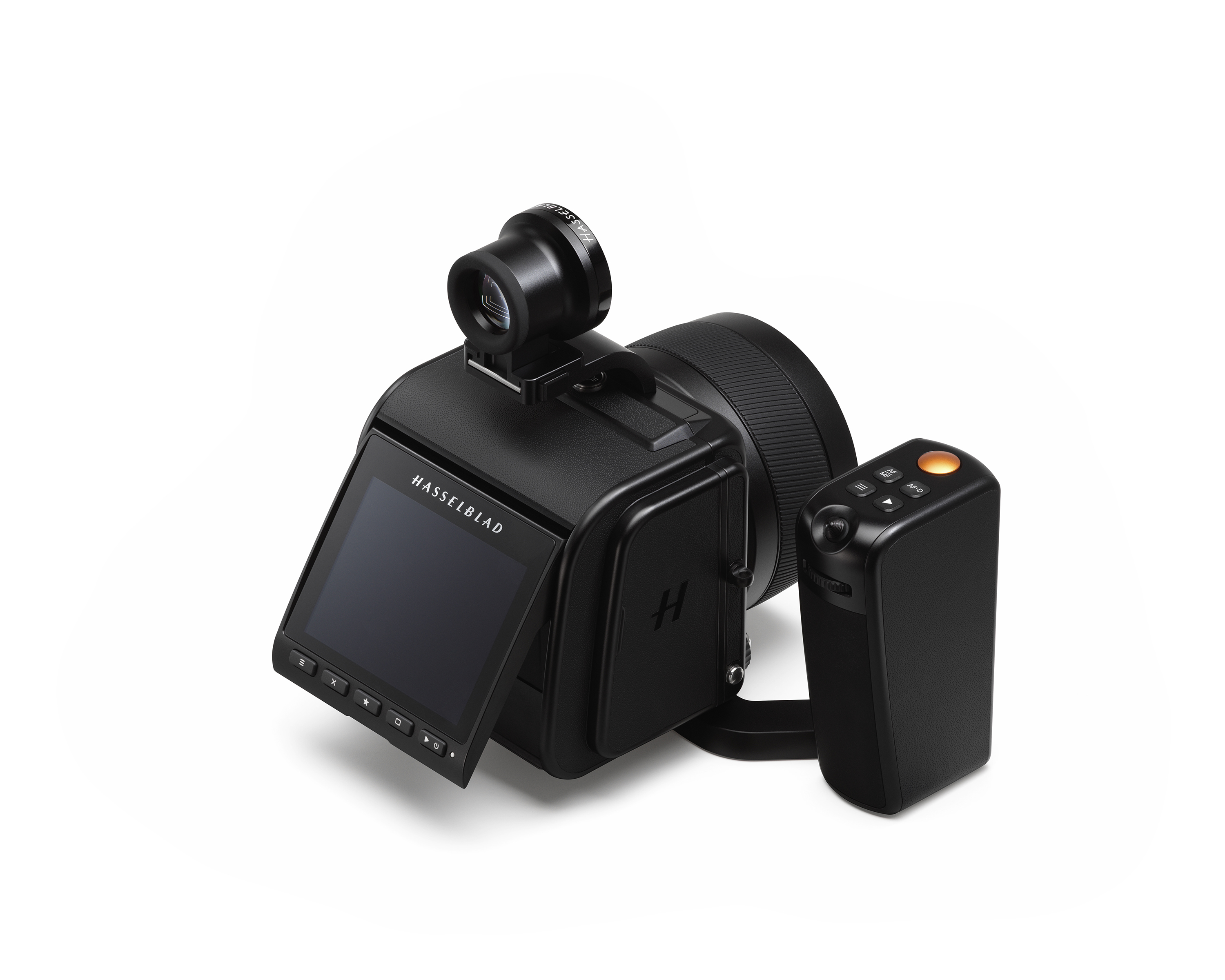 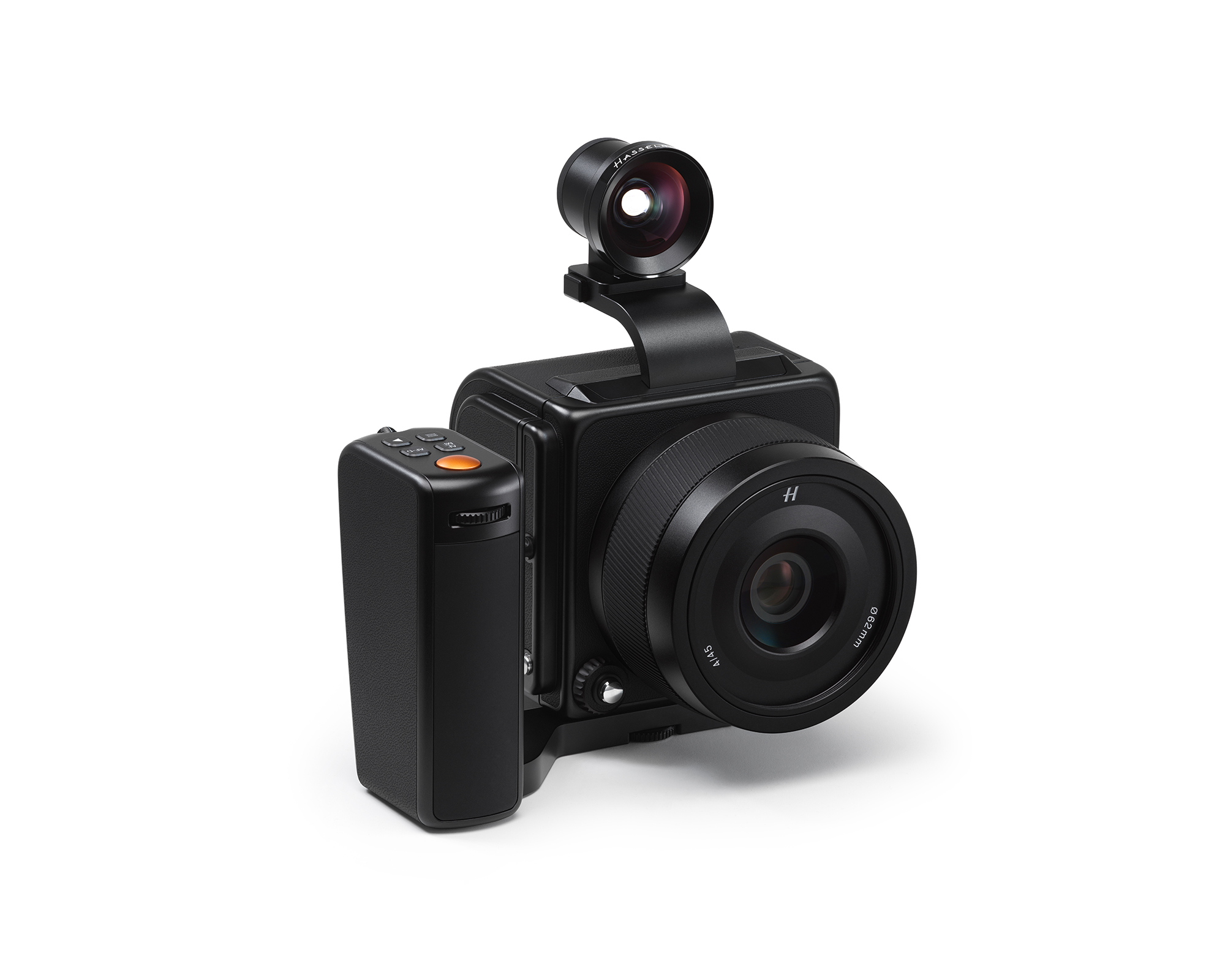 Designed to beautifully complement the 907X Special Edition, the 907X Special Edition Control Grip brings the most crucial functions right to the photographer’s fingertips. It enables quick adjustment of aperture, shutter speed, and fast AF point selection via the joystick control. Additional buttons give quick access to image browsing and menu options. All four buttons on the Control Grip are customisable with the option to choose between 30 different functions. The Control Grip gives an all-around balance to the combination regardless of whether shooting at eye level or waist level and vertical orientation, all while still being able to adjust the main settings with a simple click. The 907X Special Edition Control Grip is also an advantageous alternative to using the touch screen when shooting with gloves on in cold weather conditions.

Reminiscent of the Hasselblad SWC viewfinder, the optional 907X Special Edition Optical Viewfinder (OVF) enables simple eye level shooting. Used in combination with the 907X Special Edition, it is easily mounted on the camera body via a cold shoe adapter. The OVF has a wide field of view and markings for XCD 21, 30 and 45mm and a center cross for an autofocus point. 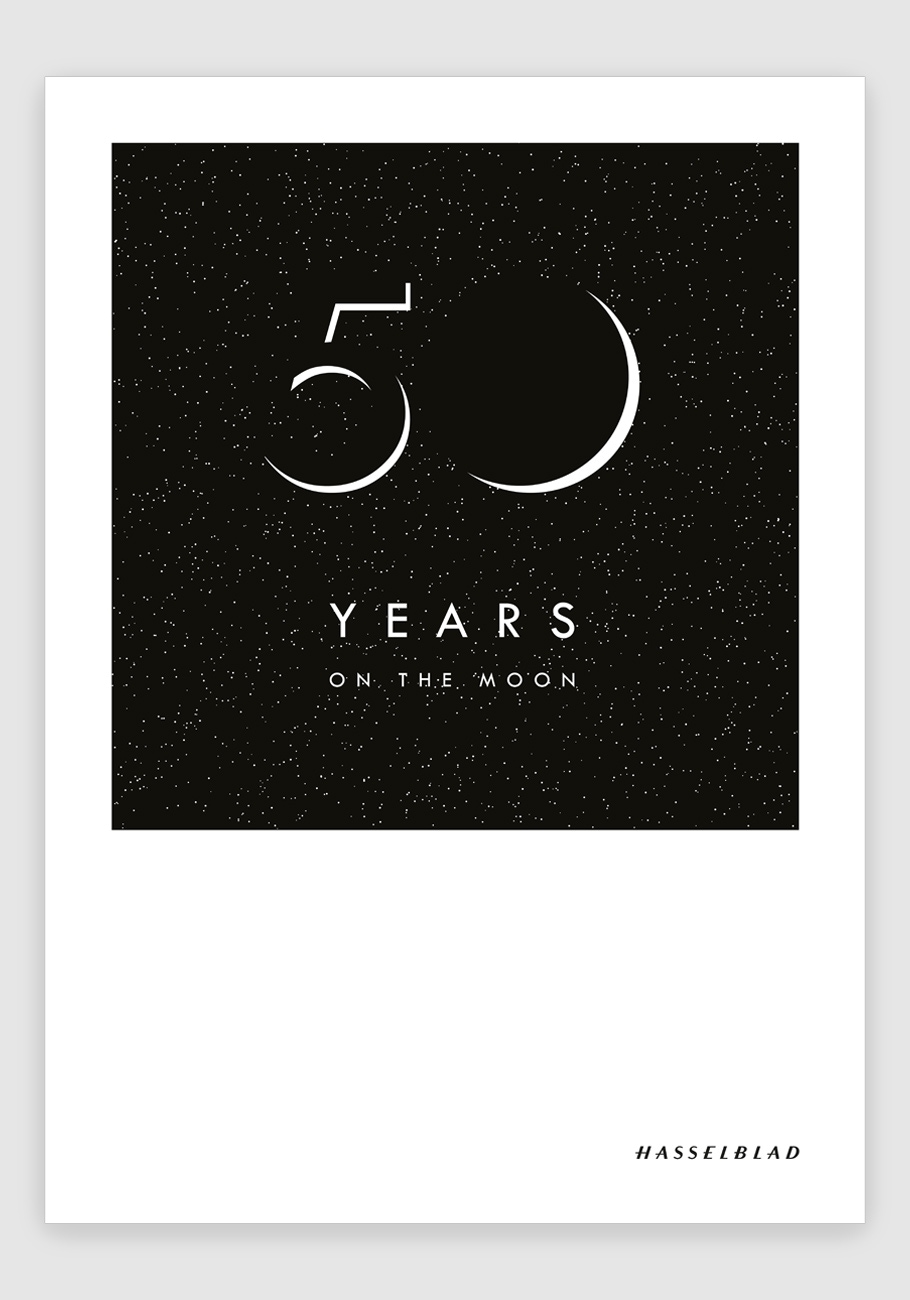 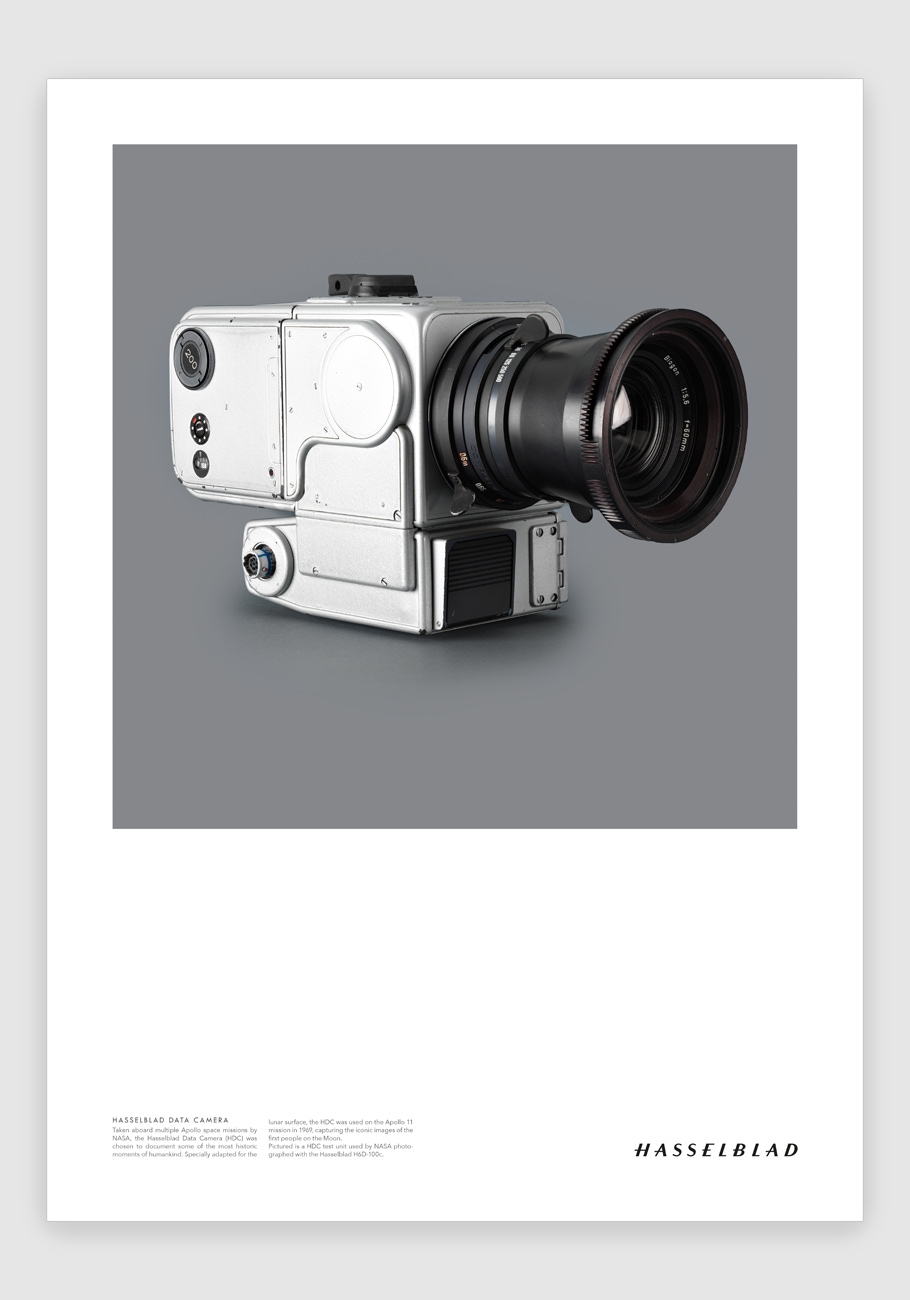 50 Years on the Moon Anniversary

Celebrate 50 Years on the Moon with Hasselblad with our limited-edition collection of space-themed posters, t-shirts and stickers available on the Hasselblad store.

Our legacy, Your future

Expanding the possibilities of the Hasselblad workflow, Phocus Mobile 2 takes the image editing process to a new, portable level. Compatible with the CFV II 50C via either USB-C or Wi-Fi, Phocus Mobile 2 is supported on iPad Pro and iPad Air 2019 models, enabling the traveling photographer to have a quicker, more seamless workflow. With Phocus Mobile 2, users can import, edit and rate RAW images and import and rate full quality JPEG images directly on their device. In addition, Phocus Mobile 2 supports full quality image export, tethered shooting, and direct camera control.