Starting out in fashion, Lisa Devlin worked as a music and celebrity photographer for many years before falling into the wedding business by chance.

Lisa has worked her way into the industry while continuing her editorial photography, shooting creative and unique wedding set-ups that feed into her work and help her capture her couples in new and exciting ways.

So how does one get into wedding photography as a career? And how can woman increase visibility and representation throughout the industry? Lisa shared some of her insights.

Taking the creative road to weddings

Like many photographers, Lisa’s first steps towards becoming a professional in her craft began with a more general aim to get into a creative field – in her case, fashion or design. “My first significant step was leaving Northern Ireland to attend a foundation year at Art College,” she said. “The point was to try out several art-based streams before choosing one to pursue. However, I felt more confused by the end of the year than when I’d started.

“I realised that there was something called fashion styling - maybe this was the role for me, getting the clothes together for shoots? I managed to get a day’s work experience on a shoot for [magazine] The Face, assisting the stylist.

“Pretty much as soon as I arrived, I understood that I had made a mistake. I had absolutely no idea what the stylist was doing. She had racks and racks of incredible clothes from the likes of John Galliano and Vivienne Westwood but she was sending the model onto the set in just a shirt or just a coat and in one shot, totally naked except for a necklace that she made from a leather string.

“As the styling was very much out of my comfort zone, I began to closely observe the photographer. To my surprise, he wasn’t doing anything that I didn’t understand. This was an epiphany moment for me and the spark that led to me pursuing a career as a photographer."

And little did she know at the shoot, she was actually observing history in the making: “Incidentally, the photographer at that fashion shoot was Mario Sorrenti and the model was Kate Moss. Six months later every girl in London wanted to be Kate and we were all wearing necklaces made from leather string!”

After her dalliance in fashion photography, Lisa made the move into the music category – photographing famous musicians and fulfilling another childhood passion of hers.

“Like almost every wedding photographer that I know, I fell into it when a friend asked me to shoot her wedding. At that point, I had been a music industry photographer for more than 10 years but the parts that I used to thrive on, like all the travel and working with famous people were by then the parts that I wasn’t so thrilled about. Initially, I turned her down.

“At that time, wedding photography was very staged and formal. It wasn’t considered to be creative. Photographers would just photograph groups and very posed setups. My friend asked me to help her choose a wedding photographer and sent me brochures. None resonated with me, so I agreed to shoot her day but only if I could do it like it was a story for a magazine. Instead of just doing the formal stuff, I shot the narrative as I saw it.

“It was only about one hour in when I was shooting her getting ready that I realised that I was loving what I was doing. By the end of the day, I decided to set up a wedding photography business.”

Encouraging women to take the step to professional photography

The wedding industry has certainly undergone a huge transformation in recent years, from the posed styles that Lisa described to more natural and authentic representations of people in love.

But with that, she’s also been frustrated by the little progress made to achieve equal representation of men and women in the industry. “When I started to shoot weddings, the names that were most celebrated were female - Elizabeth Messina, Jasmine Star, Julia Boggio.

“This presented us with positive role models within the industry. In recent years, it’s the male photographers that dominate conference line-ups and awards. Potentially, this makes it seem like an attractive career choice for men and maybe less so for women.”

Lisa believes that camera companies and their marketing campaigns play a key role in encouraging more females to take up the profession, with picking up a camera and developing a style happening at the very beginning of a photographer’s career.

“I have guest lectured at universities and spoken to students. I always ask a group to raise their hands if they want to be wedding photographers. A decade ago it would be one or two but more recently it would be more like 75% of the room. I believe that is because in those 10 years wedding photography has evolved into a creative genre as well as a fulfilling way to make an income.”

Lisa describes her photography style as ‘creating laid back images for lovers’. She utilizes her experience in magazine and editorial photography from her music days in her wedding shoots as well.

“Before weddings, I shot celebrities and music artists for 10 years. I was photographing people who were celebrated every day. When I moved into weddings, I began shooting people who are celebrated for that one day. I want my subjects to feel that sense of being special that celebrities experience every day. That’s what I would love for viewers to consider when they look at my work.”


When looking at the wedding photography industry as a whole, developing your own style is integral to standing out from the crowd. But you also have to consider your responsibility to the people you are shooting – after all, there are no do-overs if it doesn’t look perfect the first time.

“Wedding photography is a significant responsibility,” Lisa stressed. “You could have 100 photographers at any wedding and they would all record it differently. We curate and edit people’s memories of an event that has a high level of emotional and financial investment.

“The element that is most important is producing images that reflect more about the subject than you. The temptation is to impose techniques or poses simply because you want to try them out. But you must never lose sight of the brief and that is to reflect back to the client what it felt like for them.

“A good wedding photograph will reignite the feeling that it records. It will trigger the other senses; make you recall the sounds or the smells. Couples say that the day goes by in a blur, it’s our role as the photographer to bring things back into focus.”

Lenses and learning – the key to being successful

Lisa believes there are some really important elements that can put you stand out if you want to become a wedding photographer. “Firstly, learn your craft. People don’t decide that they are going to be hairdressers, buy the scissors and start charging people for cutting their hair. There is a process to learning the trade. Yet many people feel that getting a camera is enough to qualify them to charge for wedding photography.

“You cannot skip the part where you learn. Get to workshops, get work experience, second shoot, go to conferences, go out and shoot with photographers that you admire, get a mentor, do what you can to learn how to be a wedding photographer, and THEN start charging.

“Secondly, invest in lenses. Cameras, yes you need those but they are the box that records the image. All of the magic in creating images is in the lens so always get the best lenses that you can.”

Lisa’s journey with medium format photography has allowed her to differentiate herself as a wedding photographer. “Back in my time as a music photographer, we shot studio work on medium format and we shot transparency. That was how the industry worked.

“When I moved into weddings, the traditional photographers were using medium format but they were so stiff with it. The cameras were on tripods, the poses were very forced. I deliberately went against that and shot on 35mm cameras with film. This was how I achieved a more intimate sense of what weddings felt like.

Fast forward to now and we all shoot digital. As wedding photography has become more creative and respected, it has also become extremely competitive. So I want to differentiate myself from the crowd.

“The quality of the files is insane so it’s recently been my camera of choice for editorial work. It feels full circle for me to return to medium format.

“At any wedding that I show up at, there will be guests with great cameras. Shooting on Hasselblad has kudos and creates respect, more so than if I have a similar camera to those guests. The camera (X1D II) is astonishingly compact though so for weddings it doesn’t feel like I’m lugging something substantial around with me. It’s quite the opposite.”

She believes through the Hasselblad Heroine program we can continue to increase the visibility of women in the industry, which is really important to helping them feel less alone within it. “It’s not all champagne and confetti, there’s a darker side to shooting weddings. Being a female working alone in environments that involve a lot of alcohol and people letting go of inhibitions can feel unsafe.

“There are some wonderful men shooting weddings and I have much admiration for them but I do feel we have an imbalance in how represented both sexes are. So the fact that Hasselblad is actively celebrating female photographers and pushing us forward as role models is truly remarkable. “

SEE ALL OF OUR HASSELBLAD HEROINES 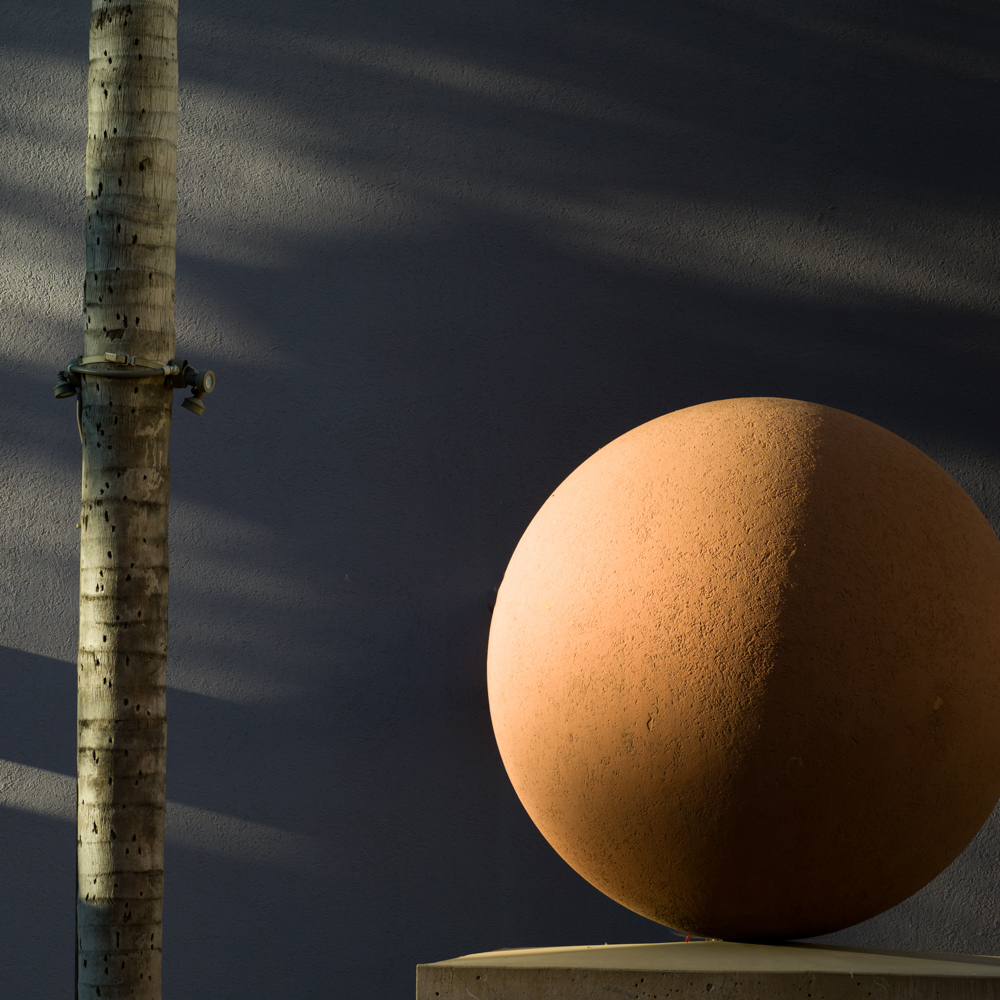 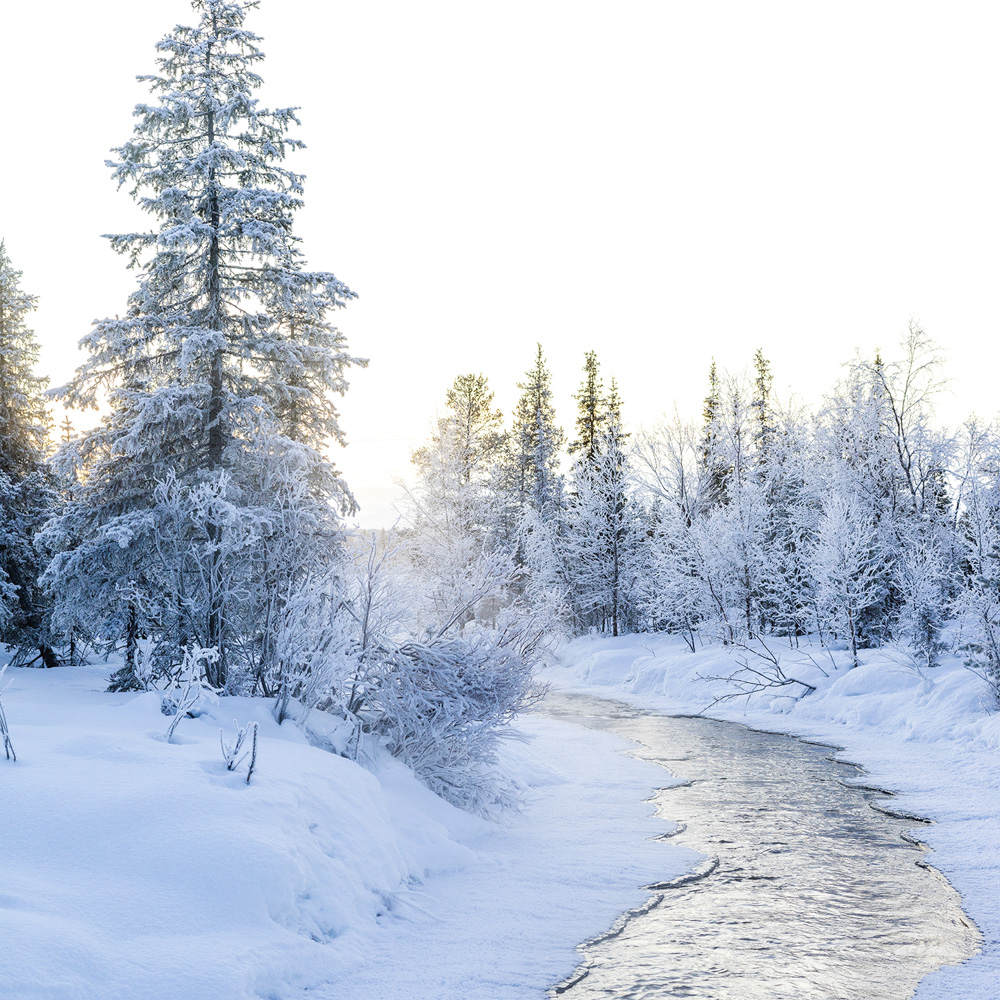 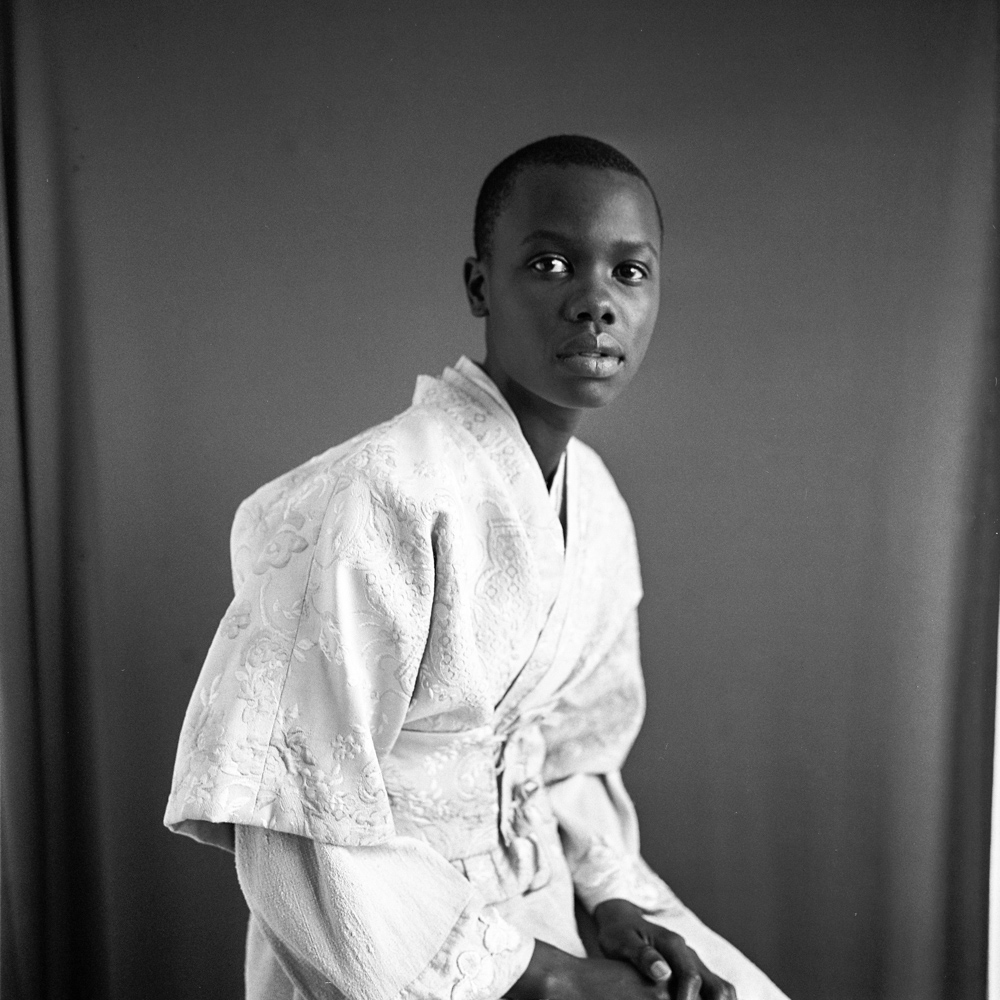 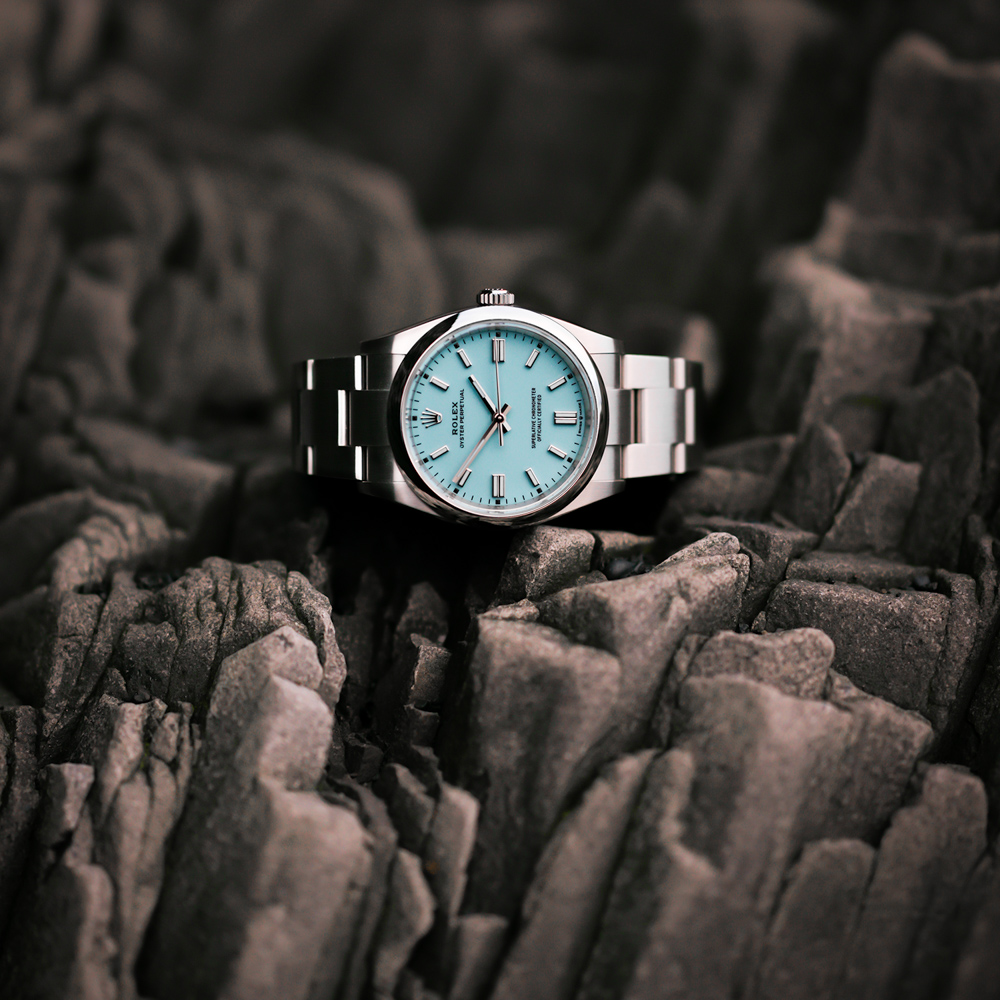 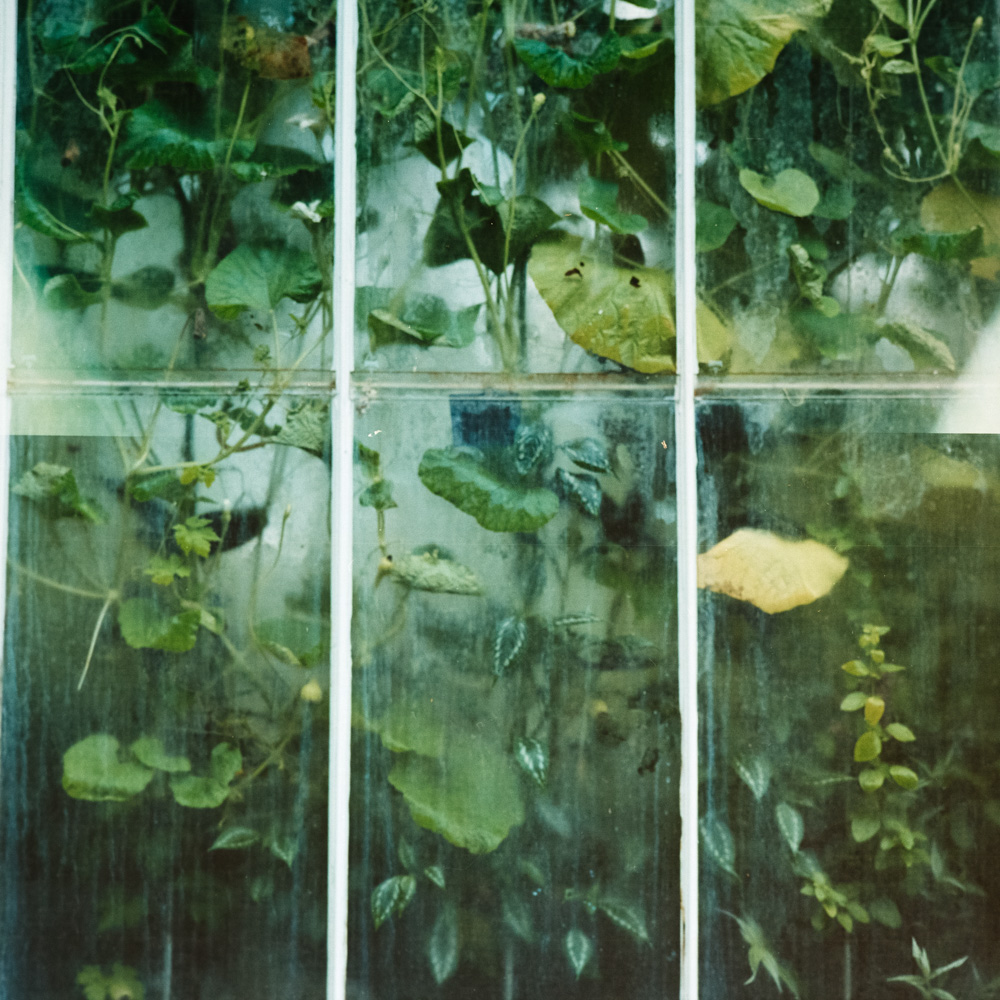 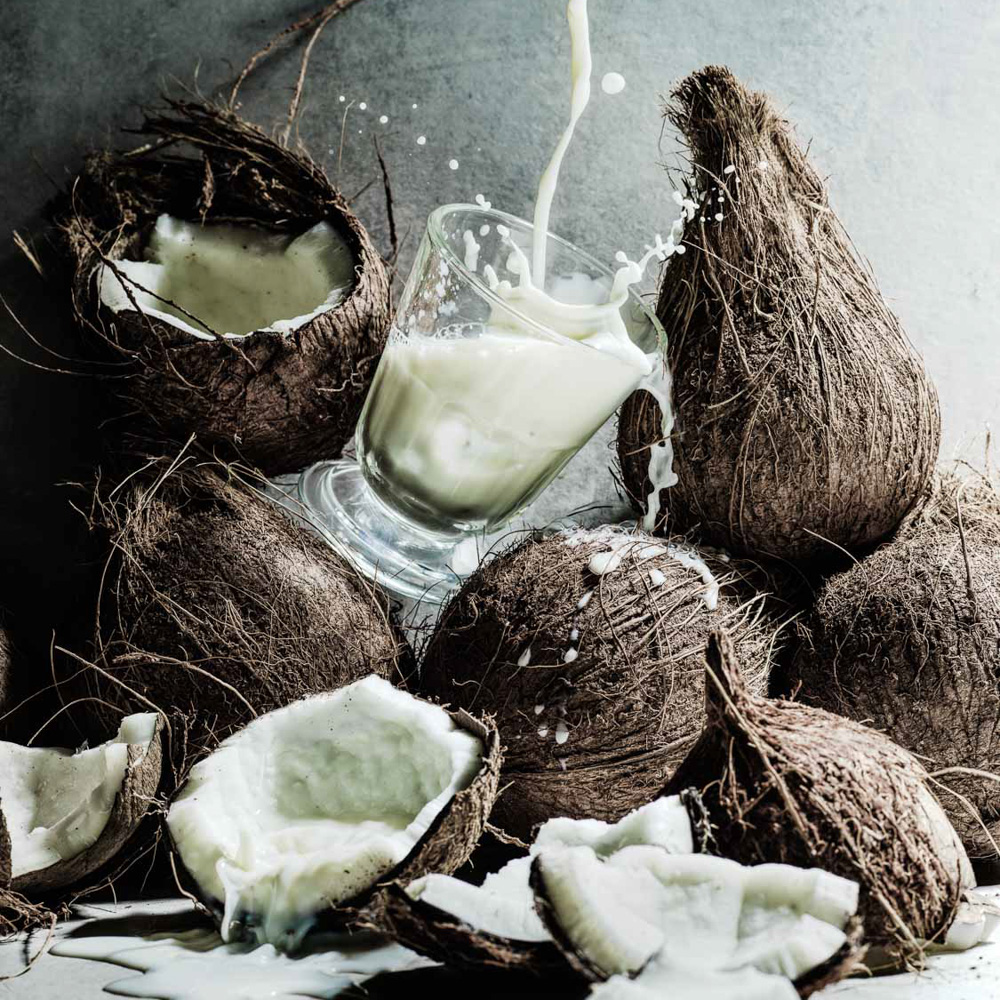 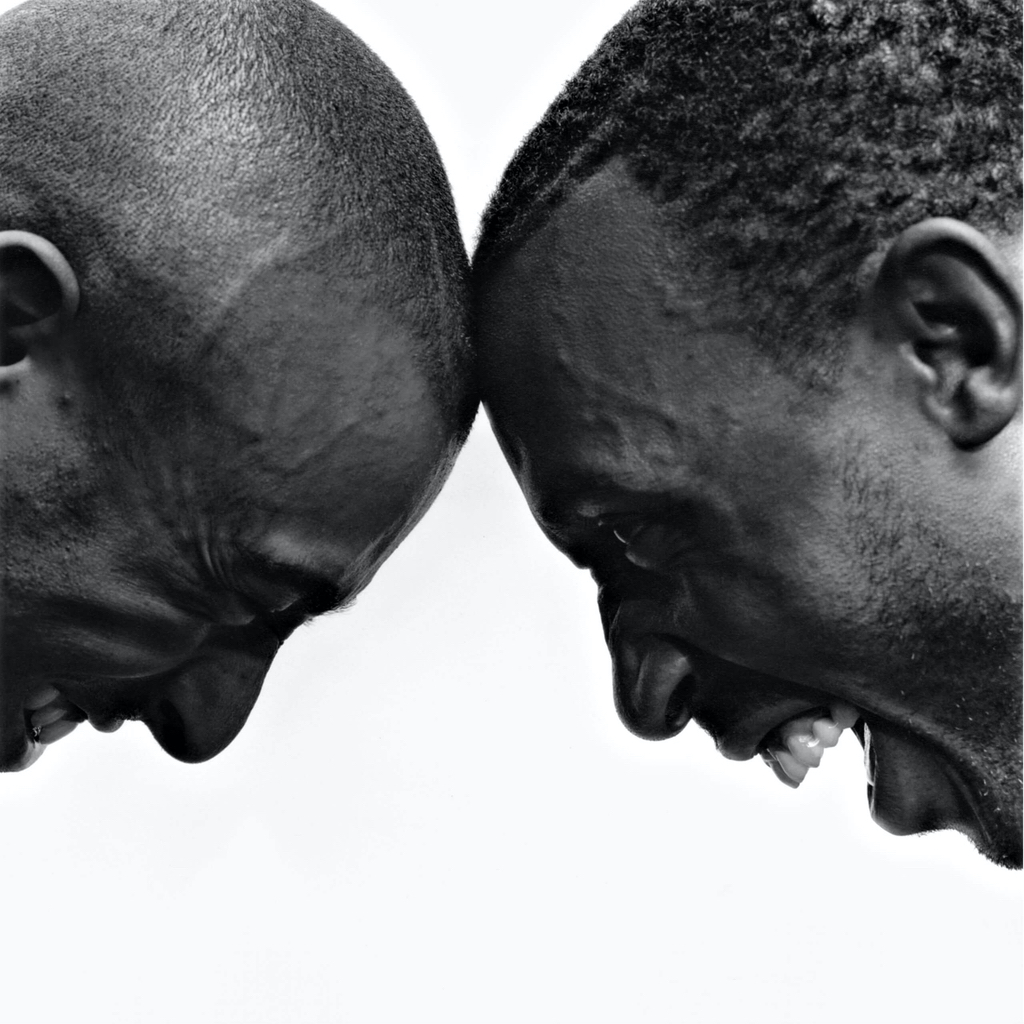 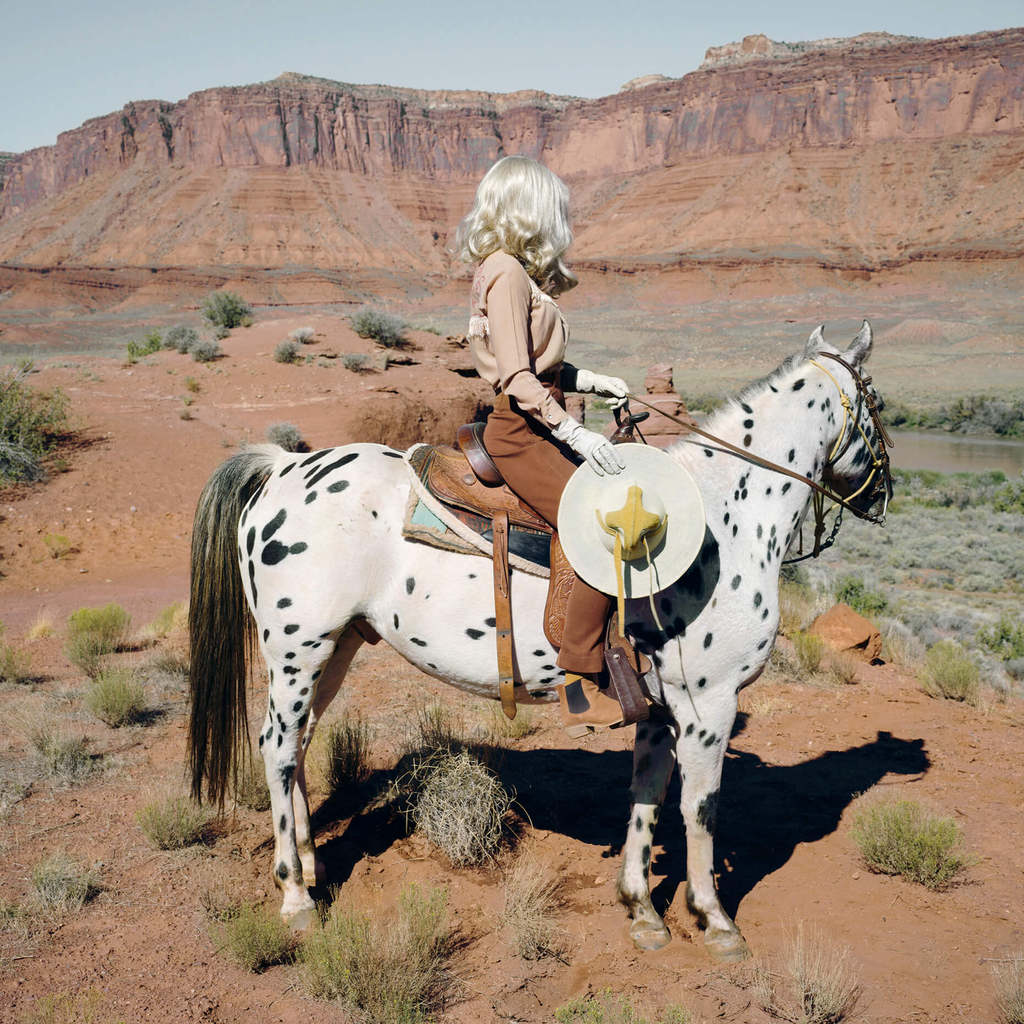 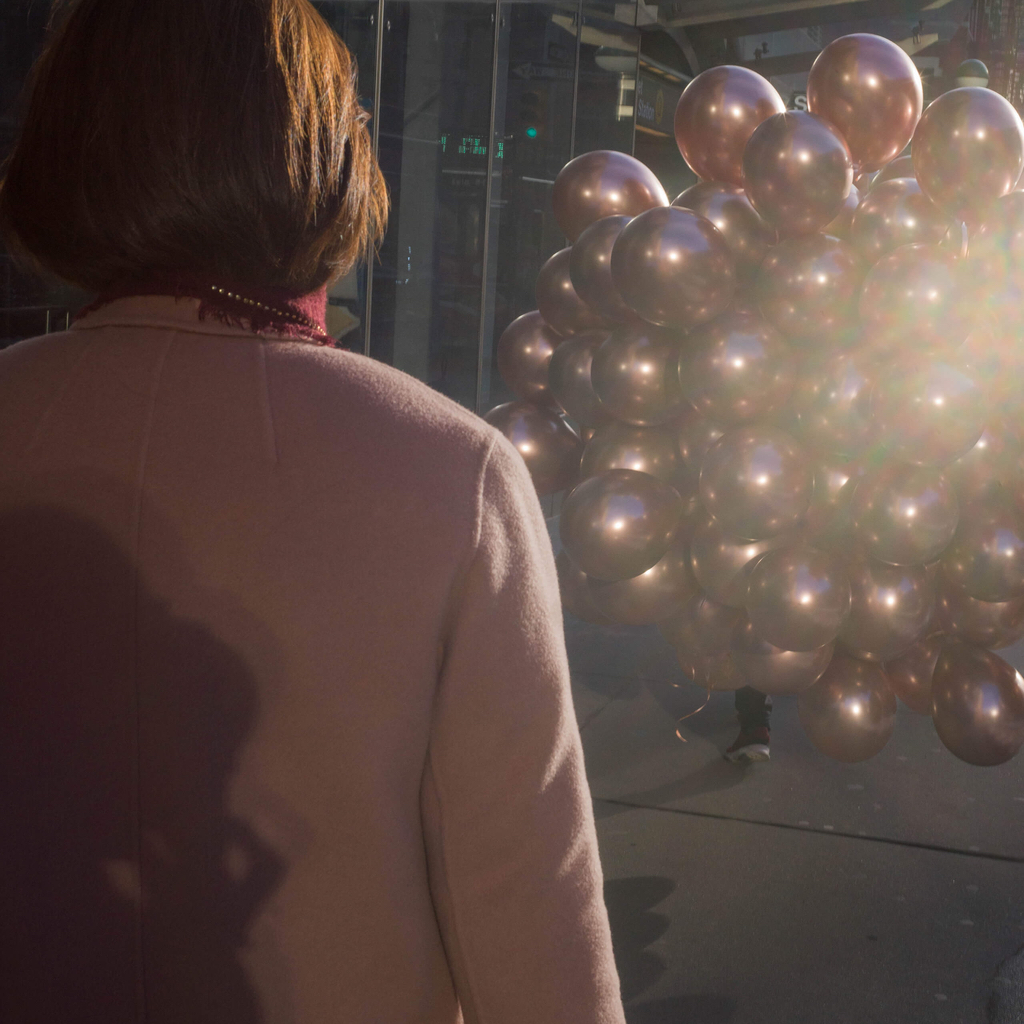 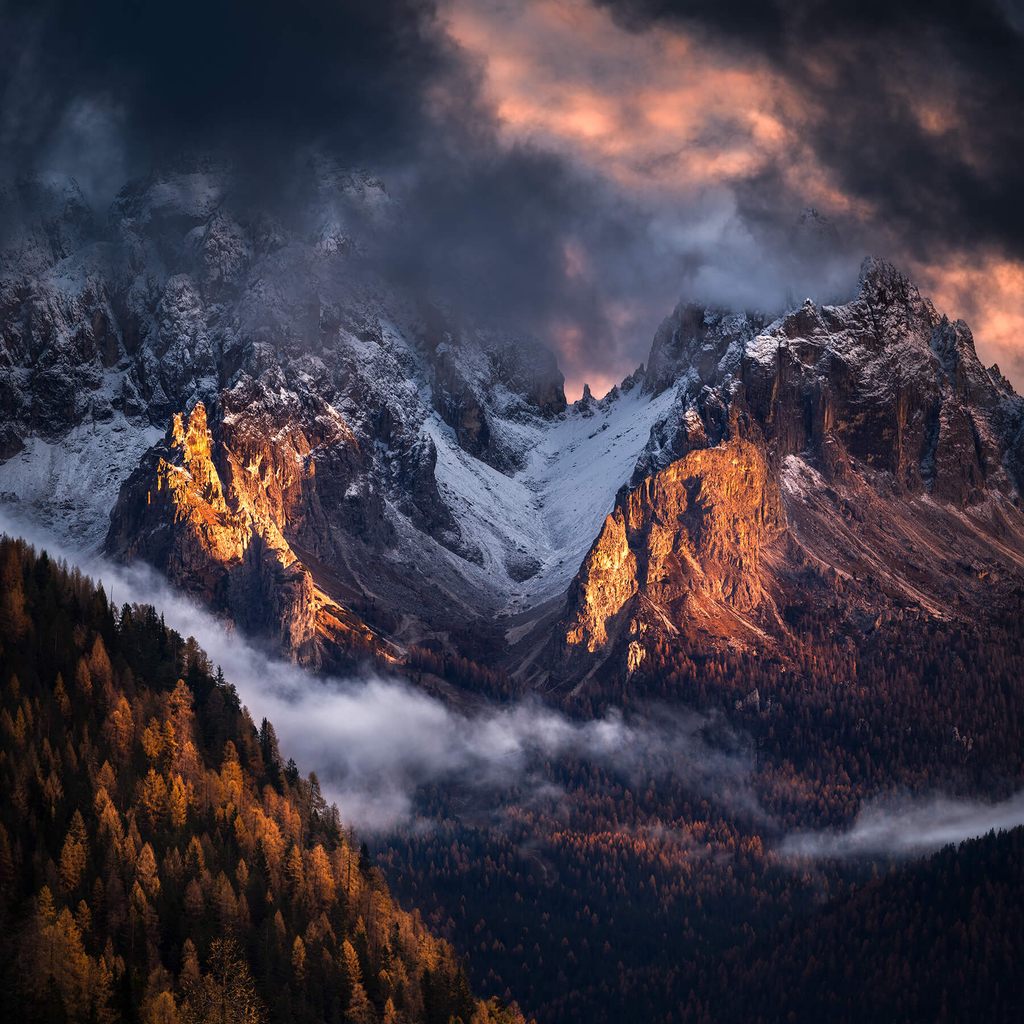 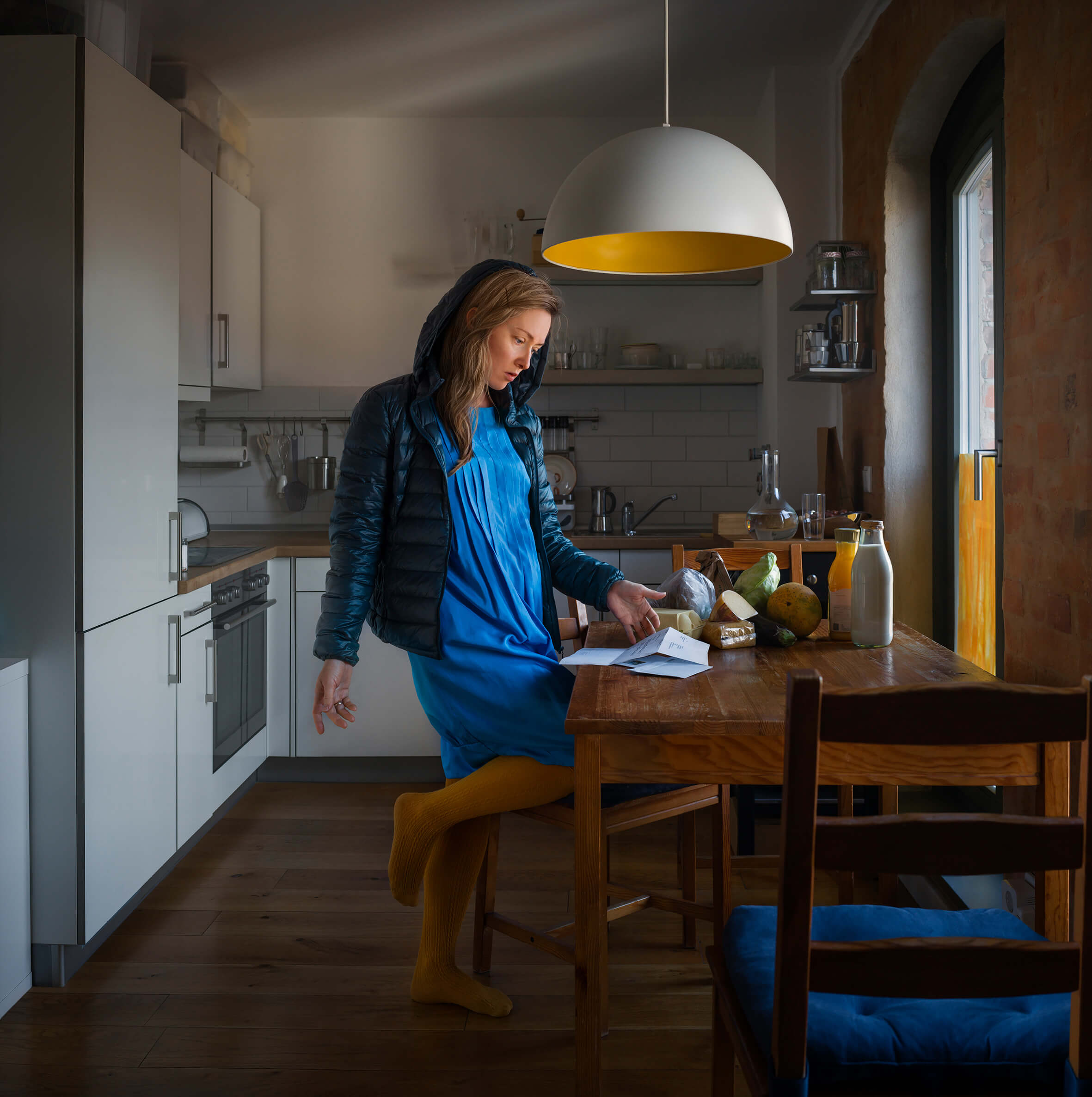 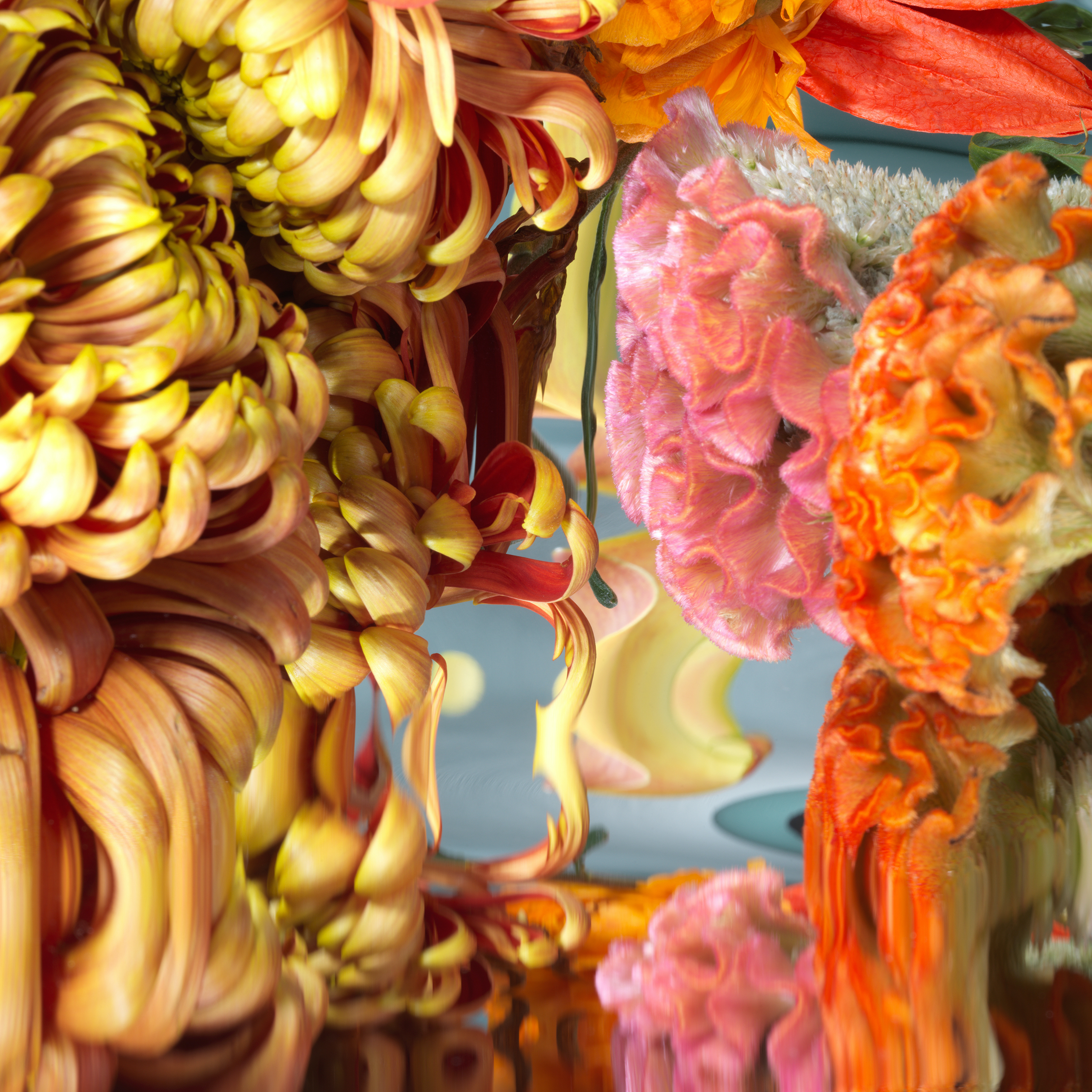 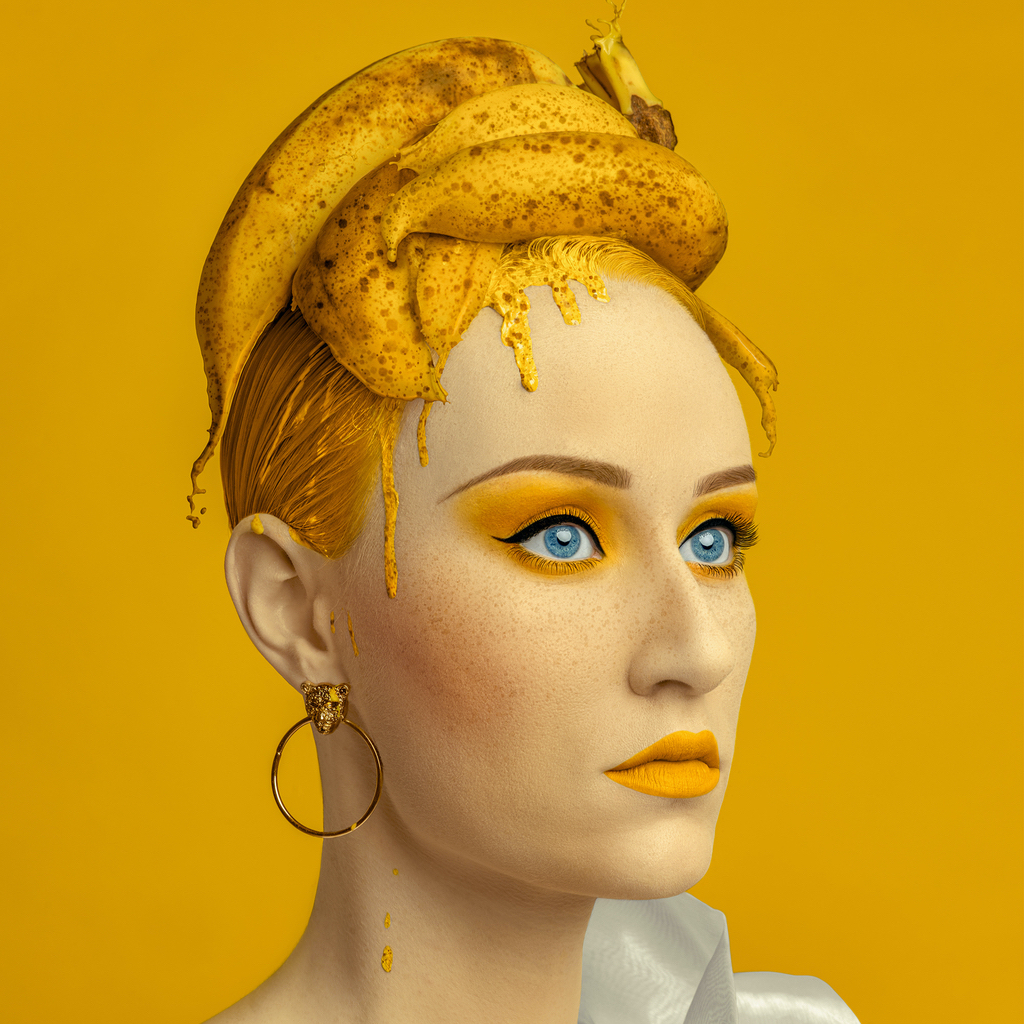 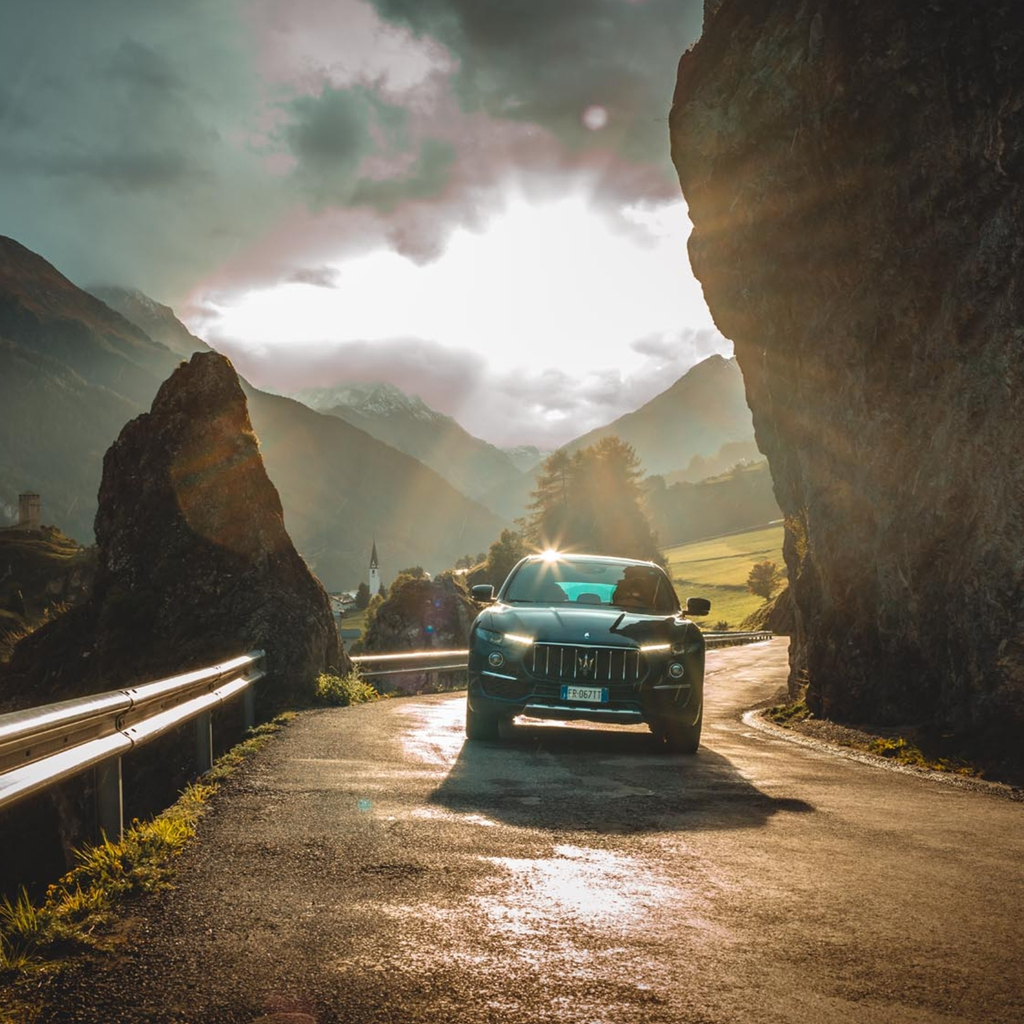