Creative maestros Dimitri Scheblanov and Jesper Carlsen combine to form one of the most talented photography teams in the world of celebrity and music photography, Herring & Herring. 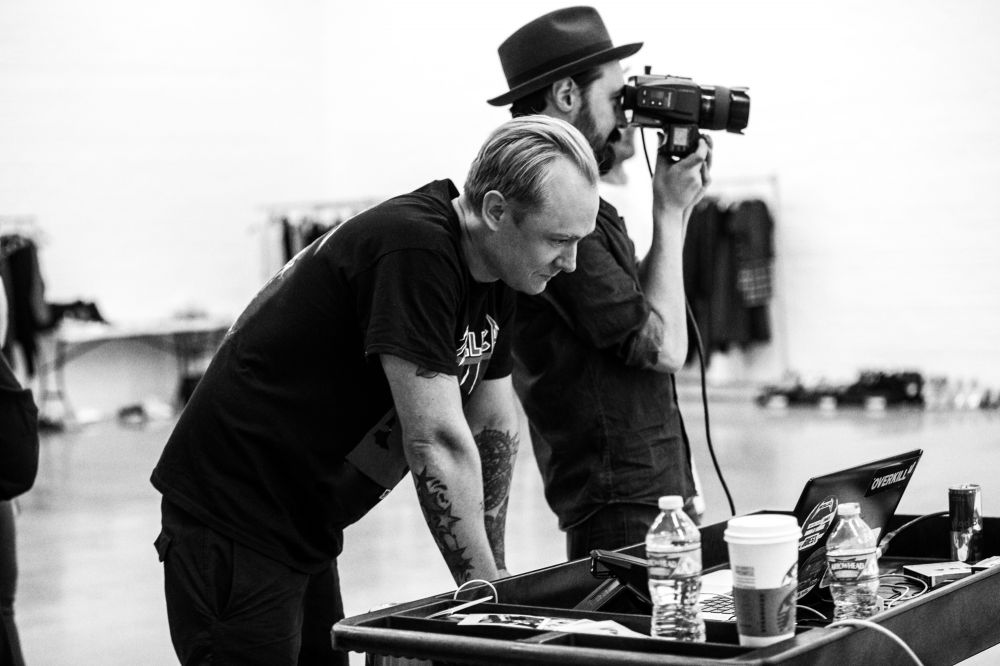 The two gentlemen met during a commercial shoot in which Dimitri was creative director and Jesper was the photographer. After hitting it off on that first shoot, they worked together on another job, and then another, and organically they formed a partnership that would take them both down a road neither could have ever imagined.

“Generally, two heads are better than one, but it’s always good to have another person to bounce ideas off of. And it’s nice to have somebody to help carry the equipment too, you know?” Dimitri jokes. 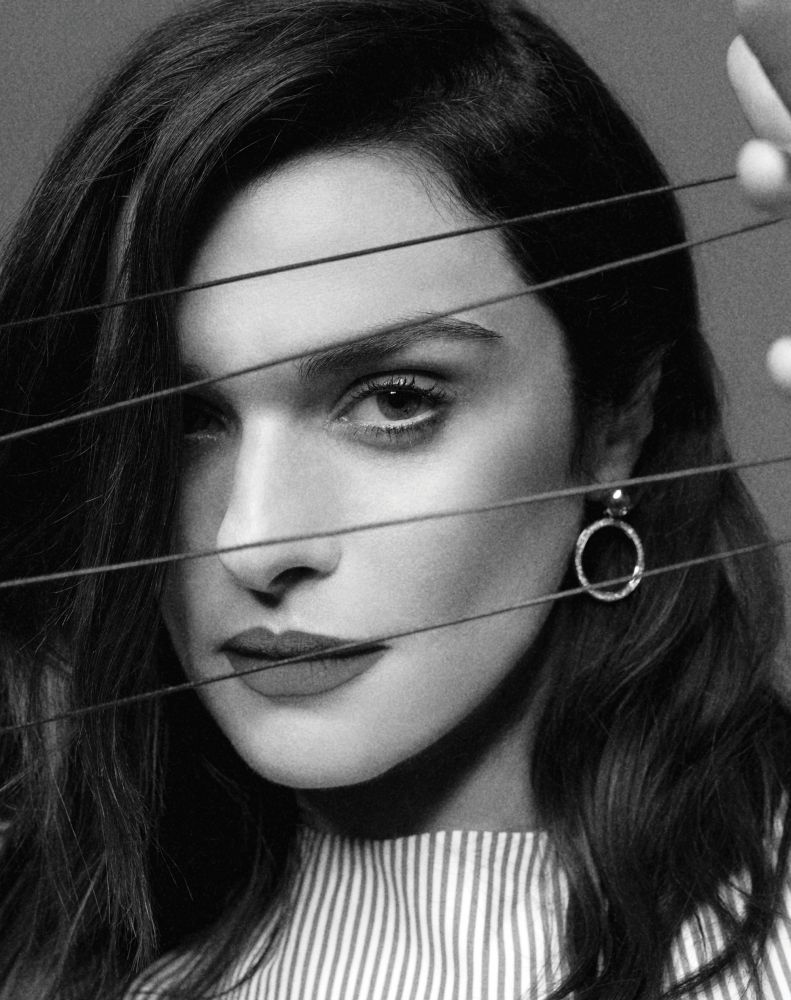 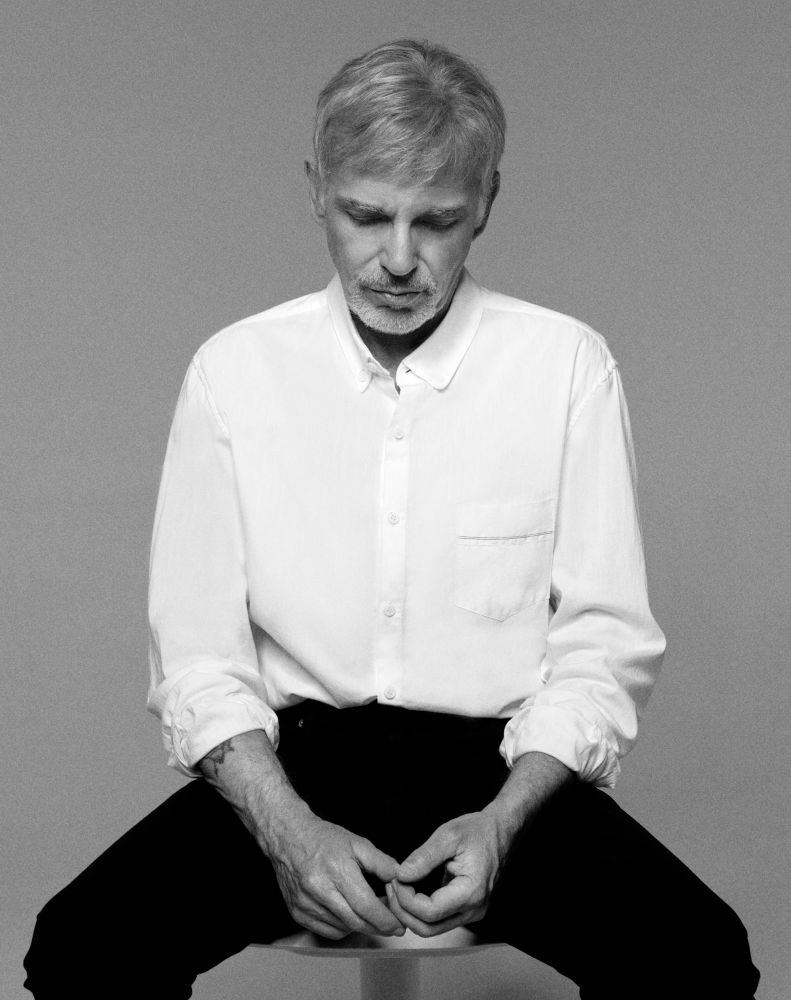 But making a more serious point, he continues: “There’s a strength that comes from working together. If we’re doubtful of something on set, we support each other and communicate. If something’s not working, we work together to find out why and deal with it.

“We also have very different personalities so that helps a lot when working with the talent. Sometimes one of us connects with them better than the other, so it helps to have both bases covered.

“But ultimately, it’s more fun to share in the various challenges and situations that we’ve found ourselves in. Whether it’s terrible or exciting, it’s nice to have a friend with you there to share those experiences with.”

Besides a large portfolio of images featuring some of the most iconic and recognizable personalities in entertainment, the other notable product to come out of the Herring & Herring partnership is their magazine of the same name. And in typical Herring & Herring fashion, a chance commercial shoot with Beyoncé was the unlikely catalyst for the creation of their print title. 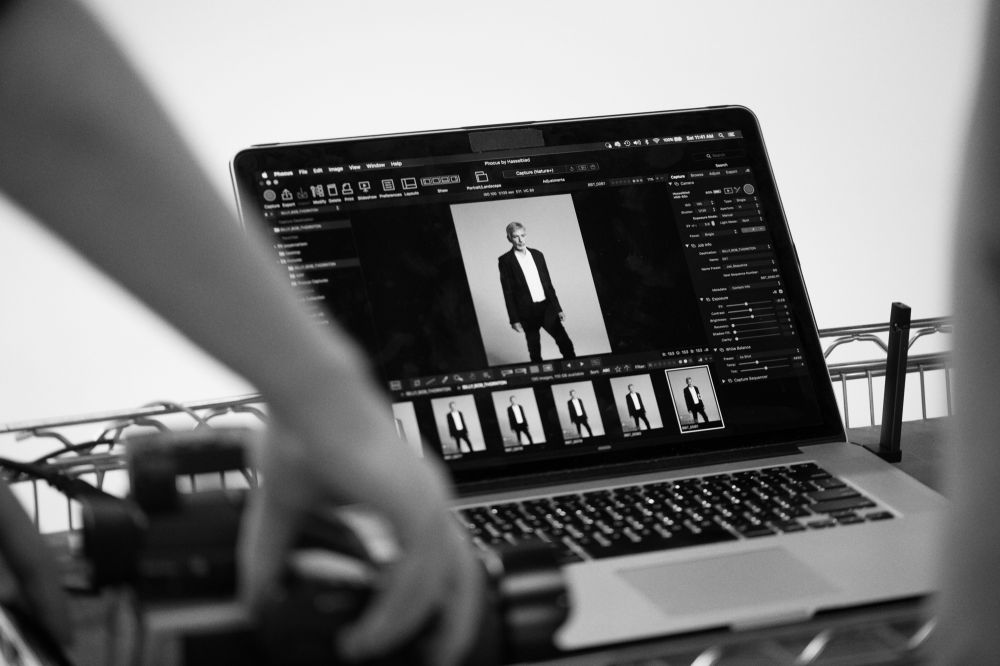 Speaking about how the magazine came about, Dimitri tells us: “We wound up doing this commercial job with Beyoncé, which came out of nowhere. We had never worked with a celebrity before that. From that job, we were paid more than we’d ever made at that point from a single job. At the same time, we had loads of ideas that we really wanted to execute on previous editorial jobs but they weren’t quite right for the publications we were working with.”

So with the financial cushion they’d earned from the Beyoncé gig, the pair decided to take two months off and shoot for themselves. “We turned the images from those two months into a promo magazine, we made a website and some videos to promote it. Then we sent it out to potential clients, as well as clients we’d already worked with.”

On the website, we had a section where you could actually request the magazine and we started getting a bunch of requests. When that happened, we decided to treat it like an actual magazine and reached out to a distributor. We sent him that initial promo and he loved it. 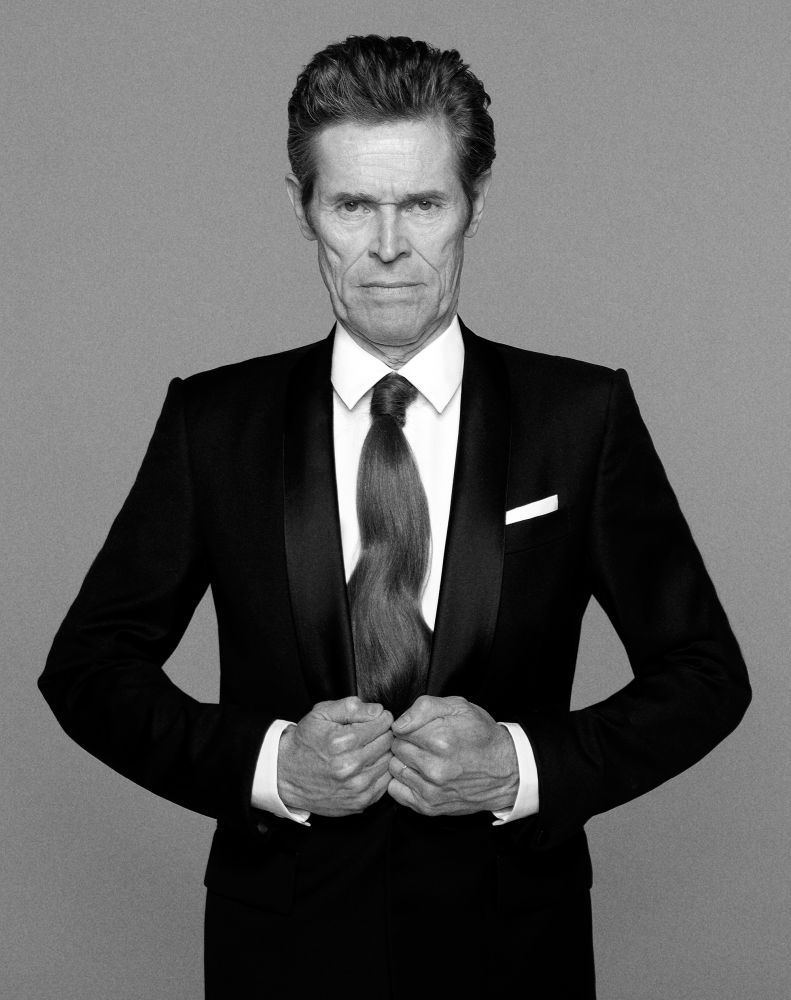 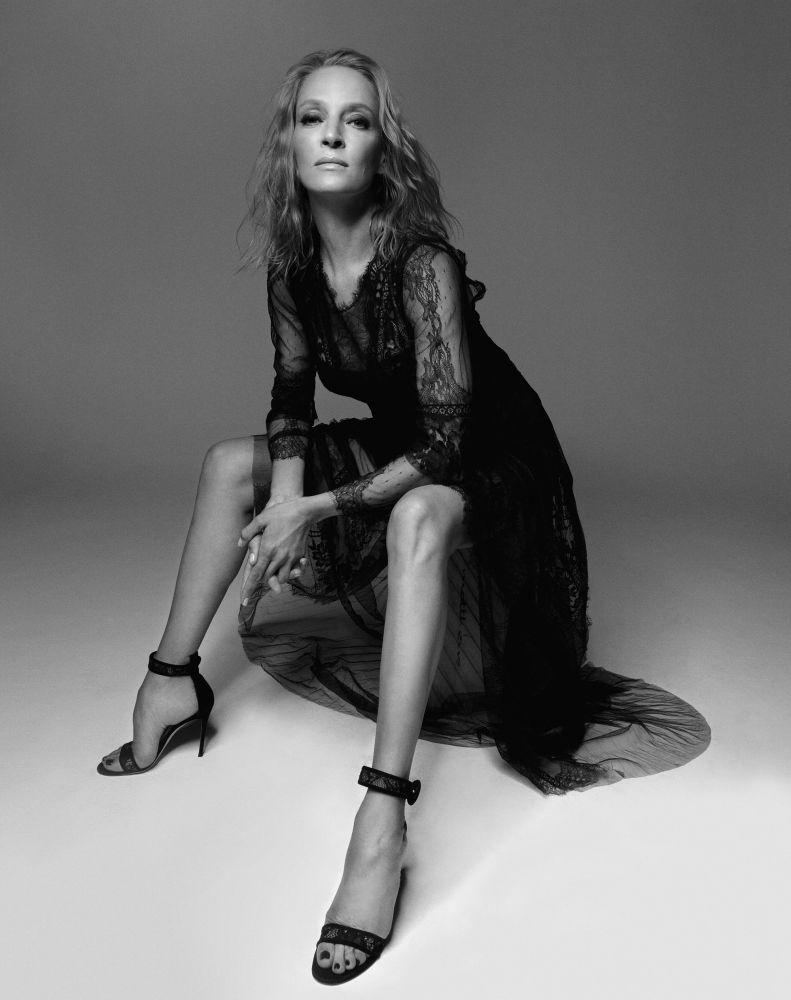 “We didn’t like to think of the first magazine as a ‘celebrity issue’, it was actors and actresses, musicians, you know? Other creative professionals in the entertainment industry,” Dimitri said. Their first issue sold well and received a positive reception, so they decided to continue. “It got a great reception so we plan to continue them in the future. We really enjoy the process and it gives us complete creative control from who goes in the magazine, to where we shoot, when we release it, the paper. Every decision is ours.”

Jesper and Dimitri use the Hasselblad H6D-100c and having delved into the world of magazines Dimitri noted one of the major benefits of using that camera when creating imagery for broad variety formats; from magazines, to web content, to billboards. “We can take a wide image and crop all the way in if we want a portrait. That’s a great thing to be able to do.” 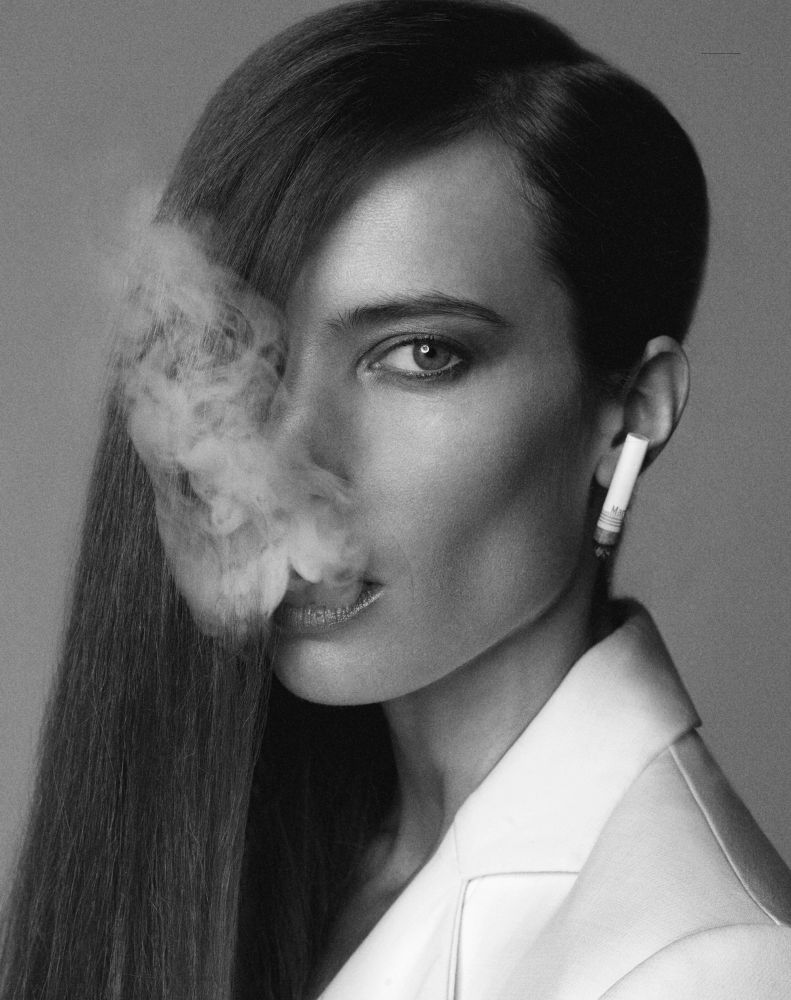 While Jesper was slightly less in awe of Beyoncé, he also enjoyed their first time working with her:

“It was an extremely good learning experience, especially in terms production and planning. But she doesn’t make my kind of music so I wasn’t as excited as Dimitri; I got really excited when we started working with Metallica!”

Herring & Herring became Metallica’s main photographic team, following another chance opportunity to photograph Lars Ulrich. As huge fans of the legendary rockers, the pair had been chasing down the band’s PR representative to try and get them in for a shoot, which seemed to be proving near impossible. Then one day Jesper received an unexpected call from their publicist Brian Bumbery and was offered a shoot with band drummer and co-founder Lars Ulrich, for the second issue of Herring & Herring magazine. 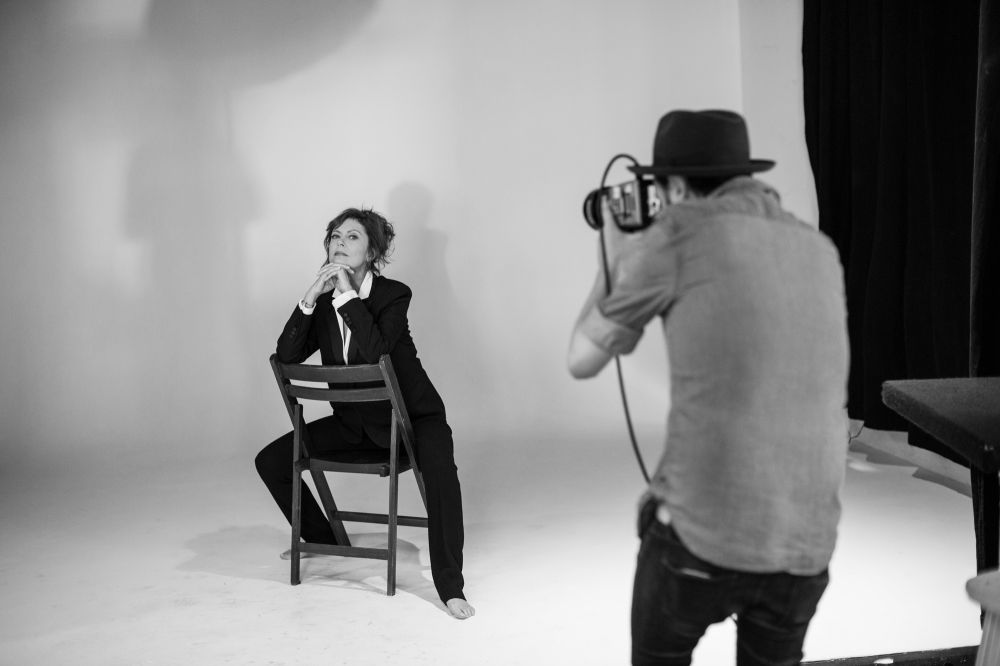 “We were sitting in a restaurant when we got the call about photographing just Lars and of course we said yes. He’s Metallica! On the way to their headquarters in San Francisco we started realizing what was in store for us, we were actually going to meet this guy,” Jesper recalls. 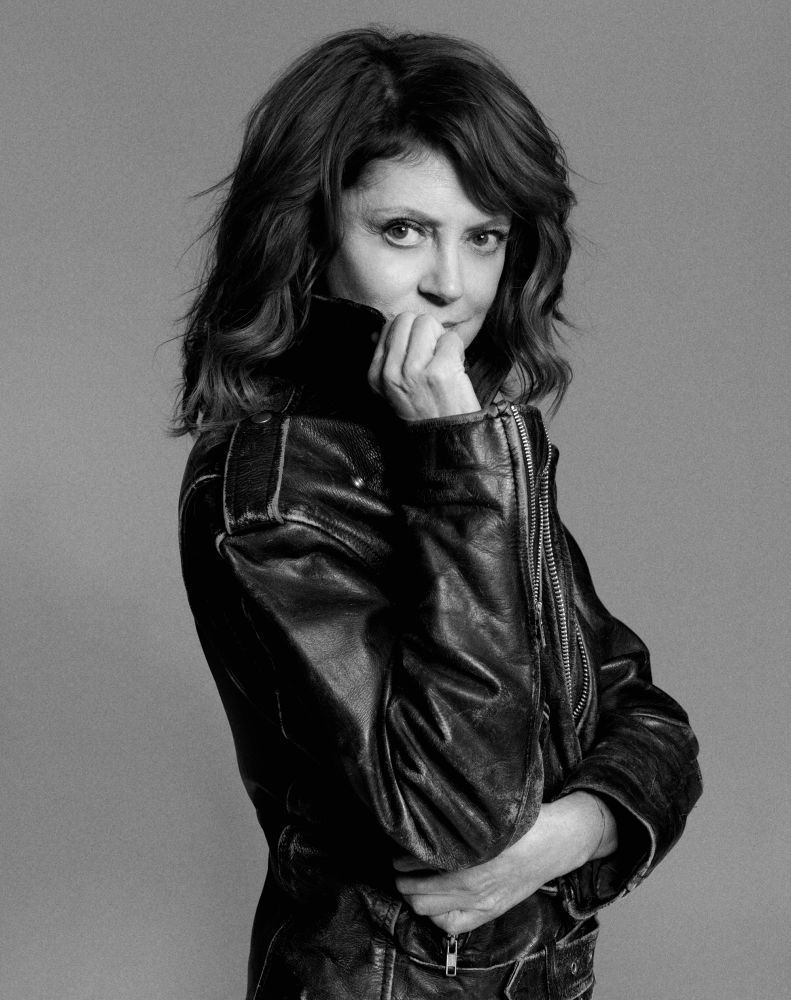 The following photoshoot they did with Lars, and the friendship they subsequently developed with him led to a working relationship with Metallica that was beyond the duo’s dreams.

“It was as fantastic as it could be, maybe even more so. We never imagined that we end up shooting their album cover, music videos and now we’re working on a tour book. It’s beyond amazing.” 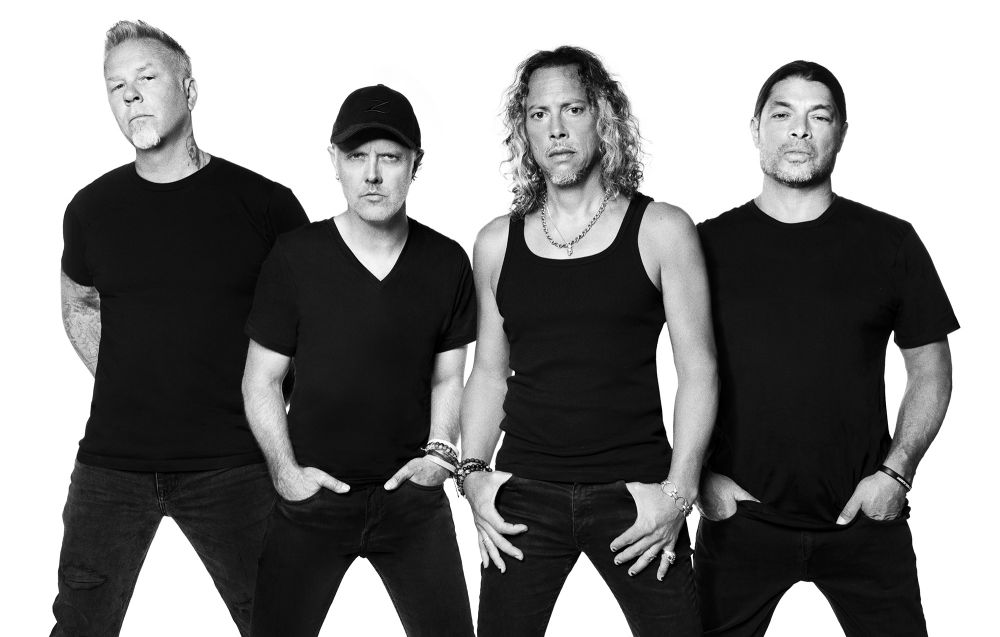 Jesper and Dimitri have managed to forge a number of strong relationships and friendships through Herring & Herring magazine. Discussing the ties the pair has formed through their work, Dimitri said: “Probably, Lars is the best example of that. After that photoshoot we hung out a few times in New York and got to know each other and then the band, and some incredible things have come of that.

Speaking about the strength of developing relationships with their subjects, Jesper said: “You get a vibe with certain people on set and things just click. Through the magazine we’ve gotten closer to our subjects than we do when we are on set shooting for clients.”

Metallica: Now That we are dead 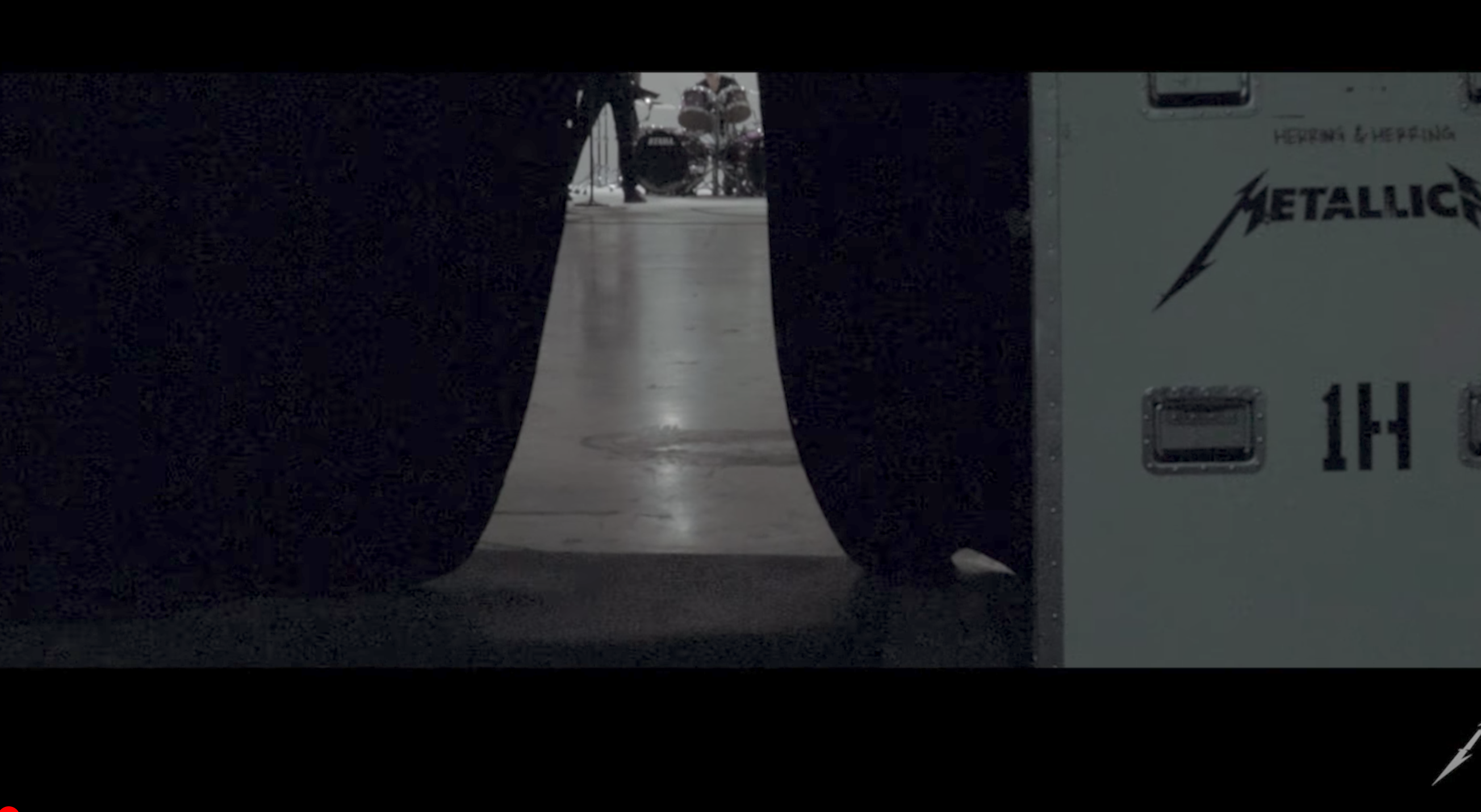 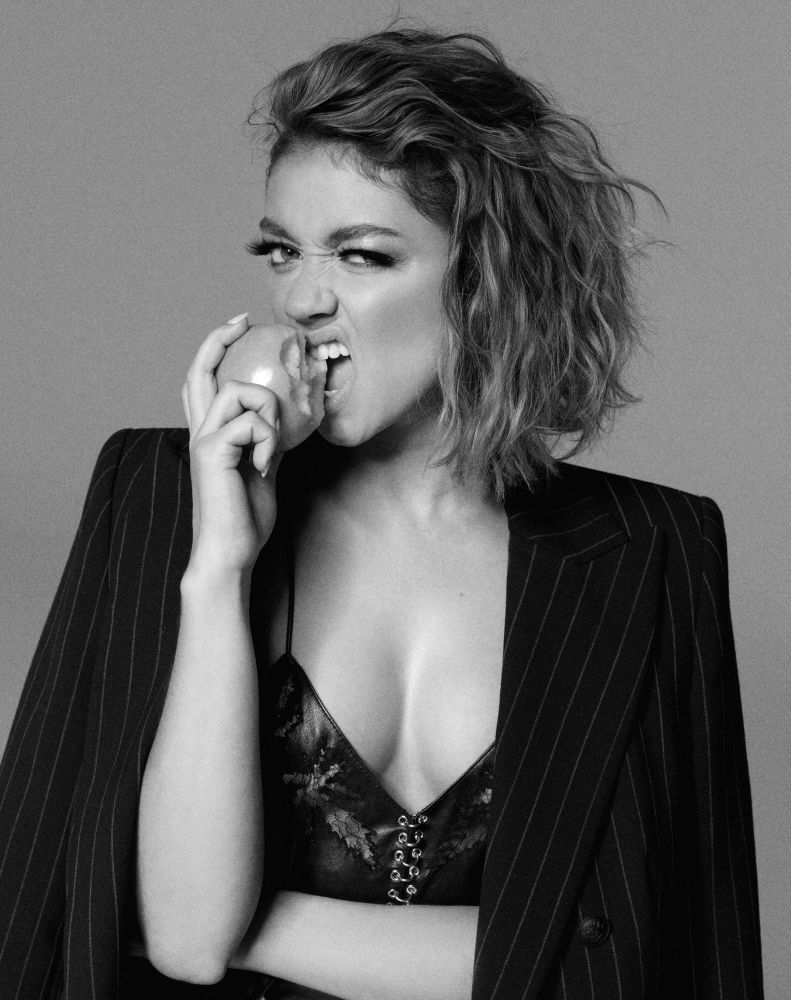 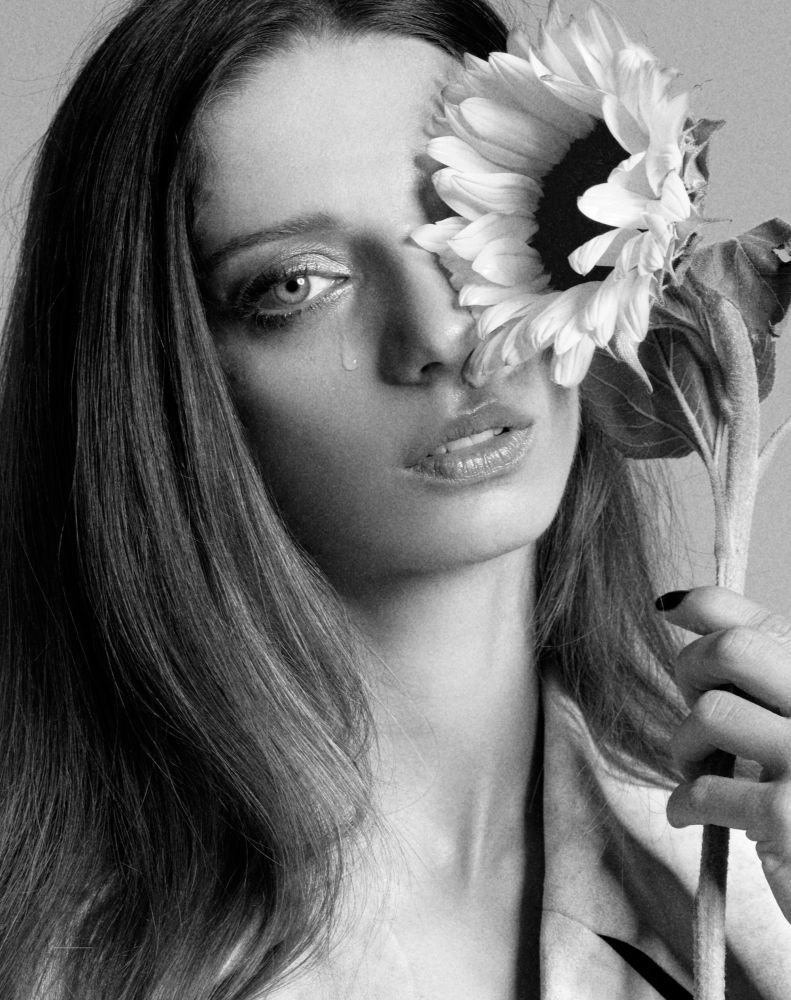 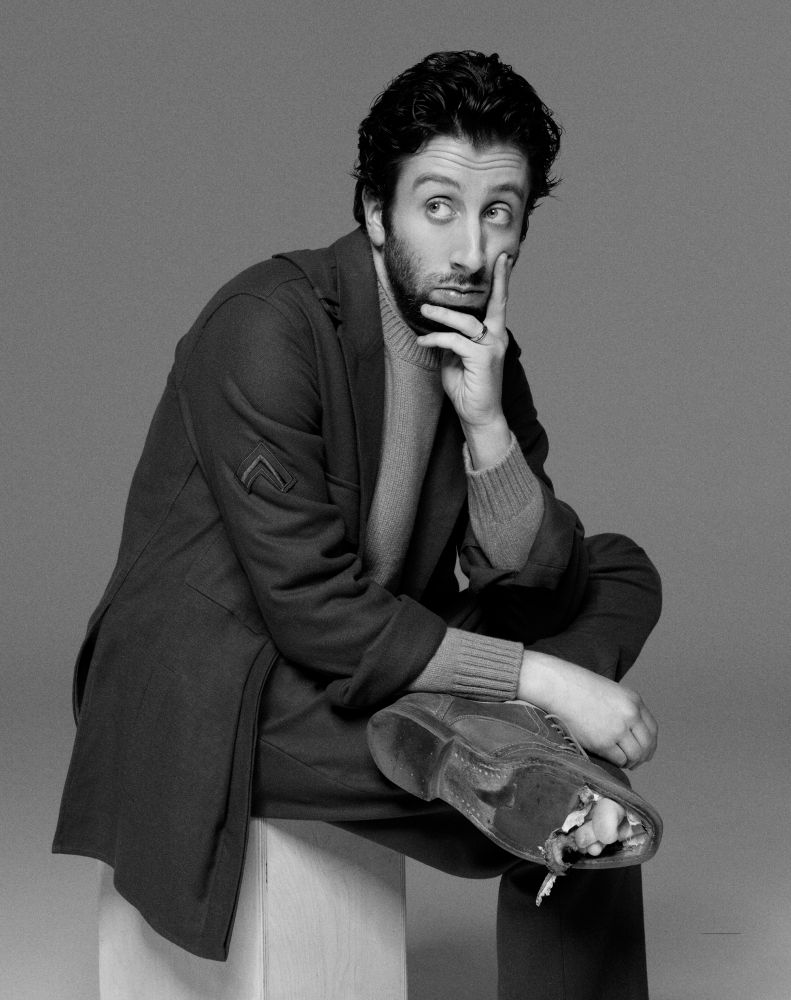 Having used a number of other cameras, switching between medium format, to DSLR camera models and back, Jesper and Dimitri have come to rely on the Hasselblad system for delivering the quality and consistency their work demands. Now using theH6D, paired with theHC 2,8/80mmand 3,5/35mm lenses, Jesper discuss why Hasselblad has become the duo’s camera brand of choice:

“Having worked with the system for a number of years now, it’s a product that we trust. It’s the number one tool in our toolbox and we rely on it completely. Being able to have that level of faith in your equipment is huge.”

“When you’re shooting with celebrities, you can’t be messing around with your equipment when you often don’t have much time,” Dimitri added.

But it isn’t just the consistency of the system that sold Jesper and Dimitri on the H6D, the build and performance also appeals to them. “From the overall quality of the image to the sound. You tend to consider what you’re shooting a lot more than when you’re just firing away with a DSLR. Sometimes we only take five pictures because we don’t need anymore, and I don’t want a 1000 pictures to go through afterwards,” Jesper tells us. With Dimitri echoing his partner’s observations: “The physical weight and scale of the camera, even the shutter sound has an influence over the way that we shoot.”

Learn more about the Hasselblad H6D-100