Well known for his surrealistic, fantastical imagery of scenes that usually can’t exist, Hasselblad Ambassador Erik Johansson’s newest piece, Drained Memories, brings us to a place that feels a bit more down-to-earth. A place without flying fish, broken glass lakes, or full moon service personnel, but instead a scene that, at some previous time, was so full of life. Using his H6D-50c and HCD 35-90mm Lens, Erik explores the relatable notion of nostalgia and the idea of a how a time and place used to be in our memories.

"I wanted to create a place that feels like a spot that you recognize, a place that you return to, almost like you return to your past but there is something different about it," says Erik. It was a piece that he had in mind for quite a long time, having shot the material for most of it in Senja, Norway about two years ago. Unsure at that time when and how he would actually use it, Erik brought it back to the surface in the last months. Although it appears to be taken in one location, it’s actually consisting of a few different spots but from the same area in Norway. All the rocks come from one single location, but while shooting, unexpected fog rolled in and Erik found it hard to capture this perspective perfectly from just one spot. The left side, the right side, and the foreground of the photo are all taken from different locations within the same area and later layered together in postproduction, as Erik usually does in his work. In order to create the most realistic scene possible of Erik’s vision, both the diving tower on the left and the pier on the right were photographed separately in Sweden and later added in. To add even more detail to the scene's story, Erik photographed an inflatable beach ball and a single boat paddle individually and seamlessly blended them in. 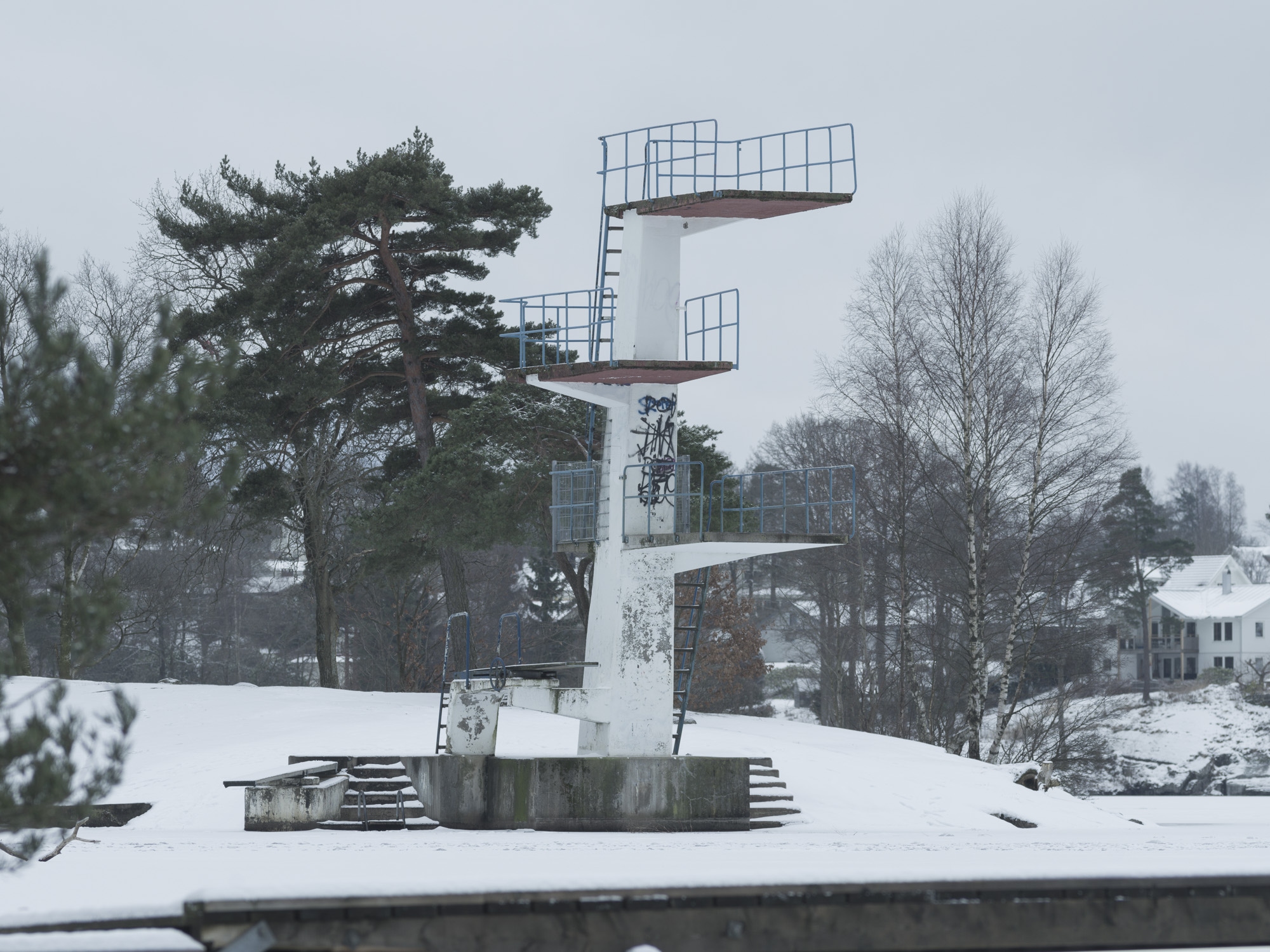 Drained Memories relates to the simple idea of coming back to a place that is somehow different compared to how you once remembered it. The lone figure standing in the foreground of the photograph looks upon the scene of the drained lake, trying to recall the memories of previous summers in the water. Anyone that has returned to a place they once lived in or visited and built up memories there can relate to this idea of returning and comparing the past and the present. “In a way, being from Sweden originally but living in Prague, I sometimes think about that when I come back to places from my childhood in Sweden. I think living abroad makes me generally more nostalgic and thinking about the past in a more glorified way. When you don’t live in your home country and come home once in a while, it brings back memories. I guess I reflected that in my piece in my own way, somehow,” explains Erik. 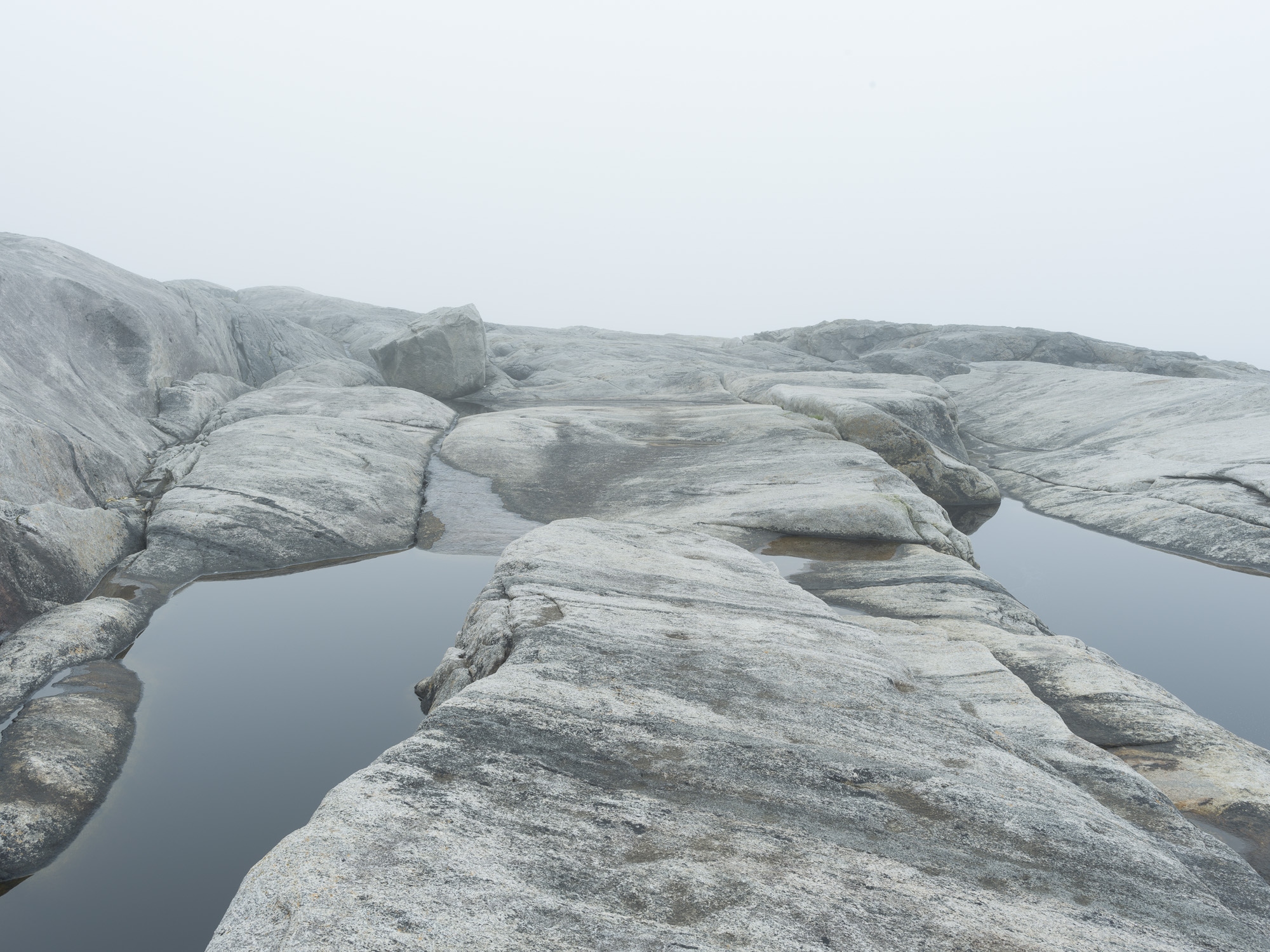 Erik and the Hasselblad Quality

Erik is loyal to his H6D-50c and although his newest piece portrayed a different style, he still used his same Hasselblad camera. Erik first fell in love with the Hasselblad quality a few years ago while doing retouching work for a few photographers who were using Hasselblad cameras. While editing the Hasselblad files they sent to him, he realized these photos were something completely different regarding their crispness and the way it reproduced colours. After that, he made it his long-term goal to get his own Hasselblad camera.

When it comes to using his Hasselblad H6D-50c, it’s not just about the resolution. “It’s also about the colours and the feel of the image that I really like with the Hasselblad cameras. Compared to shooting with other cameras, I feel like it has a bit of a different feel to the images,” says Erik. Heavily working with postproduction platforms, it’s critical for Erik and his work that he captures everything perfectly from the start. “The final image I create will not get better than the material I start with, so the camera is definitely the most important tool in the process.”

Swedish photographer and Hasselblad Ambassador Erik Johansson has been working professionally in the photography world for the last 10 years. Highly inspired by surreal artists, such as Salvador Dalí, M.C. Escher, and René Magritte, Erik's work transports the viewer to dreamlike scenes using multiple photographs layered onto each other. To see more of Erik's work, visit his website.

BRING YOUR CREATIVITY TO LIFE WITH THE HIGHEST QUALITY