The beginnings of the Hasselblad camera line are found in the aerial ROSS HK-7. Although not Hasselblad’s first consumer camera, the HK-7 was the kick starter that Victor needed in order to open up his company’s first production space under the name Ross AB, which later led to the Hasselblad we know today.

The year was 1940 and the Swedish air force was struggling to equip themselves with the right aerial tools. At 34 years old, Victor had gained quite a reputation for himself as a camera expert. He had published several articles on photography and technical issues, and of course, his family’s name was on the most successful photo supply chain in the country. It was almost a given that the Swedish military would turn to Victor for help. An intact German aerial surveillance camera was recovered on Swedish soil, becoming the inspiration for the HK-7. When the air force asked Victor to make a camera like the recovered one, Victor's reply was, "No, not one like that, but a better one."

That April, Victor established a camera workshop in the shed of an automobile factory in central Gothenburg. Close by was a junkyard, a resource that came in handy and supplied much-needed raw materials. In the evenings, with the help of the extremely talented mechanic from the automobile workshop and his brother, Hasselblad began reverse engineering the German camera and designing what would be the first Hasselblad camera, the HK-7. Within a few months, the company had a proper factory with twenty workers and later, in 1941, the small business moved into proper premises and began serial production of the handheld HK-7.

THE DETAILS OF THE HK-7

Between 1941 and 1943, a total of 240 HK-7 units were produced, measuring 31x26x17.6cm and weighing 4.8 kilograms with a 13.5cm (135mm) lens attached. The camera featured a basic set of shutter speeds from 1/150 of a second to 1/400 of a second, with the shutter placed behind the lens. The camera used 80mm film and produced a 7x9cm image, revolutionary for the era as other models featured less precise technology. By improving the mechanics and precision of the camera, aerial photographs could be captured with significantly improved reliability and accuracy. 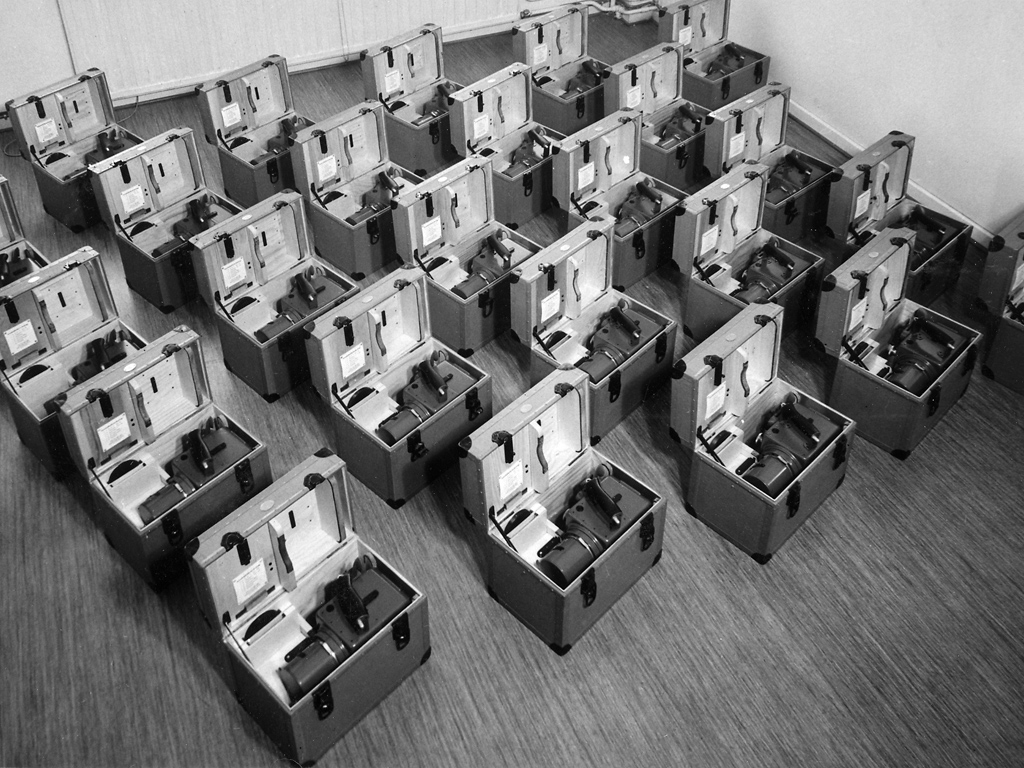 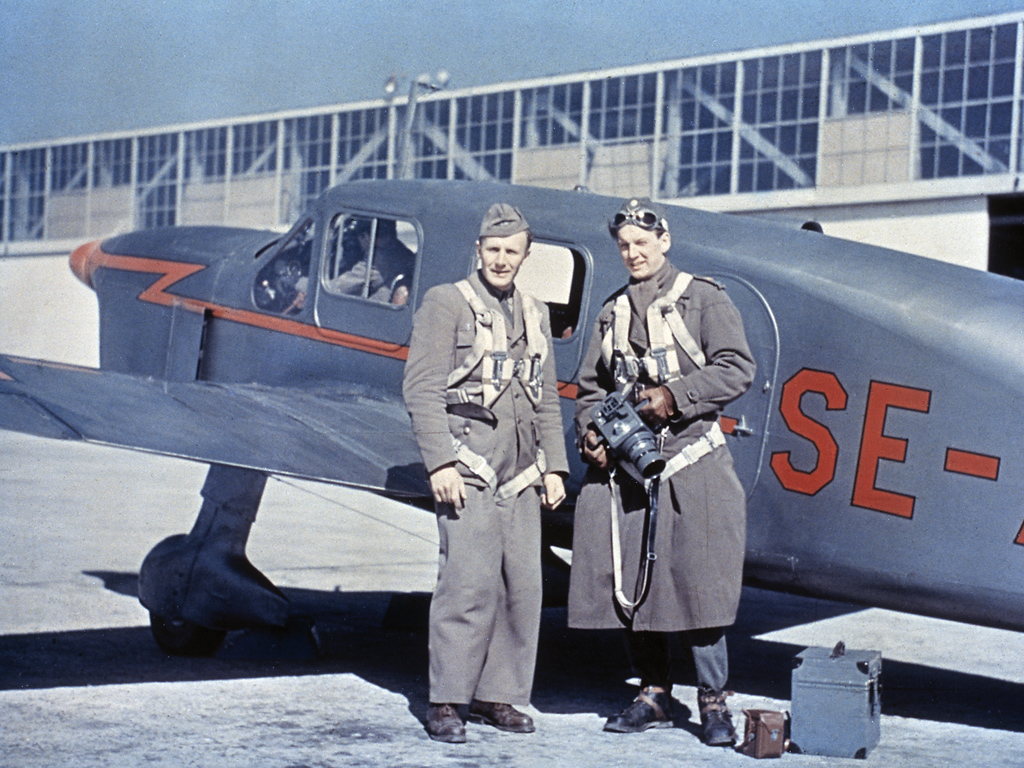 At the end of 1941, Victor received a new order from the Air Force for a new camera, this one to have a larger negative format and a fixed mounting in the aircraft. The military was extremely pleased with both the HK-7 and its successor, the SKa4, which had several unique features that would prove important for Hasselblad´s post-war production, including interchangeable film magazines. 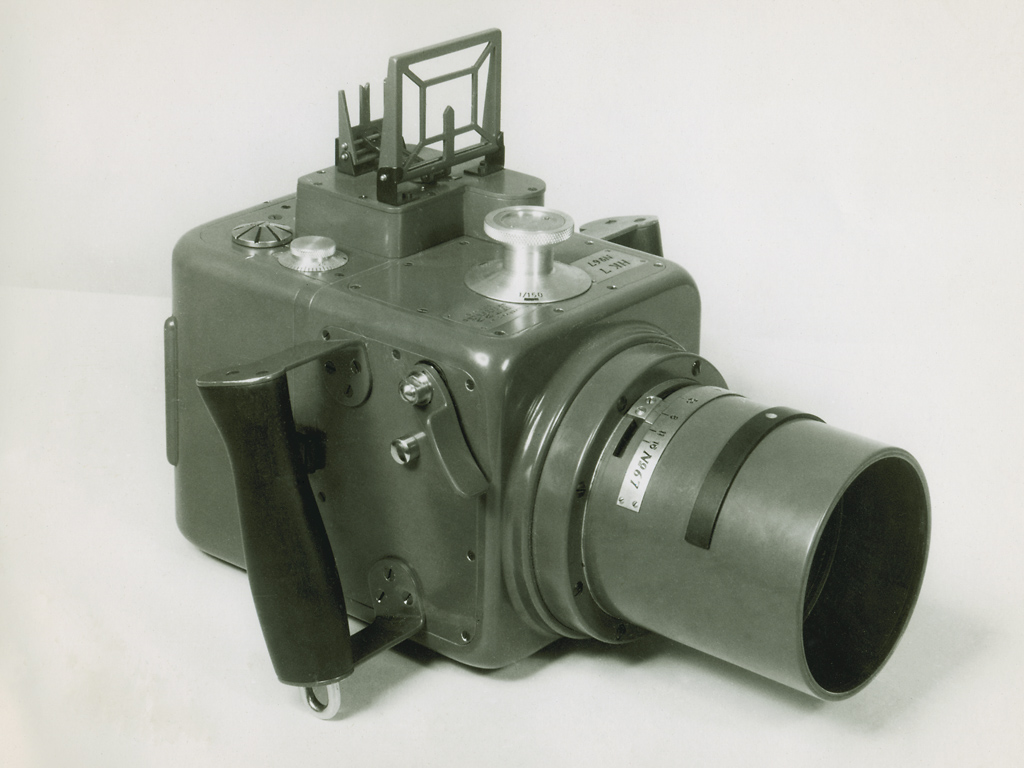 In total, Hasselblad delivered a total of 342 cameras between 1941-45. Victor viewed the production of military cameras as merely the first step towards the development of a consumer camera, saying that he did not intend to make cameras solely for the military. He had his sights set on the public with a new type of camera – a top-quality, portable camera that would fit in his hand.

Everyone who ever interacted with Erna and Victor Hasselblad was struck by how much the two belonged together.