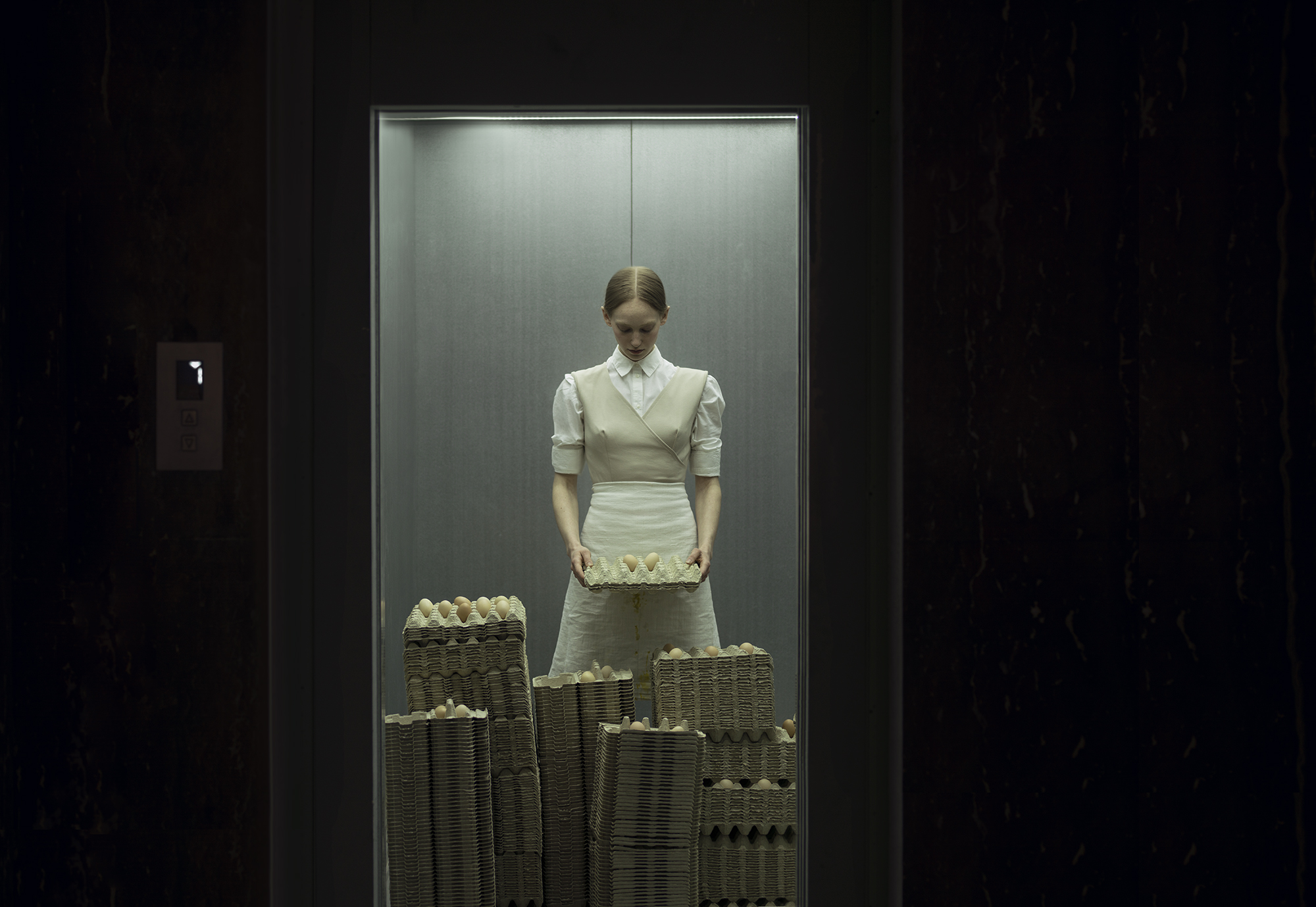 Natalia Evelyn Bencicova's work is never quite what first appears to be. Her photographs depict meticulously controlled compositions characterised by aesthetic sterility, tinged with poetic undertones of timeless desire and longing. Natalia Evelyn constructs compelling narrative-based scenarios that blur the lines between reality, memory and imagination — or “fictions based on truth”. Her work invites viewers into her imagination, often using a washed-out colour palette set within curiously symbolic environments.

“For me, starting isn't the moment when you pick up your tool of expression whether it’s a camera, pen or brush. Rather, it’s the time before which I’ve spent daydreaming and imagining the stories which I create inside my head. My inner world is definitely where my work comes from.”

Natalia Evelyn is also the 2016 Hasselblad Master of the portraiture category.